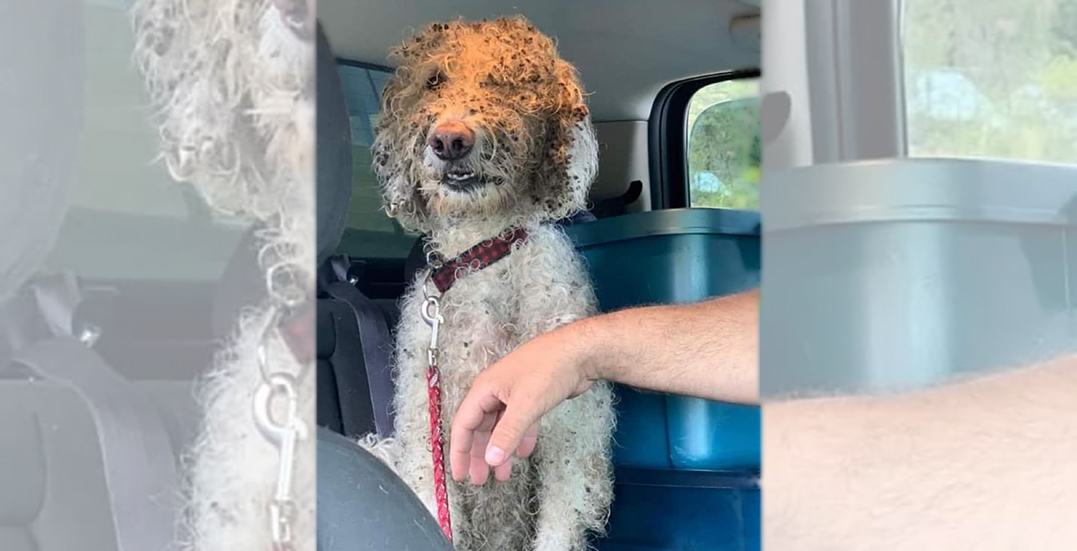 A dog lost for three weeks in the wilds of British Columbia was finally lured back to his family thanks to some tasty treats and a visit from his canine best friend.

Mordecai — or Mordy — a three-year-old Labradoodle, got loose and went missing in the Allison Flats area of Princeton, BC, during a three-hour drive from Penticton to his owner’s home in the Fraser Valley. 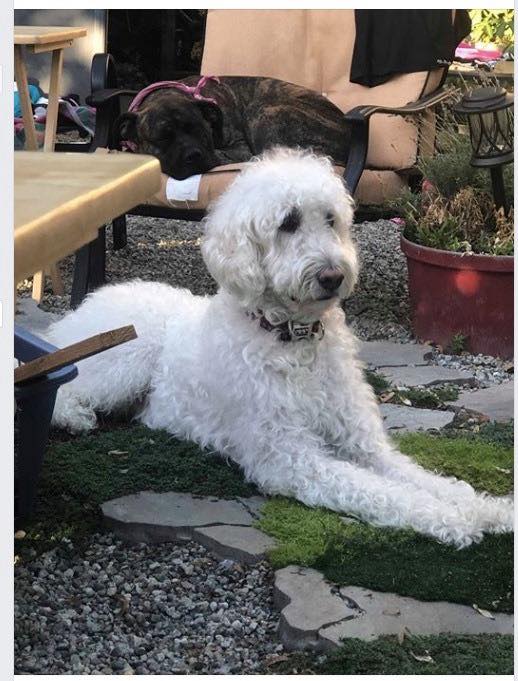 Although there were multiple sightings of Mordy, the issue was catching him because of how nervous and anxious he is.

Owner Angie Palfrey, who lives in Abbotsford, describes Mordy as being very shy and skittish and says that while he loves dogs, he’s often very leery around people.

“Even before getting lost he was a very anxious dog,” she says. “His skittishness combined with the fact that he was in survival mode make it virtually impossible to catch him.”

Over the course of three weeks, there were multiple sightings. The family even saw him but he wouldn’t respond to their calls. They even hired a professional pet searcher company but had no luck.

After endless hours of searching and countless trips between Abbotsford and Princeton, the family finally ran into some luck over the weekend.

On Sunday morning, Palfrey was notified about sightings along the trail of the Terry Fox Run in Princeton.

“These calls were different from the rest,” she explains. “Instead of Mordy being scared off, he was sticking around and watching people. I took that as a sign that something had changed.”

Palfrey’s in-laws took to the trail along with Chilli, Mordy’s best dog friend.

“They spotted him in a busy area… when my sister-in-law caught sight of him she sent Chilli in after him,” says Palfrey. “Out of the bushes came Chilli, Mordy right there with her.”

Her in-laws then used a cheeseburger to keep him close long enough to catch him and bring him to the truck. 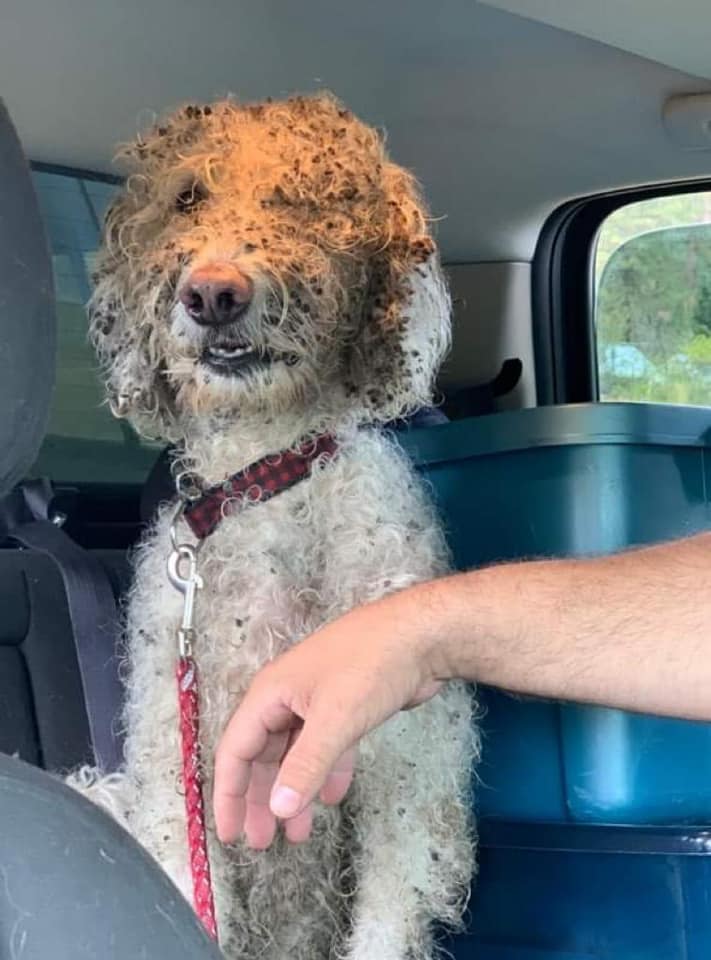 “If it wasn’t for Chilli he never would’ve come out,” she continues. “I jumped off the couch yelling and crying, telling the kids … that he was finally caught. It was hard to believe.”

After a visit to the vet, it was found out that Mordy lost 10 lbs while he was lost. He also had an eye infection, blisters on his front paws, and some cuts and bruises.

“The vet prescribed him some antibiotics and a recovery diet, but otherwise he’s okay!” says Palfrey. “He’s calm and his heart sounds great — definitely in better shape than anticipated for what he went through.”

Mordy’s family also says that they had an unbelievable amount of love, help, and support from family and friends, as well as the community of Princeton.

“Hearing that he was safe and in loving hands, it was like all the stress and heartache had melted away,” explains Palfrey. “None of this would have been possible without the community’s constant concern and help.”

“[They] were our eyes, ears, hands, feet, minds, and hearts for me and my family when we couldn’t be there. There are no adequate words to sufficiently thank you all. ”