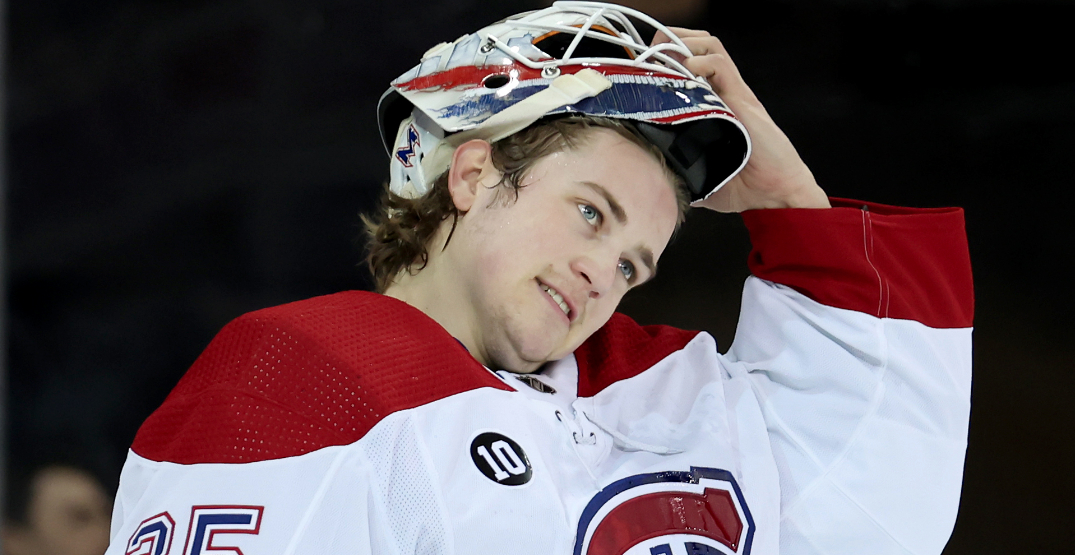 The Montreal Canadiens have at least one piece of their goaltending puzzle solved for the upcoming season after locking up netminder Sam Montembeault to a two-year, one-way contract extension on Monday.

His contract is worth $1 million annually, according to Marc Antoine Godin of The Athletic.

The Canadiens have agreed to terms with goaltender Samuel Montembeault on a two-year, one-way contract extension (2022-23 to 2023-24).#GoHabsGohttps://t.co/BWvQHUDocs

The 25-year-old Montembeault went 8-18-6 with a 3.77 goals-against average and .891 save percentage last season as Jake Allen’s backup. He was originally claimed off waivers by Montreal from the Florida Panthers early last season and has 17 wins in 63 career NHL games.

He underwent wrist surgery, performed by Dr. Robert Hotchkiss at the Hospital for Special Surgery in New York, on Friday, May 6, and is expected to be ready for the start of training camp in September.

The Canadiens also have Jake Allen and Carey Price under contract next season.

Price, who underwent a clean-up procedure after missing most of the year because of ongoing issues as a result of knee surgery, is expected to be back with Montreal for the start of next season.