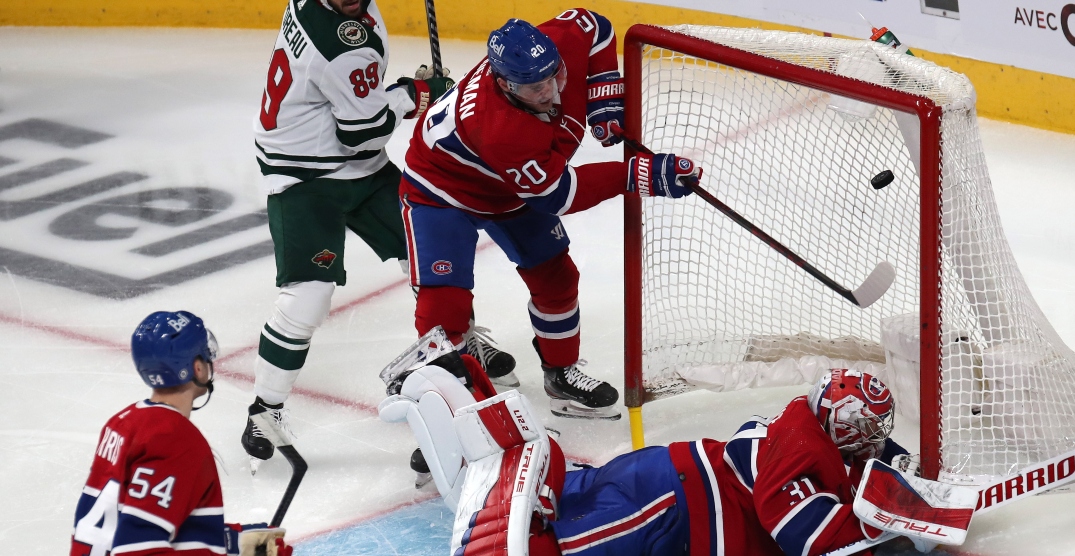 The Montreal Canadiens finally have Carey Price back between the pipes, but that’s as far as the good news goes in terms of happenings in the crease.

Going back to Game 5 of the Stanley Cup Final in July 2021, the Canadiens have given Price zero goals in three consecutive starts.

During the 34-year-old’s highly anticipated season debut on Good Friday, the Canadiens fell 3-0 to the Islanders. Then, on Tuesday night — Price’s second start of the season — the Habs lost 2-0 to the Minnesota Wild at the Bell Centre.

The loss was also the sixth consecutive for the Canadiens, who remain dead last in the overall NHL standings with a paltry 20-46-11 record.

The Habs have only scored 197 goals this season, the lowest in the Eastern Conference.

No goal support for Price aside, the Canadiens are on completely opposite ends of the spectrum compared to last season when they made it to the Finals against the Tampa Bay Lightning.

As it stands, the Habs are on pace to post their lowest total since the 1949-50 season.

the montreal canadiens when asked to score in front of carey price pic.twitter.com/DiwXyd3arz

Somebody please rescue this man out of Montreal