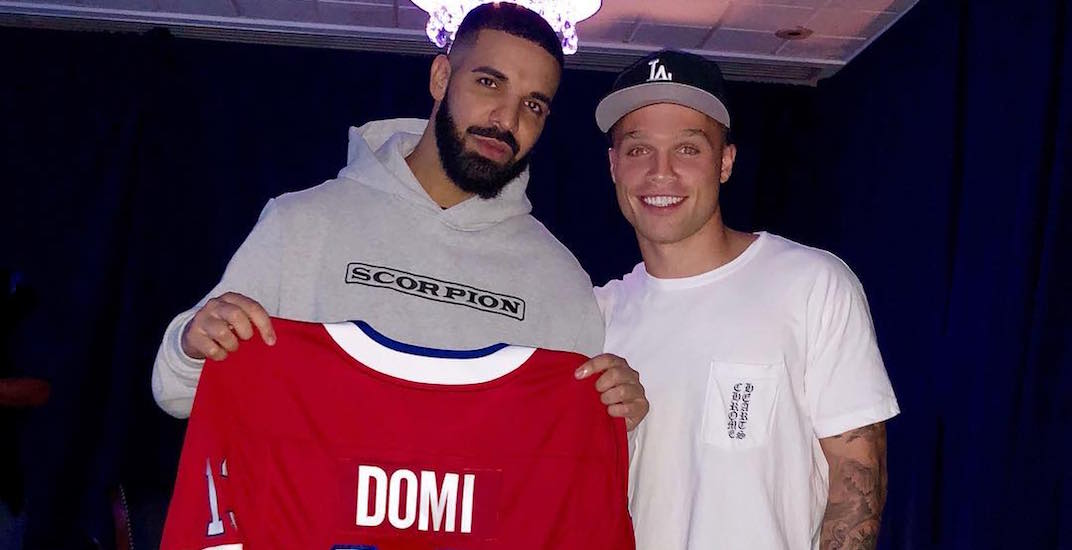 Social media has made connecting with your favourite NHL players off the ice easier than ever.

With a new season right around the corner, let’s turn to Instagram to look at which Canadiens deserve your follow.

Everybody loves a great hockey bromance, but nothing pulls at the heartstrings like a player’s special moment with their kids.

Price’s Instagram is filled with these kinds of photos that’ll warm your heart.

There’s no getting around it – Jordie Benn is one classy man.

Not a big selfie guy but when you get hooked up from @petegrey at @salonespacec kinda have to. Thanks again for the haircut and beard tighten !!!

Before l talk about how excited l am about signing with the @canadiensmtl , I want to take a second to thank the @detroitredwings organization and the city of Detroit for giving me an opportunity to make my debut in the NHL—it was an amazing experience! The cities of Detroit and Grand Rapids brought me so much. It was an honor to wear the Redwings jersey and I’m sad to leave Michigan behind as I move back home to Montreal. Thanks again to all my teammates, all the fans, and the organization. #detroit #RedWings Maintenant c’est le temps de dire a quel point ma famille et moi sommes excité pour ce nouveau depart à Montreal, la ville ou j’ai grandi, devant le support de ma famille et mes amies. Now l want to say how truly excited my family and l are about this new opportunity in Montreal. A fresh start in my hometown in front of my family and friends is going to be amazing. #montreal @canadiensmtl

There are many reasons to like the Canadiens’ new blueline addition. Xavier Ouelett’s a local product, has an adorable daughter and overall just seems like a really nice guy to be around. His creative Instagram handle nets him bonus points too.

Drake may originally be from Toronto, but Max Domi’s got him repping the red, white, and blue.

Great seeing you brother. What a show. Bell Centre was 🔥. Much respect for everything you do @champagnepapi 🙏 🐐

If this isn’t the cutest way to announce a contract extension, I don’t know what is. My only question is how many takes it took to get the photo perfect.

Philip Danault’s contract announcement photo may have looked more candid, but there’s no doubt that Paul Byron and his family are equally excited to be staying in Montreal.

My family is also happy to be staying in Montreal 🔵⚪️🔴

Charles Hudon is only 24 years old, but he’s a seasoned veteran as far as being a family man goes.

Drop him a follow for a peek at his summer wedding, Canadiens charity events and everyday adventures with family and friends.

If you like both the Canadiens and cute dogs, Nikita Scherbak’s a must follow. If you’re in it just for the adorable Frenchie, you can find his own Instagram tagged on Scherbak’s page as well.

Me and @itsoscarthefrenchie wishing everyone a good weekend ✌🏻

Arturri Lehkonen’s Instagram has become a running tally of a competition he’s been holding with his childhood friend Santeri from Finland.

Big thanks to @emmirydenfelt for hosting us! Last event will be Fortnite today starting 3pm ET where I am teaming up with @shawz65 and Nipa with my brother! You can follow it at twitch.tv (Channel Nipahog)🤘

Lehkonen and Santeri made a bet that if the former lost in any one of ten one-on-one sports competitions, that Lehkonen would have to fly Santeri out to Montreal for a vacation. Lehkonen’s taken the W in all of the competitions thus far, though we’re waiting on the edge of our seats to see if Santeri can squeak out a win in the last game.

Jacob De La Rose is one of the most active Canadiens players on Instagram – documenting all of his offseason adventures; many of them alongside Nashville star Filip Forsberg.

Third overall pick Jesperi Kotkaniemi made his first big-ticket purchase following his entry-level contract agreement; treating himself to an Audi in the summer.

We’ll stay tuned to see which car he picks up in Montreal.

Andrew Shaw’s a hard-nosed, gritty player on the ice, but he’s not afraid to show his soft side off it.

Nine of his last 10 posts feature kids or dogs, so if you like either, Shaw’s Instagram is the place to be.

Times have been tough for the Canadiens in recent seasons, but Brendan Gallagher has remained a loyal soldier through and through. When the 26 year old’s not scoring goals on the ice, he’s going out in the local community to brighten others’ days.

We were lucky to have the chance to meet and handout Christmas gifts to so many great kids today. 😁 …. Cant tell whose the happiest in the picture our little buddy or @delarosejacob

Show the seventh year Hab some support by checking out his page.

Standing at 6-foot-1 and 216 pounds, Nicolas Deslauriers is an absolute unit.

It’s always interesting to watch the training regimes of pro athletes and in Deslauriers, you’ll be getting insight into how he stays agile in spite of his towering frame.

From a mountain of a man we go to a mountain man, Brett Kulak. Kulak, who was acquired by the Canadiens on Monday, is the newest addition to the team.

Following the theme of training clips from Canadiens players, we land on Tomas Plekanec.

The long-tenured Hab is part of a diminishing breed of NHLers 35-year-old and over and it’s clear he’s able to do so because of his impressive commitment to conditioning.