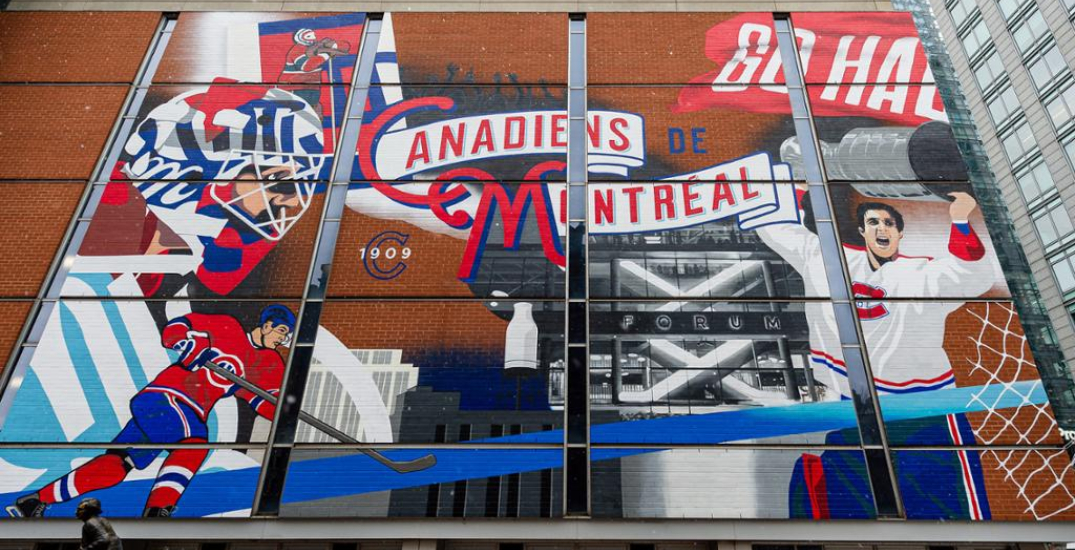 The Bell Centre got a bit of a face-lift on Friday as the Montreal Canadiens unveiled a new permanent mural on the east and north side of the historic building.

Entitled “Generations of Greatness,” the urban graffiti is part of eight projects in Metropolitan Montreal’s “I Love Working Downtown” initiative.

The mural was designed and created by Montreal-based street artist Marc Sirus. It measures 18 metres wide and 12 metres tall and includes an homage to the Habs’ original logo and the founding year of 1909.

“We’re constantly working to enhance the Bell Centre’s reputation as a world-class entertainment venue, and the creation of this mural serves as a dynamic means to both welcome everyone who arrives at the arena as a guest or passes by on their way to or from their workplace in downtown Montreal,” says France Margaret Belanger, President of Sports and Entertainment, Groupe CH.

Belanger says a second phase of the Canadien’s creative project will feature an “expansive lighting installation” on the outside of the Bell Centre in the coming months.