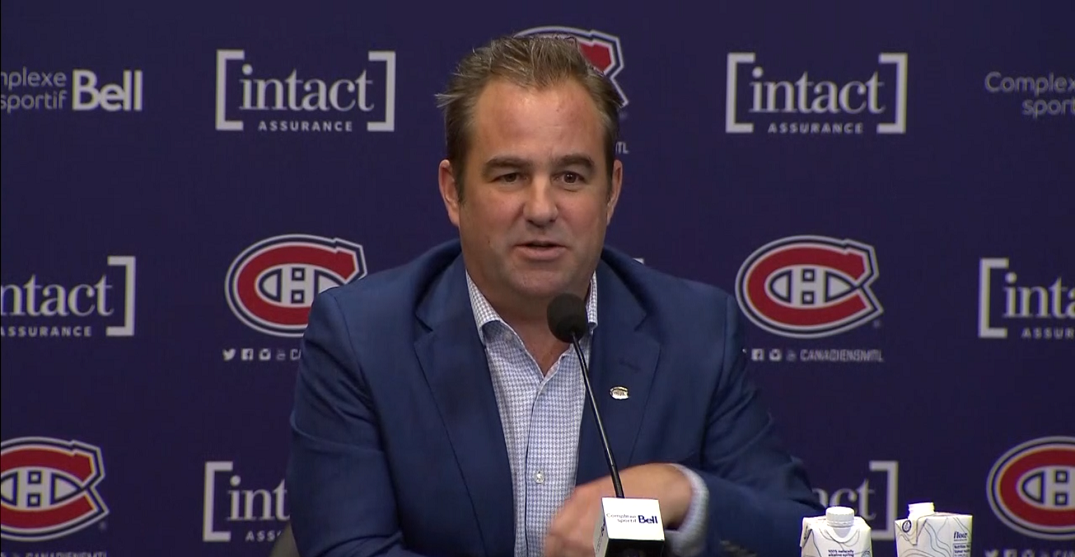 Montreal Canadiens owner and CEO Geoff Molson has a lot on his plate these days.

With a 6-15-2 record, the Habs are tied for their second-worst start in their 104 seasons in the NHL.

On Monday morning, Molson met the media for the first time after he officially fired Canadiens general manager Marc Bergevin yesterday after nine years in the role.

Molson touched on many topics during his press conference, mentioning the team’s need for “a fresh start.” One of the changes he broached was the team’s use of a two-pronged management approach.

Former New York Rangers general manager Jeff Gorton was brought in Sunday as executive vice president of hockey operations, with a new general manager to be hired in the future. Molson added that Gorton’s contract is “long-term.”

One of the nuggets that Molson breached during his near-hour-long media appearance was the Canadiens adding new mental health supports.

“We’ve begun the process of formalizing a medical performance team. The focus will be on our players off the ice,” Molson added. “We’ll be adding resources for players and staff throughout the organization in all areas related to athlete wellness and mental health. We see these additions as a critical component to our success.”

While Molson didn’t name anyone directly, there’s a clear undertone from his comments. Prominent players from the Canadiens that have taken personal leaves from the team in the past year for mental health reasons include Carey Price and Jonathan Drouin.

Molson also said that an “exhaustive” search is underway for the Canadiens’ new general manager. But to his knowledge, Molson said Dominique Ducharme would remain the team’s head coach for the time being.

“As far as I’m concerned, he’s the coach, and he’s staying there,” Molson said.

Molson says he’ll leave “hockey decisions” up to the management team he has in place.

“I don’t make the coaching decision,” Molson added. “I haven’t even discussed that with them.”

The Canadiens meet the Vancouver Canucks tonight at 7:30 pm ET at the Bell Centre in the first game of the Gorton era.