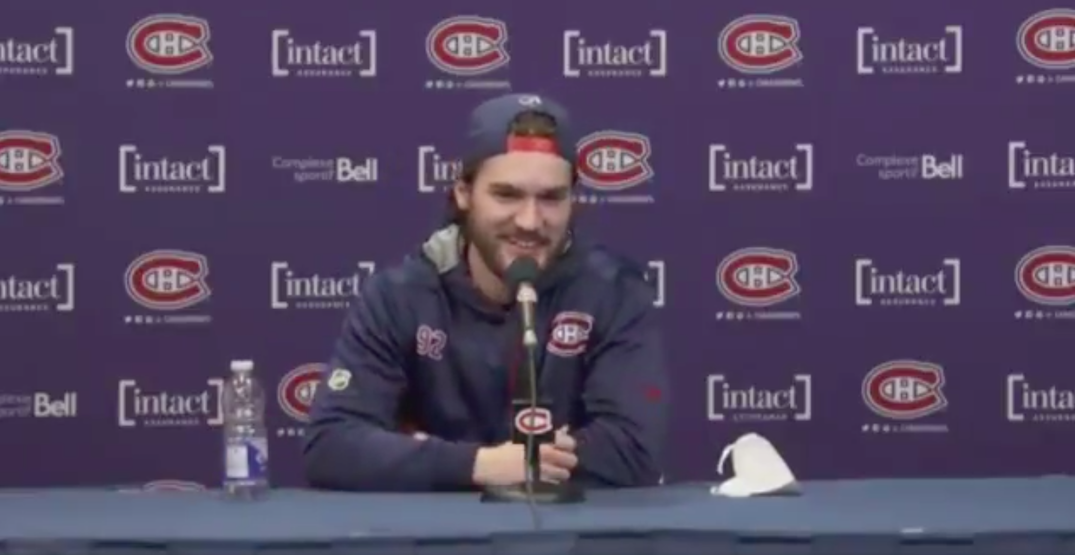 A Montreal Canadiens press conference concluded with a relatable blooper.

While Zoom has become a big part of socially distanced lives, it is not flawless. These flaws were shown in full effect during the final moments of an interview with Montreal forward Jonathan Drouin.

With the Montreal press conference wrapping up, TSN’s John Lu was hoping to ask the Habs forward one more question. Unfortunately, the audio was not coming through very well, and an awkward exchange unfolded that simply would not end.

.@JohnLuTSNMtl was sabotaged by technology as he tried to get one last answer out of Jonathan Drouin 😂 pic.twitter.com/y41cqndGxQ

Drouin got up to leave the conference twice before being called back by Lu’s question that was seemingly on an audio delay due to technical difficulties. The question was not too important as Lu admitted, “I sound so bad. I can just ask tomorrow.”

At least Drouin was a good sport about the whole thing and was willing to wait for Lu to finish his question.

Here’s hoping that Lu’s internet connection gets better for the next Habs press conference.