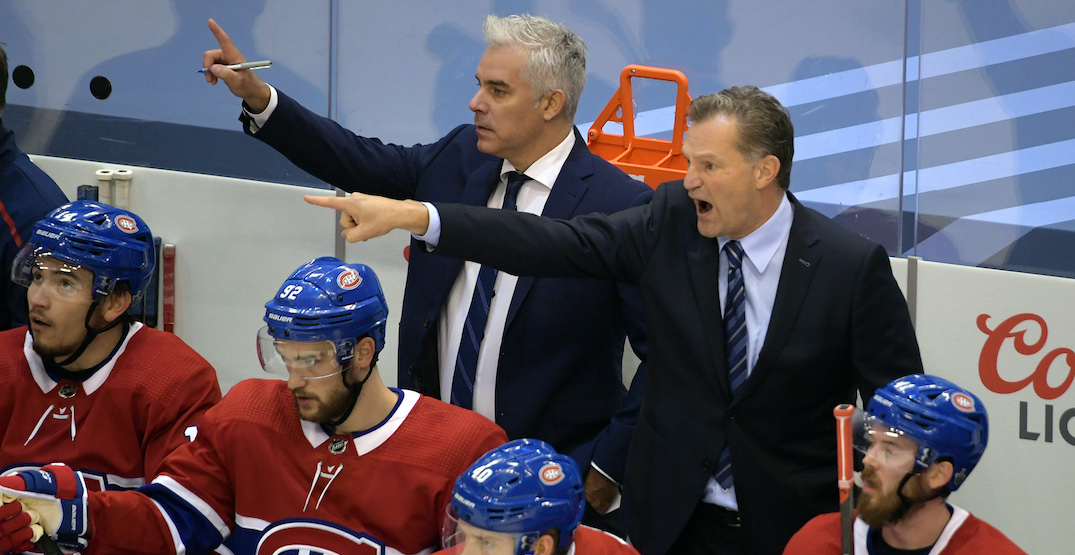 The Montreal Canadiens will have a new man heading the ship.

After Claude Julien was let go by the team following a shootout loss to the Ottawa Senators, the team announced that assistant coach Dominique Ducharme would be filling in as interim head coach.

Ducharme is undoubtedly a qualified candidate for the role and brings a lot of hockey experience.

Here are five fun facts about the Habs bench boss:

Ducharme has coached the Canadian World Junior team twice. He captured silver at the 2017 World Junior Championship in Montreal. The next year, he led Team Canada to gold in Buffalo.

He was also an assistant coach at the 2013 Hlinka Gretzky Cup and 2016 World Junior Championship.

2. The sixth-youngest coach in the NHL

Ducharme will become the sixth-youngest coach currently in the league, at age 47. He replaces Claude Julien, who at age 60, was the sixth oldest coach in the league this year.

Ducharme enjoyed a fruitful coaching reign while in the QMJHL with the Halifax Mooseheads and Drummondville Voltigeurs. In seven seasons, he compiled a 255-158-37 record and won the QMJHL championship in 2013.

In all but one season, he led his teams to the playoffs. Some of the notable players he coached include Nathan MacKinnon, Jonathan Drouin, Timo Meier, and Nikolaj Ehlers.

"He's a great coach. Him being from Montreal, it's gotta be pretty special for him right now so I'm really happy for him."

Nikolaj Ehlers talks about his former coach with the @HFXMooseheads,
Dominique Ducharme, after he was named interim head coach of the @CanadiensMTL.#NHLonSN pic.twitter.com/vXIefqyMdP

That one season was enough to get him Rookie of the Year, First Team All-Star, and MVP.

Before transitioning to coaching, Ducharme played hockey in the AHL and ECHL, but he lit the lamp when he played in France.

He put up video game numbers of 105 points in 27 games his first season and 141 points in 28 games his second season, averaging a whopping 4.47 points per game. He would go on to play in three more seasons in different French leagues.

5. Played with future NHLers in college

Ducharme played at the University of Vermont for four years where he played with future NHL All-Star Martin St Louis. He also played with 2011 Stanley Cup champion Tim Thomas. He ranks as ninth in points in team history and was Vermont’s leading point-getter in 1992-93.