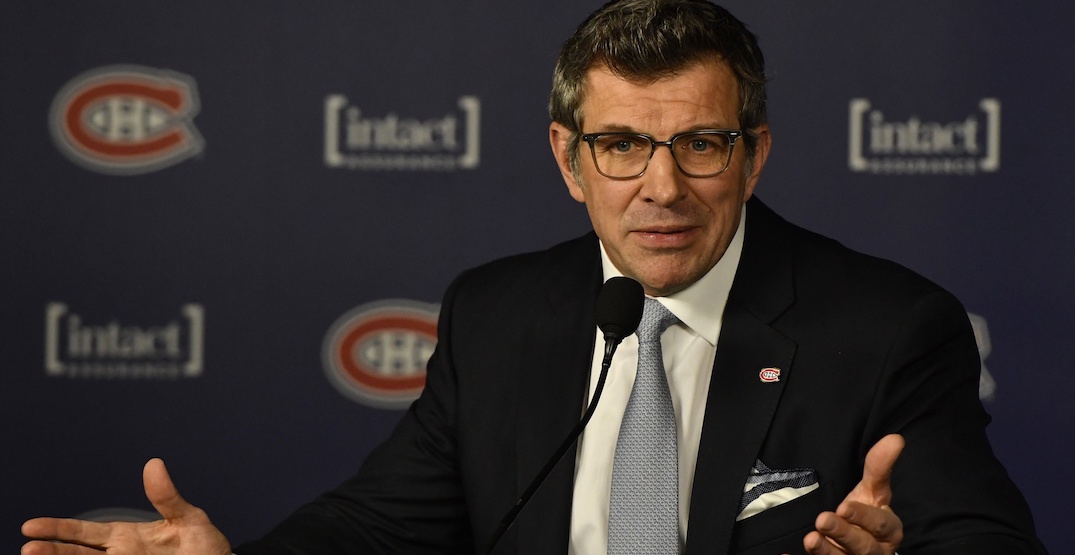 Just a few weeks ago, the Montreal Canadiens were off to a very impressive start to the 2021 season. They were 7-1-2 and looked great doing it. Praised was being heaped on them from all corners. Many were arguing they were the best team in Canada and a legitimate Stanley Cup contender. Marc Bergevin was a shoo-in for GM of the Year.

Thank you, Claude, for being a true pro during your time behind the Canadiens’ bench and for representing the organization with class over the last five years. pic.twitter.com/cFaCckTkB0

The Canadiens went 2-4-2 in those eight games. Four of them were played against the Ottawa Senators, who are now 3-1-0 against the Habs this year and 3-13-1 against everyone else.

Would this move still have been made Wednesday morning if Brendan Gallagher’s game-winning goal in the dying seconds of regulation in Tuesday night’s game against Ottawa had not been called back after review on a highly questionable basis of goaltender interference, and Montreal then not gone on to lose in a shootout?

We’ll probably never know, but even if the goal had stood, it wouldn’t nullify the concerns stemming from the Canadiens’ play recently.

I don’t know how thin the ice under Julien’s feet was before the Habs arrived in Ottawa on Sunday, but it sure feels like this move came together quickly. While this has been an eight-game slump for the Canadiens, it was their play over the last two games in particular that started to ring some serious alarm bells. They were outshot, outworked, and outplayed by the worst team in the division and arguably in the league.

The Canadiens also played the Toronto Maple Leafs three times over this eight-game stretch. Heading into them, it seemed like these games would help settle who the top dog in the North Division was.

That no longer seems like a question. The Maple Leafs won two of them, the Habs were probably lucky it was only two, and Toronto has now opened up an eight-point lead over Montreal (albeit with two more games played).

The biggest difference between the Leafs and Habs right now was most apparent in their most recent game, Toronto’s 5-3 win on Saturday. And it wasn’t Claude Julien’s fault. Auston Matthews scored twice and added a pair of assists. Mitch Marner scored and had a pair of helpers on the night as well. Matthews is leading the league in goals this year and he and Marner are each in the top five in points.

The lack of elite talent at the top of Montreal’s roster, particularly among forwards, has been a problem for a long time. The best way for teams to add elite talent is by picking at the top of the draft. When the Leafs had high draft picks in recent years, they nailed them by taking players like Matthews and Marner.

Meanwhile, the Habs have twice selected third overall under Marc Bergevin, and they got Alex Galchenyuk and Jesperi Kotkaniemi. It’s understandable if you aren’t ready to give up on Kotkaniemi at 20 years of age, but Bergevin went off the board a bit to draft him that high, and so far, the decision to take him over Brady Tkachuk in 2018 isn’t looking good. Tkachuk made sure to remind Bergevin of that of that by scoring three goals and four points against the Canadiens over their two contests this week.

A 2-4-2 stretch may not seem like a disaster on its face, but this firing shows Bergevin can feel the heat in his seat too. He’s now in his ninth season in charge of the Habs, which seems like more than a fair amount time to give a general manager to build a contender. If his team doesn’t reverse course soon and get back to the way they were playing over the first 10 games, Bergevin has to know he may not get a 10th season.

After all, if this season is going to go off the rails and the Habs are going to end up with another high draft pick, would they really want Bergevin making it?