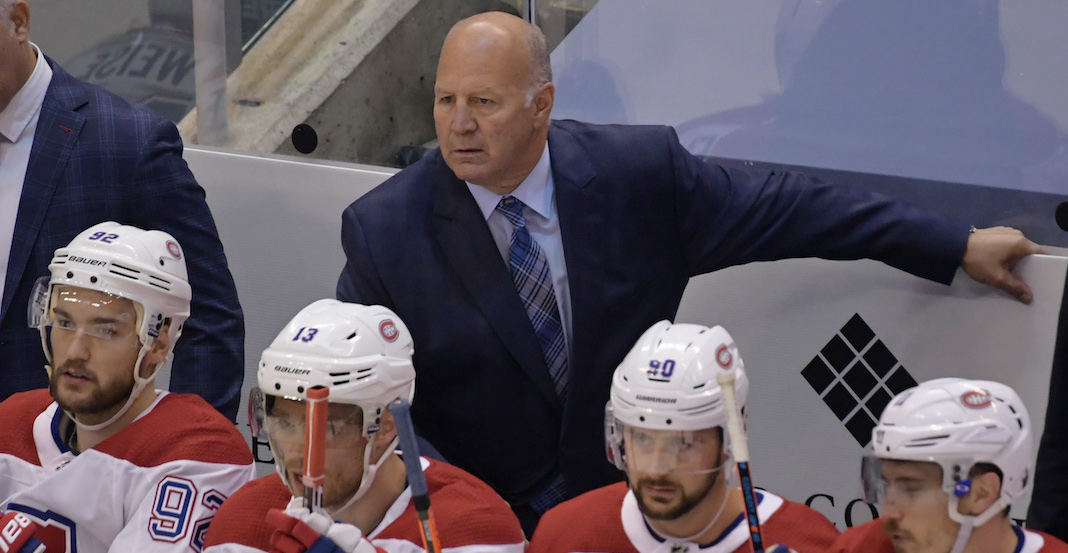 Dominique Ducharme, who served as an assistant coach under Julien and Muller, has been named interim head coach.

Alex Burrows, who was an assistant coach with the AHL’s Laval Rocket, has been added to the Habs’ coaching staff. Luke Richardson and Stéphane Waite will retain their respective coaching roles with the big club.

“I would like to sincerely thank Claude and Kirk for their contributions to our team over the past five years during which we worked together. I have great respect for these two men whom I hold in high regard,” said Canadiens GM Marc Bergevin. “In Dominique Ducharme, we see a very promising coach who will bring new life and new energy to our group. We feel that our team can achieve high standards, and the time had come for a change.”

The Canadiens got off to a 7-1-2 start this season before dropping to 2-4-2 over their last eight games. In a condensed 56-game season, playoffs no longer look like a sure thing, and Bergevin pulled the trigger on a coaching replacement.

The Habs are coming off a rough 5-4 shootout loss at the hands of the Ottawa Senators on Tuesday night.

Their next game is on Thursday night in Winnipeg against the Jets.

Ducharme has no head-coaching experience at the NHL level but has been an assistant coach with the Canadiens since the 2018-19 season.

The Canadiens have appointed Dominique Ducharme interim head coach and have added Alex Burrows to the coaching staff. Claude Julien and Kirk Muller have been relieved of their coaching duties. https://t.co/rhkfrD9m8f

The 47-year-old was previously the head coach of the QMJHL’s Halifax Moosehead, the Drummondville Voltigeurs, and lead Team Canada to silver and gold at the 2017 and 2018 World Junior Hockey Championships, respectively.

Julien had one more season remaining on his five-year $25-million contract.