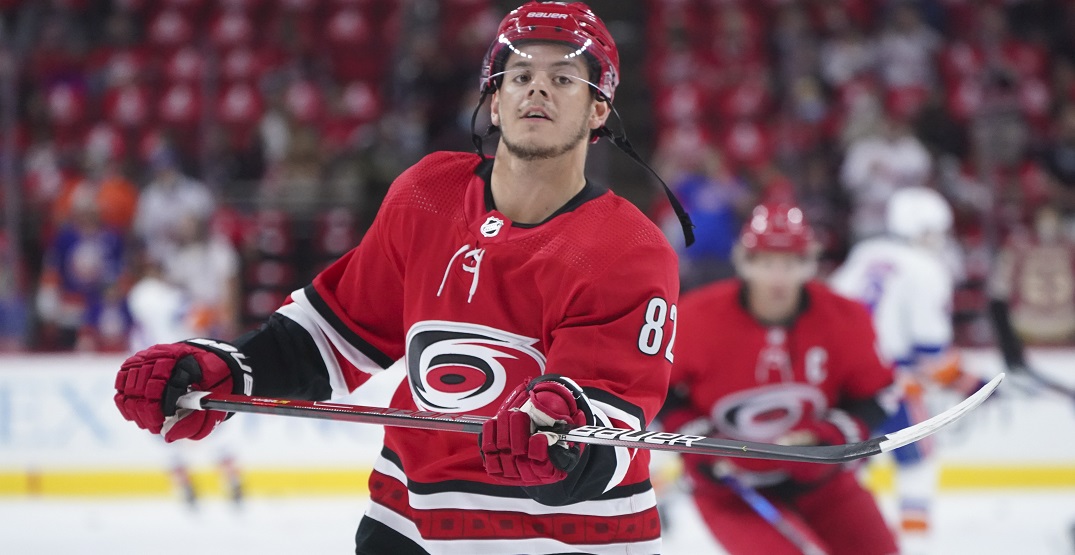 Carolina Hurricanes forward Jesperi Kotkaniemi is set for his first career game against the Montreal Canadiens.

After playing three years in Montreal, Kotkaniemi signed an offer sheet this summer with Carolina in a move that rocked the hockey world.

Kotkaniemi was inked on a one-year, $6.1 million deal that was much higher than the contract he was expected to sign with Montreal.

“The reason he signed it is the amount of money, nothing else,” Canadiens coach Dominique Ducharme said of Kotkaniemi’s departure.

The move came two years after Montreal tried to acquire Sebastian Aho from Carolina in a similar offer sheet fashion. Aho actually signed a contract with Montreal, but Carolina chose to match their offer, nixing the deal.

“They put that pile of money there on the table for him,” Ducharme added. “He said yes. Who would have said no?”

Ducharme said the team was “focusing on ourselves” but still fielded a number of questions about what he liked about Kotkaniemi when he was a member of the Canadiens.

“I like his potential for sure. I think, at times, he really showed that,” Ducharme added. “Being consistent is hard for a young player. He’s a good kid, [and] he’s liked by his teammates. I wish [I] could have kept working with him.”

In 171 games with the Canadiens, Kotkaniemi scored 22 goals and added 41 assists for a total of 63 points. As Ducharme said, consistency was sometimes an issue, as he scored five goals in the 2021 playoffs but also sat out a number of games as a healthy scratch.

“He always reacted well, like when we put him in the stands or anything, always coming back he was at his best there,” Ducharme said.

The Canadiens/Hurricanes matchup is set for 7 pm at the Bell Centre tonight.