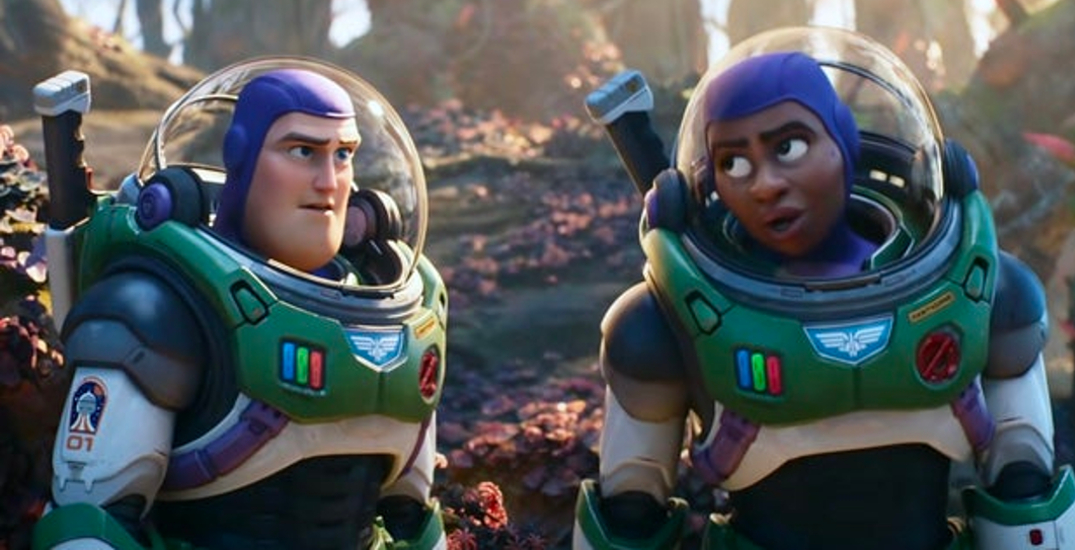 A school in Ontario has cancelled a viewing of the animated Disney-Pixar film Lightyear on a school trip. Its elementary- and primary-level students will be watching last year’s Sing 2 instead.

Lightyear, a 2022 spin-off from the Toy Story franchise that centres around the character Buzz Lightyear, contains a same-sex kissing scene between two women.

The film has been banned in several countries where same-sex relationships are a criminal offence. These include the United Arab Emirates, Iraq, Malaysia, Palestine, Saudi Arabia, Lebanon, Qatar, Syria, Bahrain, Jordan, Egypt, Syria, and Kuwait.

“Something tells me the school was bombarded with angry phone calls from parents,” suspects Twitter user Leah Erin.

Something tells me the school was bombarded with angry phone calls from parents.

The story was first reported by The Hamilton Spectator, which did not name the school, but specified that it’s located in Stoney Creek in the city of Hamilton.

The Hamilton Spectator was able to obtain a letter sent to the students’ families, signed by kindergarten to grade three teachers, as well as school principal Michael Mielko, who is employed with the Hamilton-Wentworth Catholic School District Board (HWCDS).

“This change has been made … due to questionable content in the movie that we feel is not suitable for all of our students,” it reads. According to the letter, parents have been offered a refund in case they don’t want their child to partake in the movie trip anymore.

Stoney Creek elementary school cancels ‘Lightyear’ viewing due to ‘questionable content’ https://t.co/Ntm7frMvzI via @thespec 🏳️‍🌈🏳️‍🌈🏳️‍🌈🏳️‍🌈🏳️‍🌈🏳️‍🌈👍👍Questionable my ass Sounds like a decision was made that was Biased & Prejudicial in nature

Marnie Jadon, a spokesperson for the HWCDS also told The Spectator that “rude humour” was to blame for the film viewing cancellation, and that the language and overall content were “beyond what was appropriate for four- and five-year-olds.”

“Particularly with younger students, schools would always err on the side of caution,” she said.