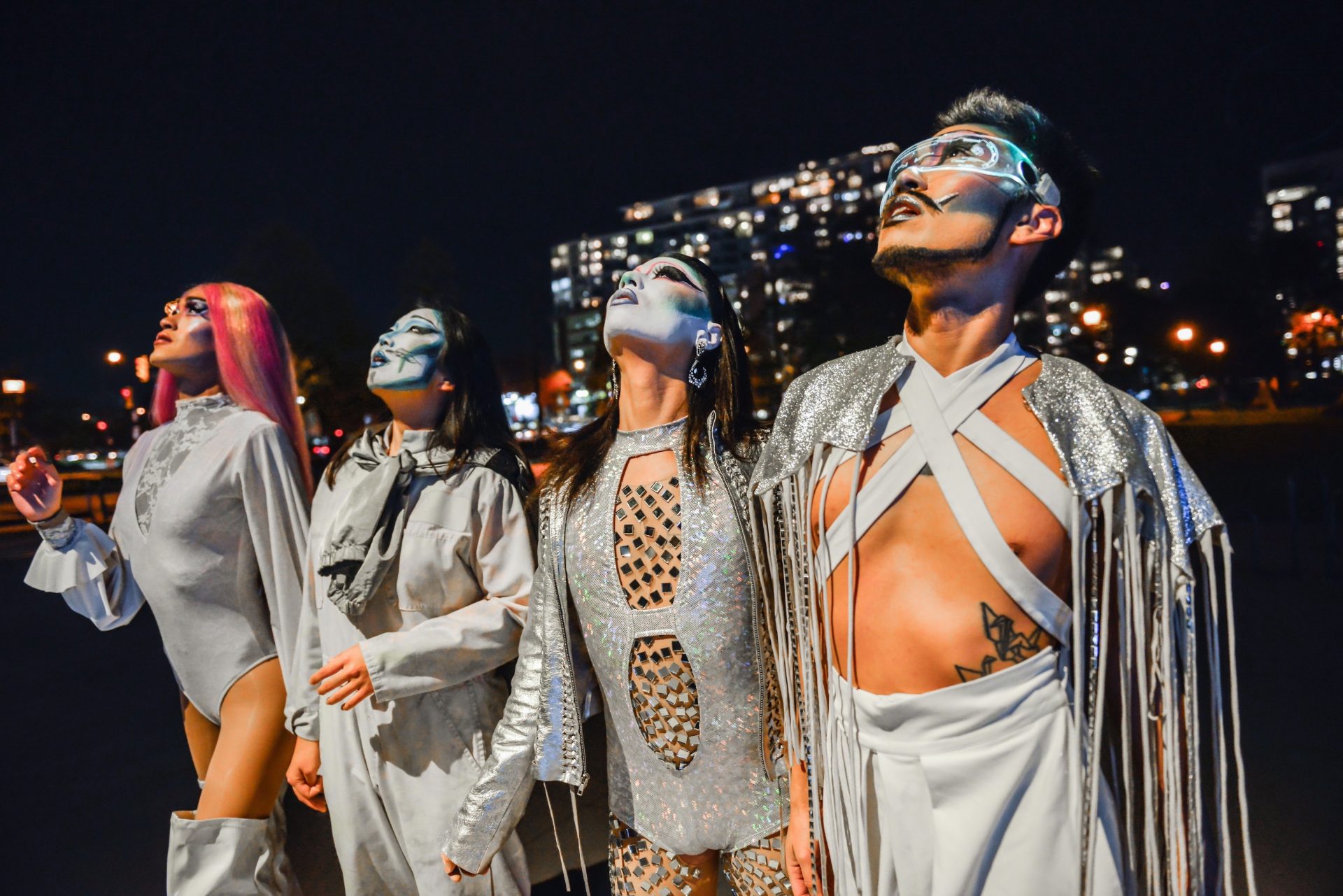 The black screen on the computer fades in to reveal Shay Dior, a drag artist. They wear a curly wig and a red dress with golden embroidery. Their lips are painted bright red and there is a black moustache painted around their upper lip.

They begin to lip sync to “Dynasty” as colourful animations play on the screen behind them. Shay Dior walks across the stage while singing the lyrics “I’m a dynasty. The pain in my vein is hereditary. Dynasty, running in my bloodstream.”

This is the start of “In Rice-olation,” an online drag show featuring performances by the House of Rice, the only all-Asian drag family in Vancouver. Shay Dior started the House of Rice three years ago to provide a space for queer Asian drag artists to be unapologetically Asian and showcase their identities through the art of drag.

“Our house operates very much like a family,” said Maiden China, one member who views Shay Dior as a mother figure. 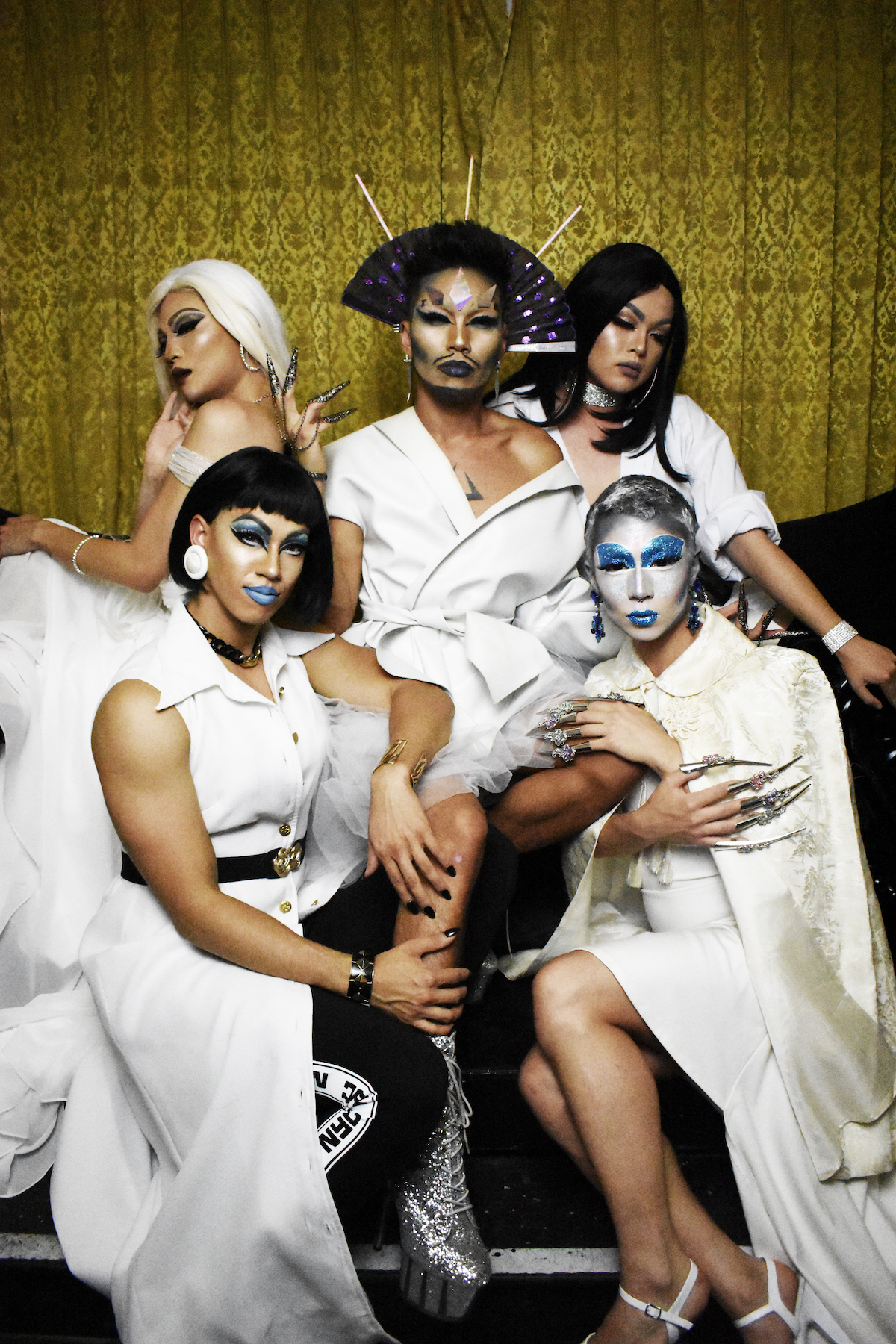 House of Rice (Chris Reed from Queer Based Media)

Before the pandemic, the group got together often and bonded outside of drag as well, usually for weekend dim sum dates. This support system has been especially important over the past year due to the rise in anti-Asian hate crimes in Canada and the US.

The House of Rice is based in Vancouver, which had more reported anti-Asian hate crimes in 2020 than any other city in North America, according to the Center for the Study of Hate and Extremism at California State University San Bernardino.

Looking beyond the numbers

In February, the Vancouver Police Board reported a 717% increase in anti-Asian hate crime incidents from 2019 to 2020, increasing from 12 to 98 incidents.

But these were just the hate crimes reported to police. From March 2020 to February 2021, more than 1,000 cases of anti-Asian attacks from across Canada were reported through the community-based reporting centre created by Elimin8hate and project 1907, two non-profit volunteer-run groups, along with partner organizations.

Amidst this racism and hatred, the House of Rice has been exploring how their drag can be a form of activism by advocating for social change and celebrating their identities.

“When you’re getting into drag, you’re fighting against society and its gender norms,” said Kara Juku, another member of the House of Rice. “Going against those constructs, it’s kind of like an f-u to the world. It’s like ‘hey, I’m not going to follow those rules, I’m just going to be me’ and that’s activism in itself.” 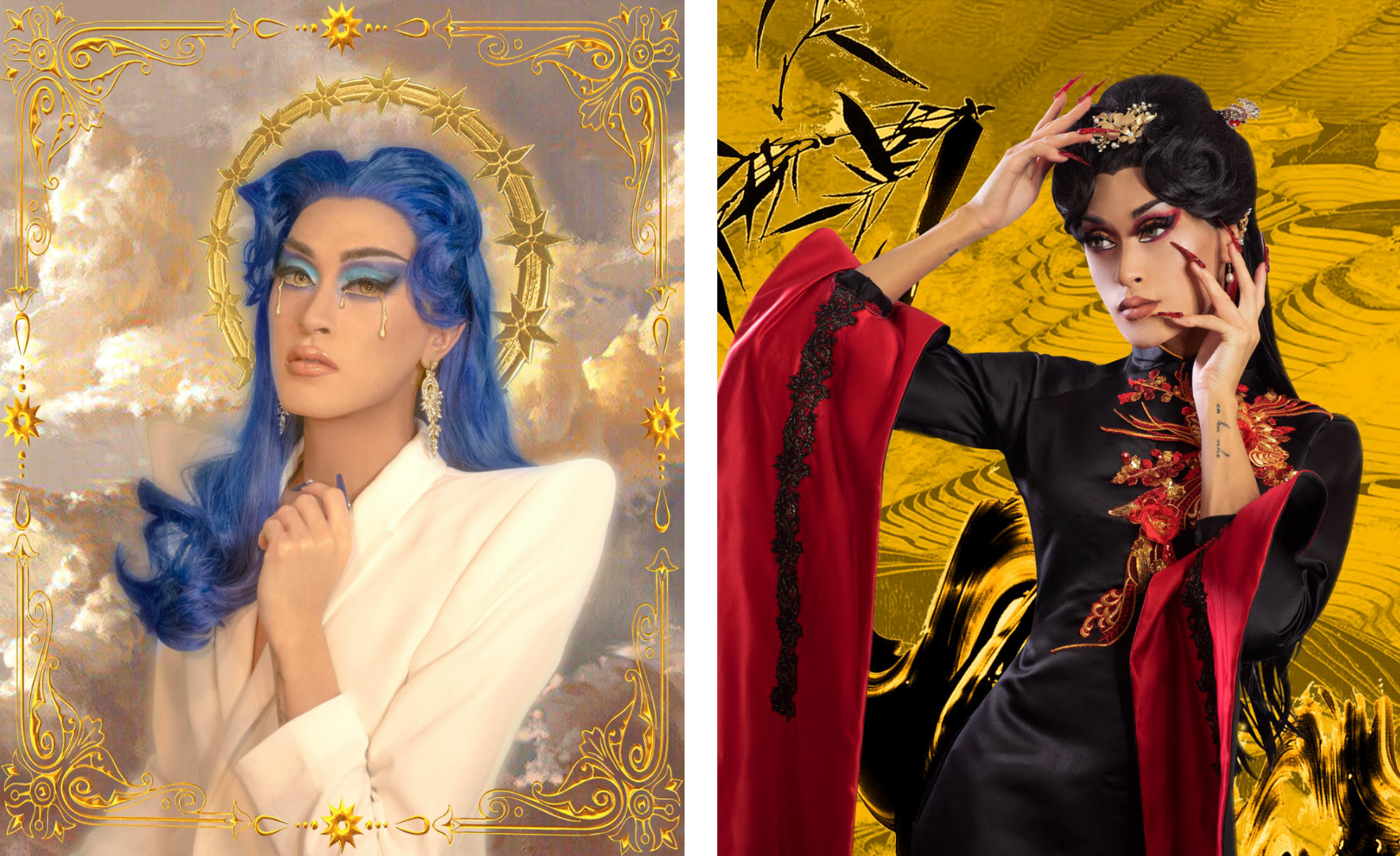 For Kara Juku, and for many Asians, this racism is nothing new. Kara Juku has been doing performances that address anti-Asian racism, long before the rise in hate crimes was covered by the media.

Maiden China said that there are many intersectional layers to consider.

“A lot of the racism that people project also is so entwined with misogyny and homophobia,” she said. For example, the stereotype that Asian men are inherently feminine or submissive is rooted in misogyny and the hatred of femininity. 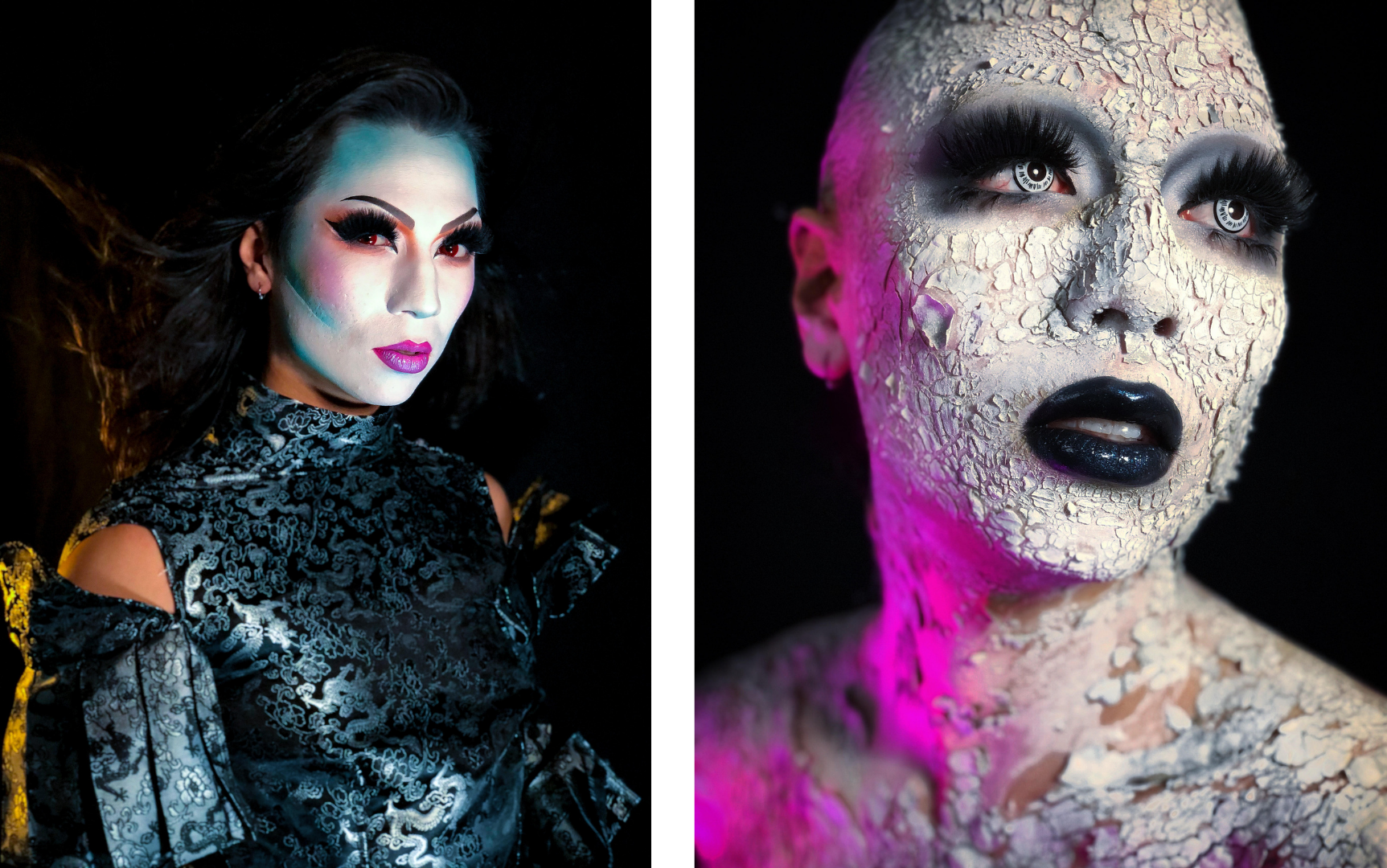 Skim, another House of Rice member, said that these intersections lead to a twofold effect on queer Asians.

“When [queerness] is visible and especially if you’re trans or woman-presenting or just even more feminine, I think oftentimes you have to endure more shit,” said Skim. “I know that if I do dress more feminine, often times I will get hollered at or I will get more attention, and that’s not the attention I want.”

Aaron Chan, a Chinese-Canadian queer man, said that since the rise in anti-Asian hate crimes, he has been feeling unsafe during his nightly walks around his neighbourhood. He describes his neighbourhood as safe and quiet, but after reading countless headlines about attacks against Asians, he finds himself gripping his keys in his hand during his walks and questioning whether his outfit was drawing too much attention.

“I feel like I’m twice as likely to get beaten up because I’m queer and Asian,” Chan said.

Art and activism within drag

As a writer, Chan is motivated by his desire to provide the queer Asian representation that he never saw when he was growing up.

“People underestimate the power of storytelling and stories in general and telling your own story,” he said. “I think those have the ability to really change people’s perceptions.”

Kara Juku can relate to growing up without this queer Asian representation. And when they started doing drag, they didn’t see many Asian drag artists.

Now, Kara Juku is the winner of Vancouver’s Next Drag Superstar 2020 and is known for their high-energy dance performances and their signature red áo dài look (traditional Vietnamese garment).

“If I can help someone figure themself out or give them some hope, then that’s the biggest compliment and that’s what I want to do,” they said.

For Skim, drag also provides a space to share their personal stories, which includes exploring their Korean heritage.

“The main part of drag for me is exploring myself and then connecting to others through that,” they said. “Skim really allows me to emphasize Asian features of myself and be really excited and happy about them.”

Skim added that most drag artists use this platform to push their audience to become aware of social issues.

Arts and culture is a unique space in which you can advocate for issues in a way that produces conversations rather than conflict by relating to people with more patience and complexity, according to Dr. Helen Hok-Sze Leung, a professor in the department of gender, sexuality and women’s studies at Simon Fraser University.

“Maybe you don’t change their mind the next day,” she said. “You know, they’re not going to support legislation overnight, but maybe you’ve made them think a little bit deeper and I think that’s what the space of arts and culture can do.”

Shay Dior said that growing up, they never thought they would become an activist. But as they explored their drag and as they navigated the world outside of drag as Van Dang, moving toward activism happened naturally.

“I realized that so much of what I do as a performer, as an artist and just existing as Shay Dior,” they said. “Just existing is a form of activism.” 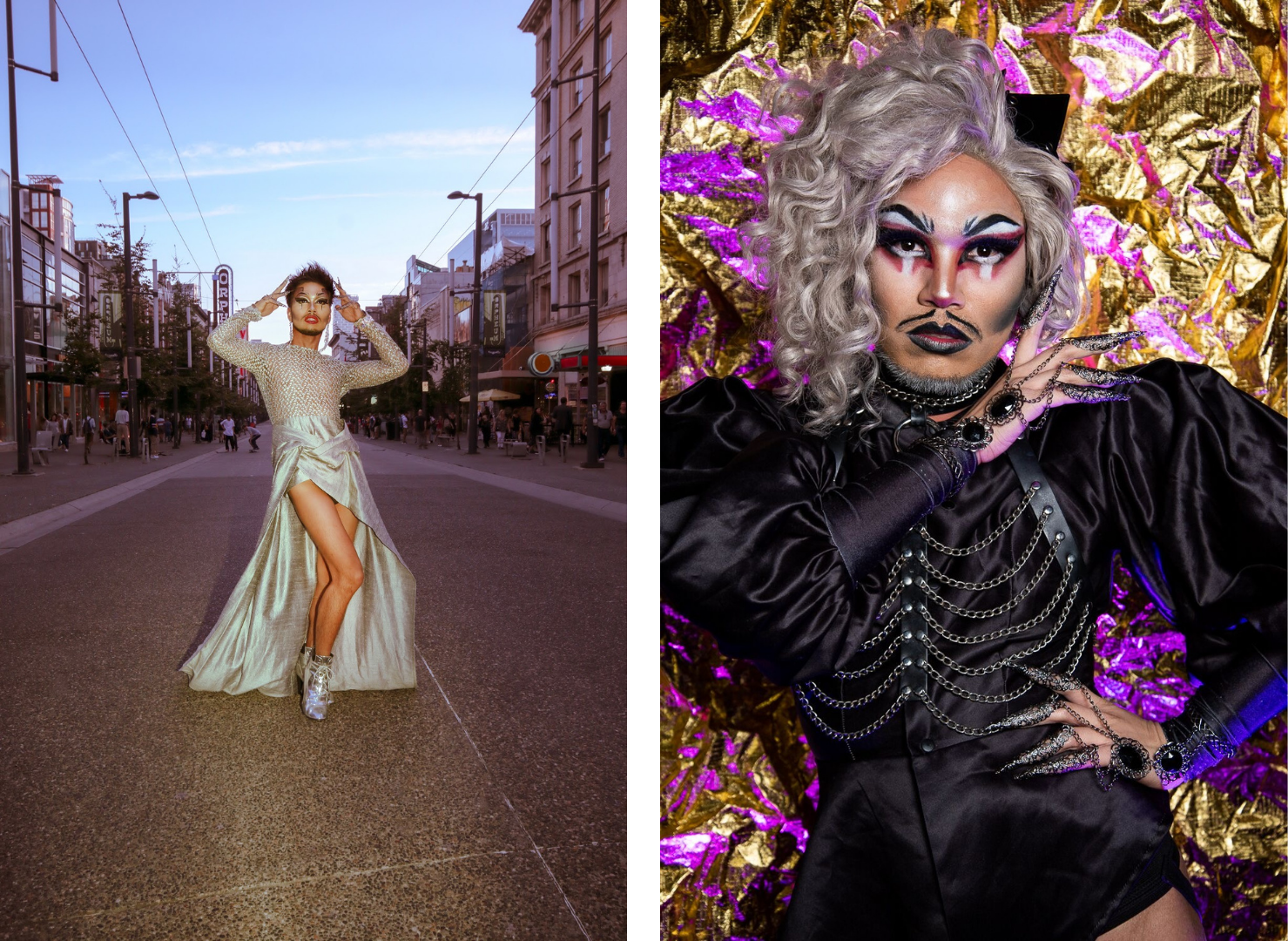 Once Maiden China started doing drag, she realized how a lot of community discussions about social and political issues happen through drag in a party space.

“It’s entertaining and digestible, so I think that’s where a lot of that political power comes from,” she said.

Shay Dior emphasized how the joy of having fun and enjoying the art of drag plays into their activism.

“We’re celebrating ourselves and our queer Asian identity, and letting everyone see that, which is in turn creating visibility and representation for other people to see that we are human, that we’re here and that we’re here to stay,” they said.

Moving forward with a hope for change

Throughout the pandemic, the House of Rice members have been performing in online shows while supporting each other, especially as anti-Asian hate crimes continue to happen.

“The best thing to do with anger is to channel it into something beautiful,” said Maiden China.

During her virtual performance in response to the Atlanta spa shootings, Maiden China has red tears painted on her face and wears bright red lipstick. She lip syncs to a sorrowful rendition of “I Will Survive.” As the song goes on, the screen behind her displays a series of messages to honor all (im)migrant women engaged in sex work, Asian women, Asian youth and elders.

In March, Skim performed in their new online drag show “Recovery” to bring hope to the community. They acknowledged that they are on the traditional, ancestral and stolen territories of the Musqueam, Squamish and Tsleil-Waututh Nations. Part of the proceeds were donated to the Vancouver Black Therapy Fund, a Squamish revitalization fund, and SWAN Vancouver.

The show featured live, vibrant drag performances by multiple artists. Audience members turned on their Zoom video to dance along.

“That moment of togetherness is what brings me joy and makes me hopeful for change,” Skim said.