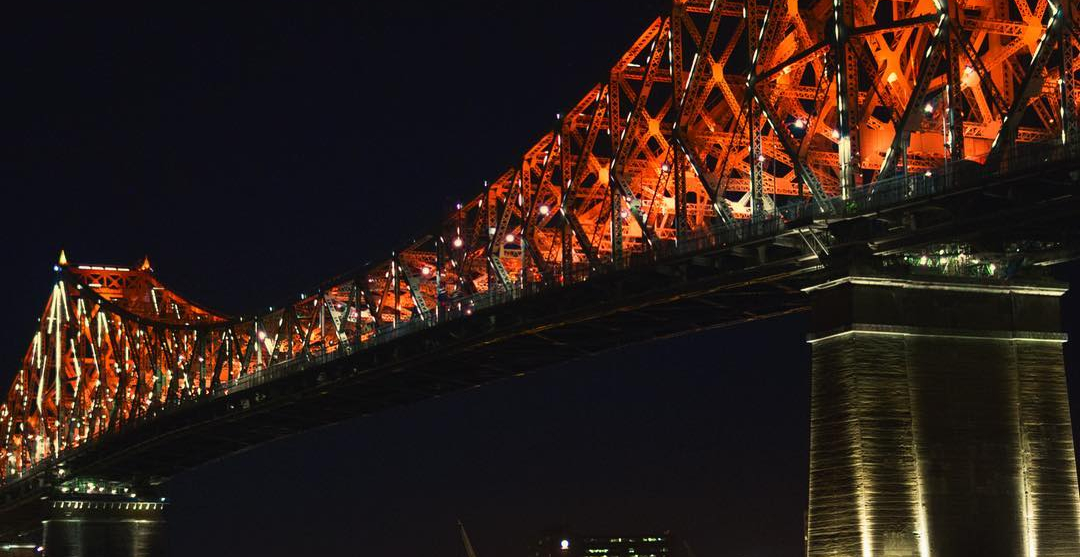 The Jacques Cartier Bridge will take a break from glowing beautiful rainbow colours tomorrow and will instead shine red in honour of Canada’s birthday.

Since we’re not getting fireworks this year, the public can take part in the bridge’s illumination through social media. Every tweet using the #illuminationMTL on Twitter will produce a red or white “firework” effect on the bridge, and thousands of lights will randomly flicker along the structure.

“The bridge will take the pulse of Montreal life and reflect it in the intensity, speed and density of its moving lights which vary with mentions of Montreal on social media,” says the Jacques Cartier and Champlain Bridges Incorporated (JCCBI) press release.

The red and white illumination will take place on Wednesday, July 1 from 9:25 pm to 3 am, every half an hour.

#JCCBI will celebrate #CanadaDay with a special illumination of the #JacquesCartierBridge on July 1, from 9:25 p.m. to 3:00 a.m. Take part in the show: use #illuminationMTL and thousands of lights will flicker along the structure INFO → https://t.co/3etawuZ3bh @Patrimoinecdn pic.twitter.com/toIFce6v4C

Drivers should take note that the bridge will not be closed to traffic and the multipurpose path will remain open as well. The sidewalk, however, will remain closed due to construction.

Starting on July 2, the rainbow-coloured illumination of the Jacques Cartier Bridge will continue until the end of July, according to the JCCBI.