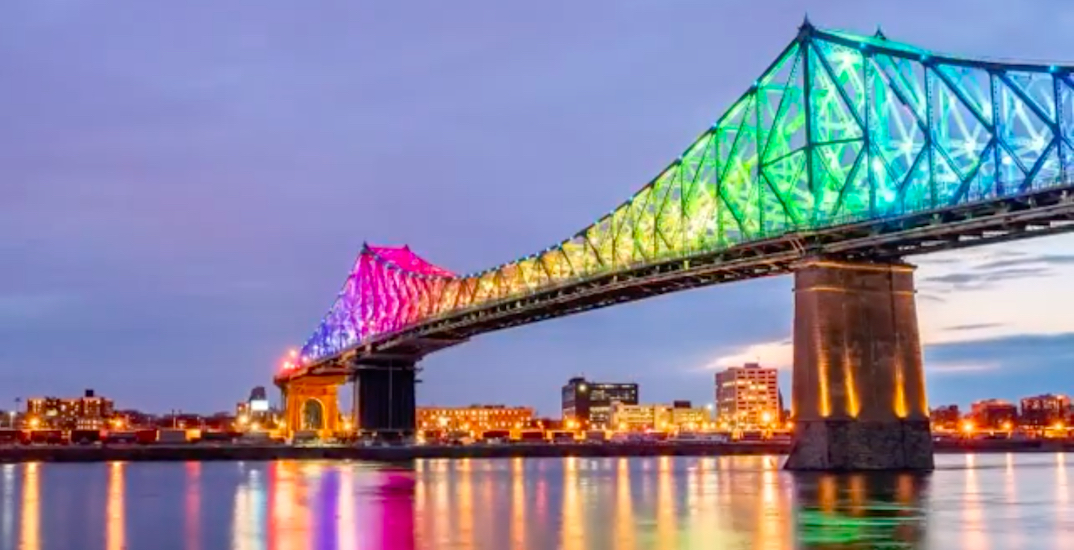 Rainbows have become a symbol of hope and solidarity throughout Montreal — and the world — as several buildings and structures across the city have joined in on the movement by lighting up their facades with a variety of colours.

Using the hashtag #cavabienaller on social media, landmarks throughout the city are showcasing creative ways to display rainbows with the slogan “ça va bien aller” (it’s going to be okay).

Photographer Sebastian Furtado has shared a timelapse video of the Jacques Cartier Bridge transitioning to its nightly rainbow-coloured scheme.

The #cavabienaller slogan first became popular on sidewalks and windows before the Samuel de Champlain Bridge and the Big O joined in on the lighting display in early April. Since then, the likes of the Maison Manuvie, the Université de Montréal, and the Montreal Marriott Chateau Champlain joined in on the illumination which has become a nightly spectacle.

“This timelapse is dedicated to the health care workers, the brave people working on the front lines of this crisis, and all those whose lives have been affected by #COVID19 worldwide,” reads Furtado’s Instagram caption.

When nighttime falls on already darks days, look up and marvel in the beauty of a city coming together to symbolize hope during the pandemic.