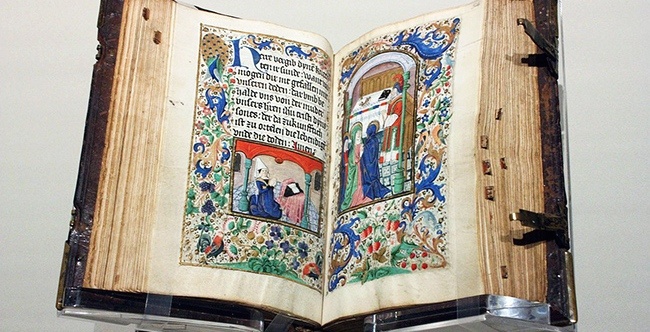 The manuscripts feature miniature paintings that illustrated the life of Christ, the saints and the Virgin Mary. The books feature a calendar of holy and religious feasts, passages from the gospels, and prayers.

While most such collections in North America were assembled after the mid-19th century, these have been on preserve in Quebec for over 200 years, a defining part of local history.

At the time, the Books of Hours were the only accessible books around, they became known as “primers” – the first books people used to learn to read. Because of their elaborate detailing, they also became popular wedding gifts.

The exhibition is currently open to the public and will be on display until January 6, 2019.