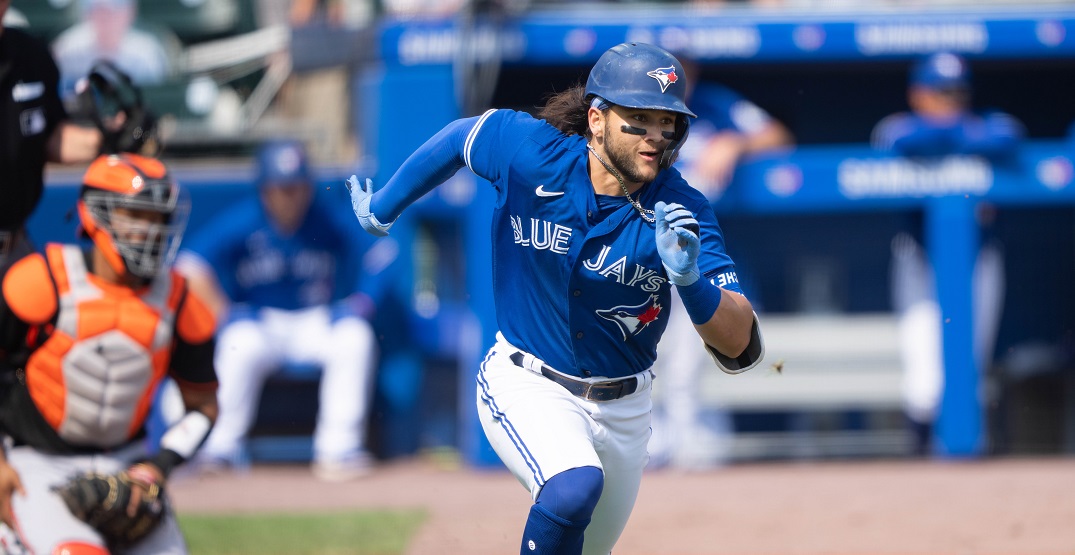 Toronto Blue Jays shortstop Bo Bichette will be heading to the All-Star Game.

Bichette was named on Sunday as a reserve for the American League, meaning he’ll likely get an at bat or two in the game’s later innings.

The selection is the first of Bichette’s career.

The game is set for Tuesday, July 13, at Coors Field in Denver, and will be available to watch in Canada on Sportsnet.

That trio will be the first time the Jays have sent three starters to the All-Star Game since 1993, which was, of course, the last time the Blue Jays won the World Series.

The Blue Jays currently have a 43-39 record, good enough for third place in the American League East a little over halfway through the season.

Now in his third season of Major League baseball, Bichette has torn up the majors ever since his arrival in mid-2019.

The Blue Jays drafted Bichette in the second round of the 2016 MLB draft, but he has quickly progressed through the minor leagues and really hasn’t slowed down since.

The location of this year’s Midsummer Classic might mean more to Bo than most, though: it’s Colorado’s Coors Field where his father Dante became a Rockies legend.

A coach for the Jays throughout 2020, Dante actually hit a walk-off home run in the first-ever game at Coors Field way back in 1995. It was also the first ever home run by a Rockies player in the stadium.