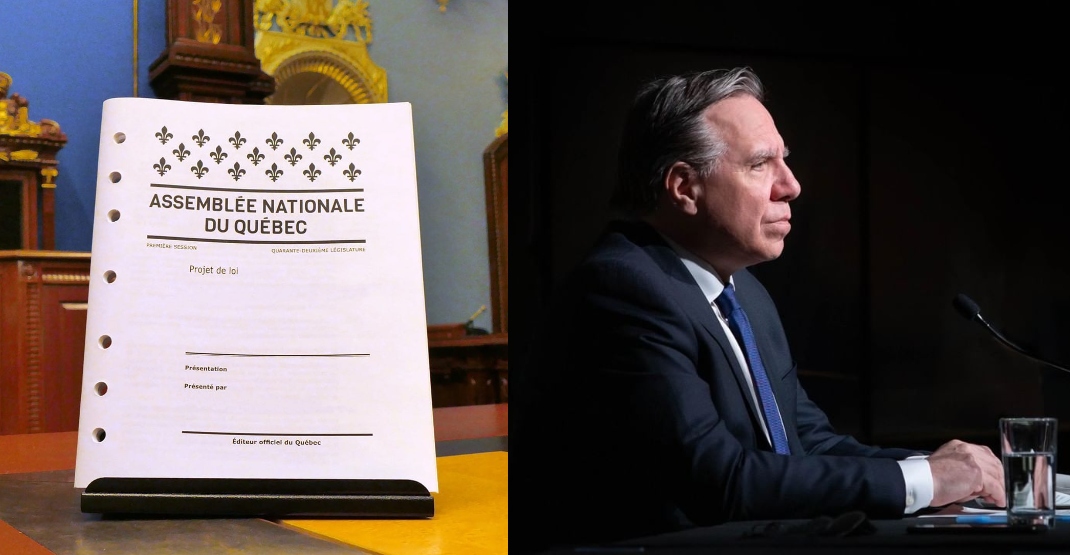 A large demonstration opposing Bill 96, the controversial law that expands Quebec’s ability to mandate the use of French in public and private settings, is set to take place in Montreal this weekend.

On Saturday, a march led by the Quebec Community Groups Network (QCGN) will be held at Dawson College, an institution that has been publicly impacted by language laws over the past year. Last week, college students across the province staged a mass walkout to protest the bill’s limitations on English-language education. 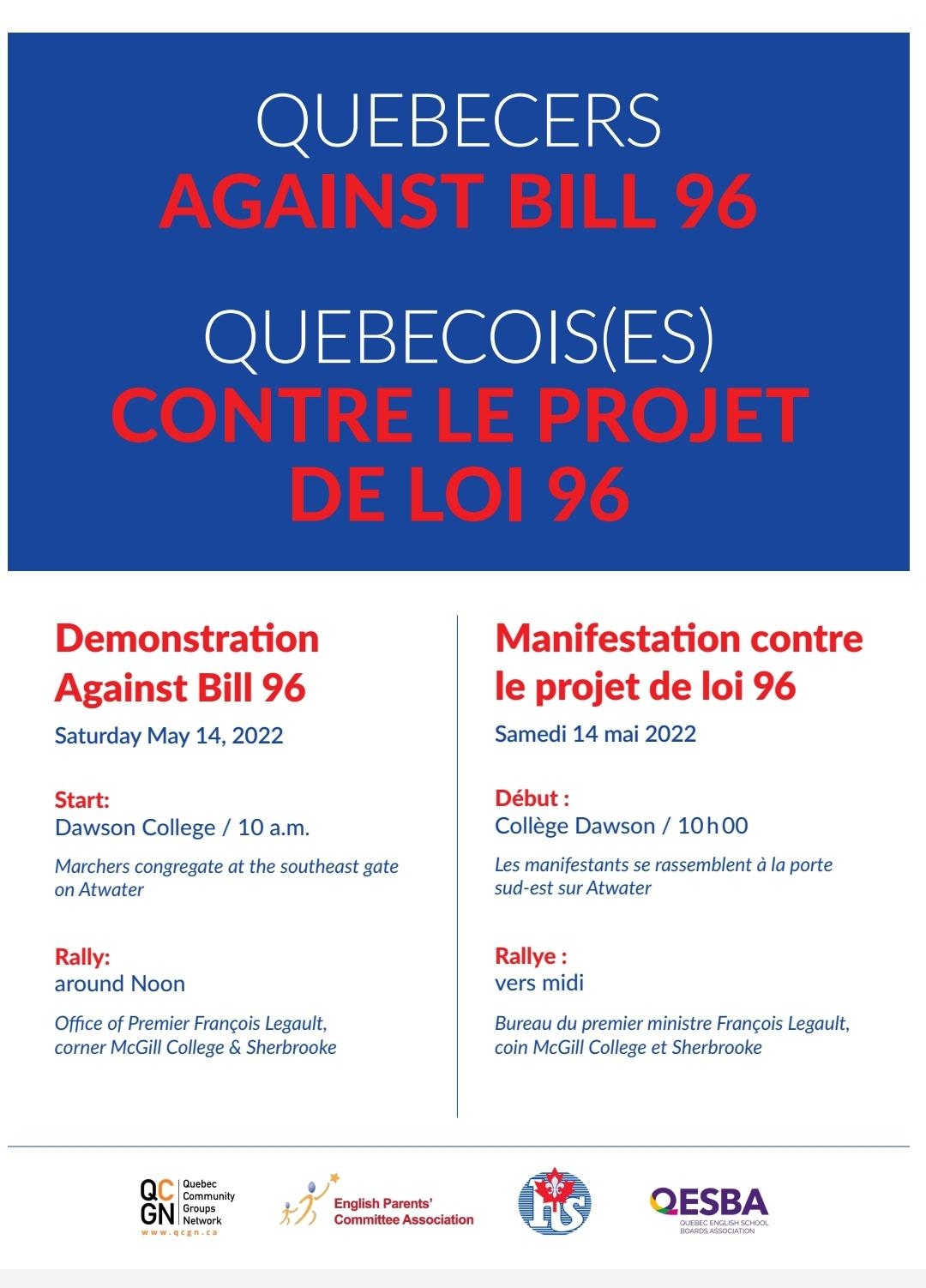 Saturday’s rally, which includes the support of English school boards and parents’ committees, will kick off in front of Dawson at 10 am. Around noon, the march will make its way towards the office of Premier Francois Legault on the corner of McGill College and Sherbrooke.

Bill 96 was first announced last May when Legault and the CAQ government proposed measures to strengthen the Charter of the French Language. Quebec’s National Assembly is now in the final stages of passing the bill, which contains 200 amendments aimed at strengthening the status of French, into provincial legislation.