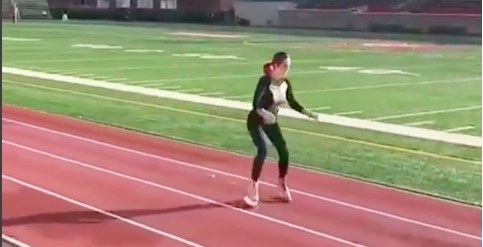 As if walking in high heels isn’t hard enough, a Montreal woman is going to skate in them,  backwards.

Rossini’s goal is to complete the dash in under 30 seconds, which is what she initially submitted to the annual reference book.

Her skates were built using a pair of stilettos she bought from Aldo that are 11.5 cm high, according to Rossini’s Instagram.

When she is done training, Rossini will make her 100 metre attempt in front of a Guinness World Record judge at McGill’s Percival Molson Memorial Stadium.

We’ll keep our ears to the ground, our fingers crossed and our laces tied for Rossini and her pending world record.