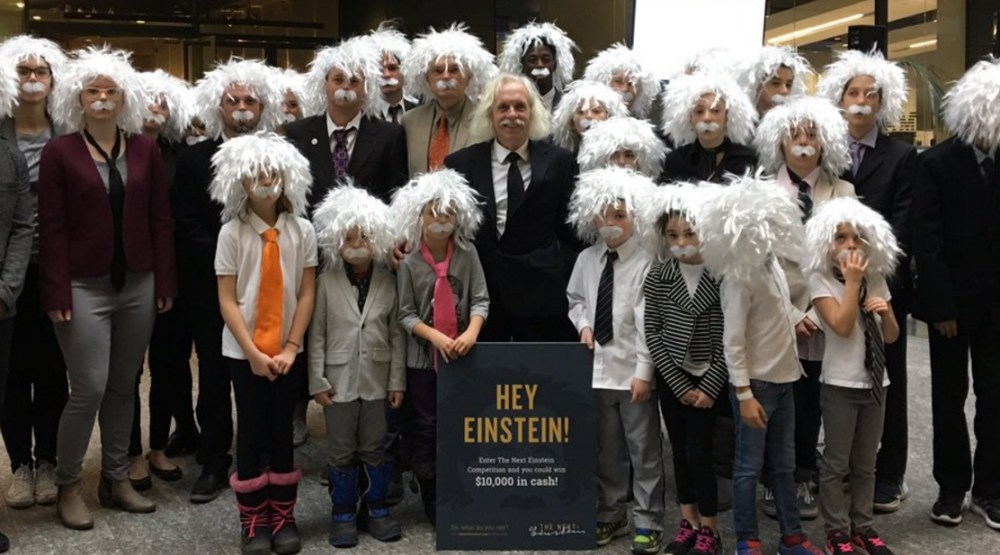 What a genius idea!

The world record attempt kicks off The Next Einsteins, an open competition held by the Canadian Friends of Hebrew University in conjunction with Hebrew University of Jerusalem, the custodian of the Einstein estate. Happening March 28 to April 25, the winner will be awarded $10,000 “in cash as seed money to help realize their genius idea.”

With a strict dress code in effect, the crowd of white-wigged, moustached imposters took over the MaRS building. While spotting geniuses might be more challenging, the Einstein look-alikes all look adorable.

Check out these photos from the “Largest Gathering of People Dressed as Albert Einstein: in Toronto.

We hope to see you tomorrow at the @MaRSDD building 4 the #thenexteinstein launch and world record attempt. @DamnitMaurie will be there too! pic.twitter.com/jzjCi4E8dt

A lot of Einsteins here at the #TheNextEinstein @TheNxt_Einstein record breaking attempt. The smartest building in Toronto! pic.twitter.com/x3QIOJK200