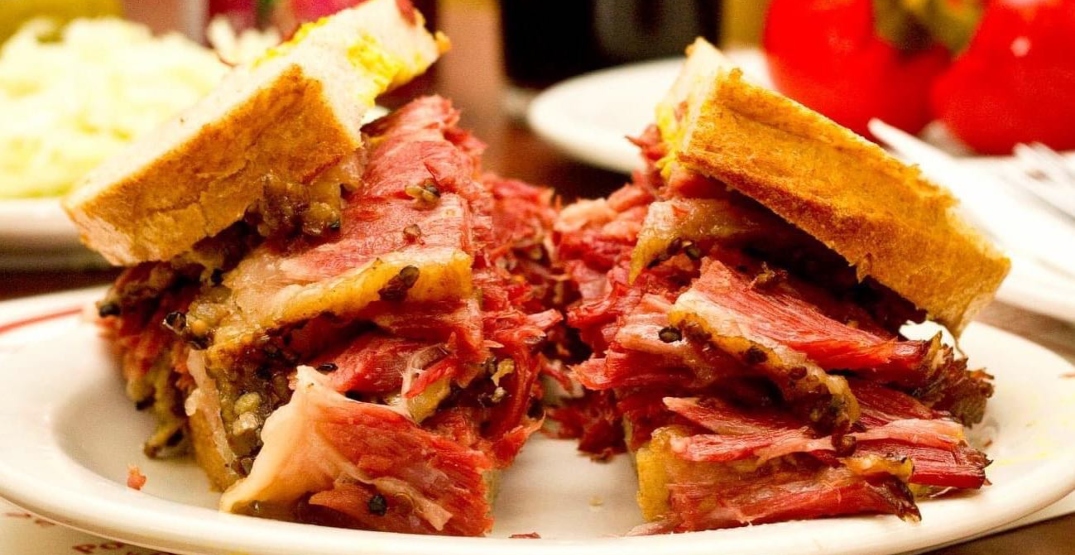 It’s not an overstatement to say Montreal’s smoked meat is unrivaled across the planet. Locals know it and so, too, does CNN.

CNN Travel, the media company’s destination channel, has ranked Montreal smoked meat sandwiches as some of the best in the world. Sometimes it’s just nice to get some international recognition, ya know?

Regardless of where you stand politically, CNN — the left-leaning news publication — has spot-on taste buds.

Ranking along with the global likes of shawarmas in the Middle East, chip butties in the UK, Reubens and Philly cheesesteaks in the States, and tramezzini in Italy, Montreal’s smoked meat sandwiches deservedly made the tasty list.

CNN Travel cautions foodies not to confuse Montreal’s iconic smoked meat sandwiches with New York-style pastrami, pointing out how our smoked meat uses the entire brisket. “This includes fatty parts of the muscle, whereas pastrami uses the navel cut which is naturally leaner,” says the best-of list.

“A traditional Montreal smoked meat sandwich is always piled high and served on rye bread,” continues the ranking. “Because smoked meat is made with brisket, the meat can be lean or fatty, depending on the sections. That means that you can specify your preference when ordering.”

Whether you’re going lean, the always popular medium, or “old fashioned,” (a combination of medium and fatty pieces), Montreal smoked meat sandwiches are completely merited among the best in the world.

For future references CNN, you might want to try a freshly baked smoked salmon sesame seed bagel for next year’s list…

If you’re curious about some of our favourite sandwiches in Montreal, scarf back some tasty options right here.