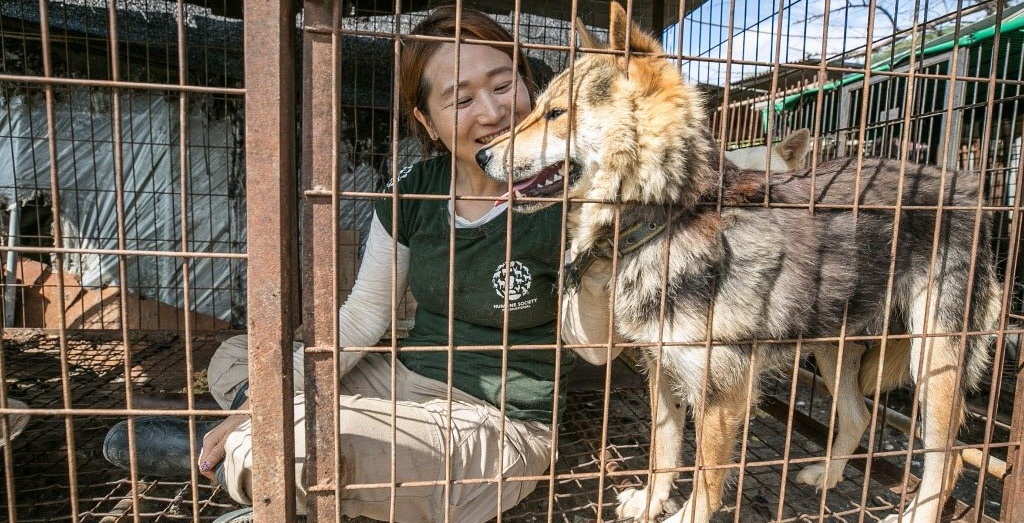 More than fifty dogs and puppies rescued from a South Korean meat farm are now recovering in Montreal.

The animals were rescued a month before the Korean’s Bok Nal summer season in which more than one million dogs are eaten as ‘bosintang’ soup.

According to the Humane Society International, the dogs — which include Jindo mixes, terriers, and Labrador mixes — were recovered with the help of animal advocates in Korea and transported to a Montreal emergency shelter last week.

The dogs were crammed into small cages in South Korea where they were exposed to harsh weather conditions and given limited food and water. 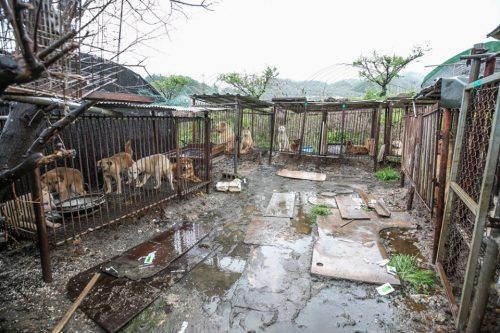 The rescued dogs were transported to a temporary shelter in Montreal where they were treated for skin and eye infections, matted fur, parasites, and malnutrition.

The recovered canines have been put up for adoption and are finding homes as they embark on new, healthy lives with families all over Canada. 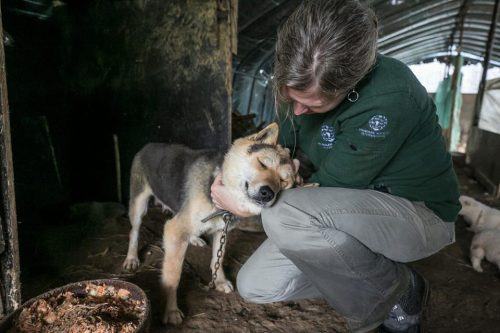 The Humane Society International website claims that this is the 12th dog meat farm they’ve closed down and have since rescued more than 1,300 dogs who have flown to North America to find new homes.

For more information about the dogs and how you can adopt, check out the Humane Society International website.