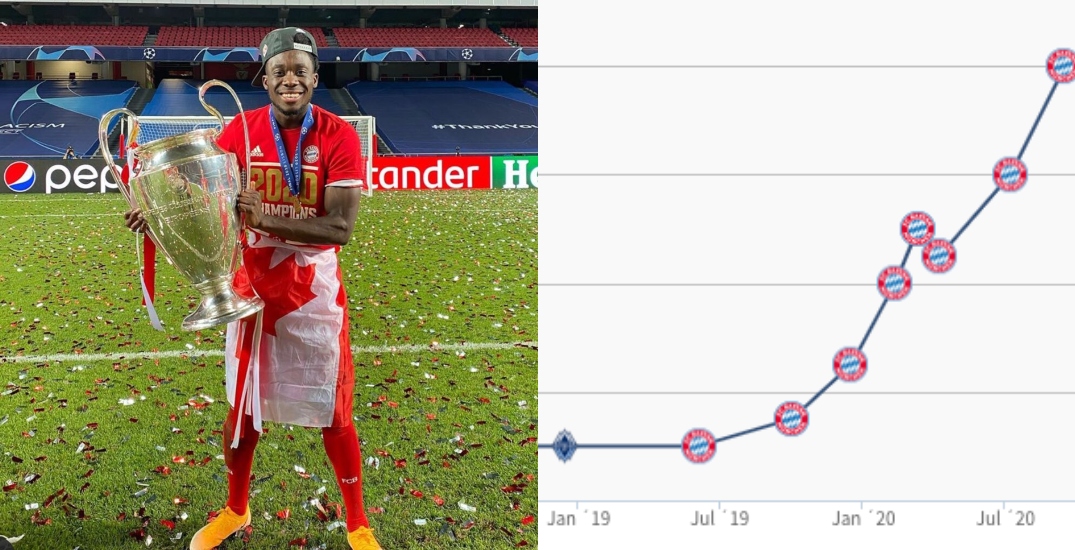 To put that in perspective, Lionel Messi is currently worth €112 million, according to Transfermarkt.

Davies is now the 17th-most valuable soccer player on the planet, and is the world’s most valuable teenager. He’s also now worth more than any other left back and is the second-most valuable defender in the world — which is extra impressive given Davies played a different position (midfield) prior to moving to Germany.

Davies has wowed fans around the world with his blazing speed and technical ability. He’s become a global icon, now with 2.7 million followers on Instagram — more than any other Canadian athlete.

Davies has seen his value soar since playing his last match with the Vancouver Whitecaps in October 2018. The youngster was worth €10 million when left Vancouver, saw his value raise to €15 million at this time last year, and was worth €25 million at the beginning of 2020. 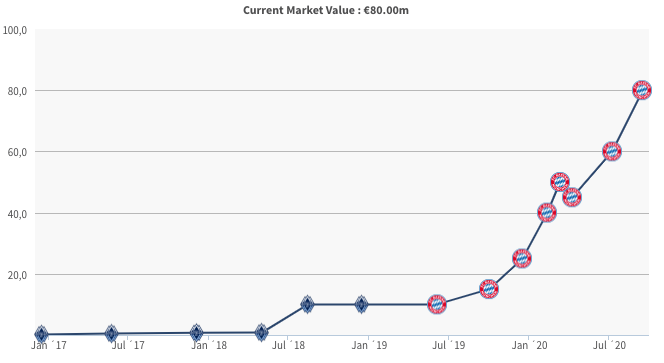