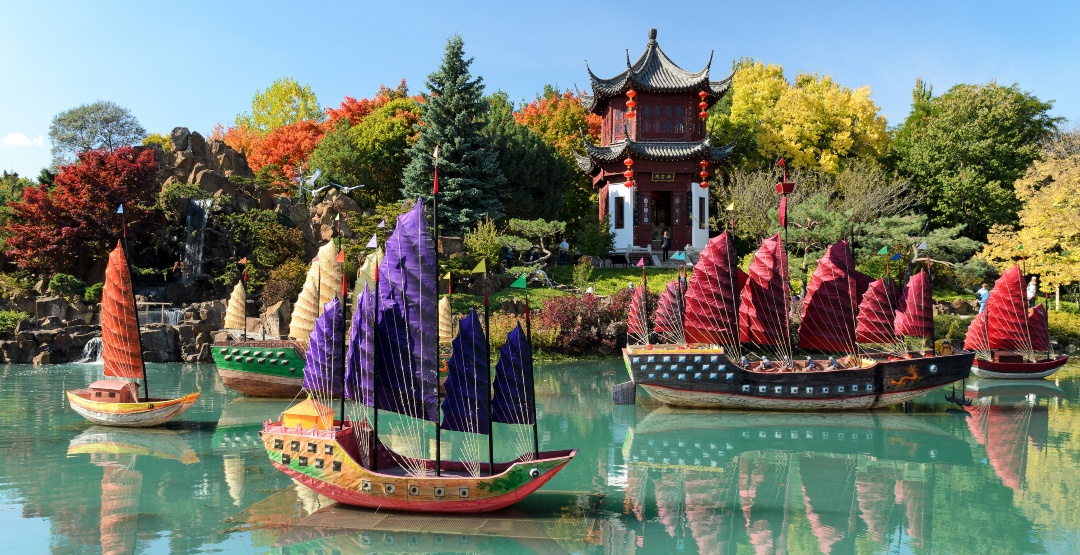 It’s Thursday, which means you’ve probably just recovered from your long weekend hangover and are ready to begin working on the foundation of another.

And with summer weather slowly dwindling down, you might feel the urge to do something fun before it gets too cold out.

If you’re short on ideas for plans, here are five things to do in Montreal today.

Montreal’s Botanical Garden will shine bright with hundreds of illuminated lanterns as the Gardens of Light returns to the city this week.

A four-day Oktoberfest beer festival is kicking off on Thursday and will stick around until September 12.

The Oktoberfest de Repentigny will feature a collection of microbreweries from Quebec and food trucks from across the province, all bunched together in an outdoor space just 40 km outside of Montreal.

The Wanderer is Éco-Odyssée’s unique labyrinth that has been in use since 2008. Participants are given an adventure map and their choice of paddleboat, paddleboard, or canoe.

What follows is a two-hour adventure through the wild country of Wakefield, Quebec.

Don’t be surprised if you run into a beaver or white-tailed deer as the park shares its grounds with the local habitat of dozens of creatures.

There are just days left to see the nearly 110 paintings, sculptures and works on paper by Jean-Paul Riopelle, presented at the Montreal Museum of Fine Arts (MMFA).

The large dome-shaped museum dedicated to the environment was originally constructed to house the United States pavilion during Expo 67. Originally encased in an acrylic bubble, the dome caught on fire in 1976, leaving just the steel structure intact. It has remained a unique city icon since then.