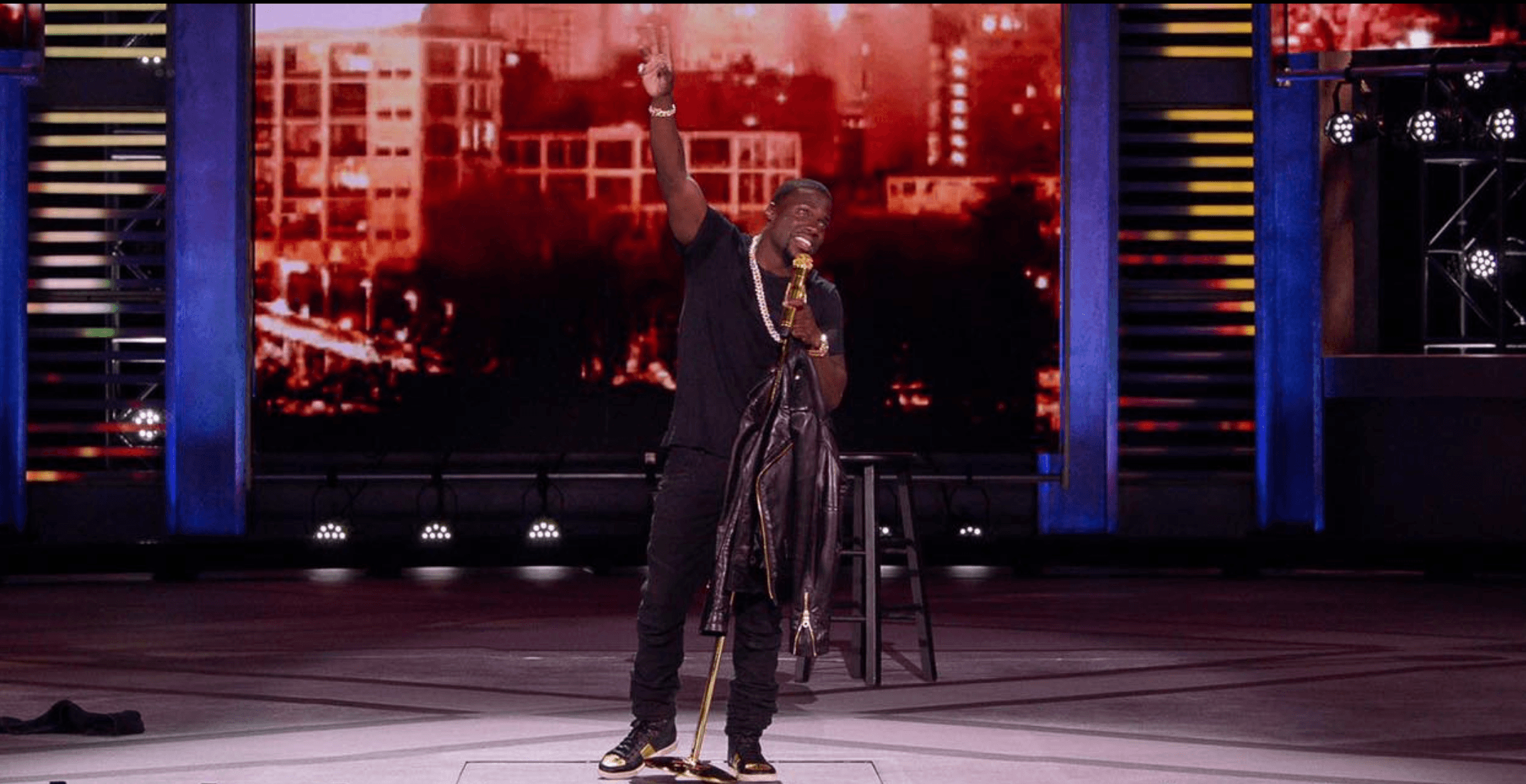 Don’t worry about working out your abs for the next few weeks, Just for Laughs will have you laughing until it hurts.

The biggest international comedy festival in the world returned to Montreal this week for its 35th edition and boasts an impressive schedule of stand-up comedians, improv, sketch comedy, musical acts and parades.

Some of the bigger names and headliners can cost a pretty penny but there’s a bunch of lesser-known shows that are very moderately priced.

Regardless of how much you’re paying, here are 9 events at this year’s JFL that will have you cracking up.

Kevin Hart is arguably the most popular comedian in the stand-up game right now and he’ll be performing his The Irresponsible Tour at an electrified Bell Centre at the end of the month.

Hart last went on tour in 2015 with his The WHAT NOW? TOUR. Hart sold out large venues all over the world and became the first comedian to ever sell out an entire NFL stadium.

Cough up the bills to go see the wise-cracking Hart, it’s going to be wild.

Judah Friedlander may be best known for playing Frank Rossitano on 30 Rock but he burst onto the comedic scene with his hilarious Netflix special, America Is The Greatest Country In The US.

Friedlander will be performing his new routine, America… Still Number One which will feature plenty of deadpan sarcasm towards his native country and lots of improv-based crowd work.

Get a chance to check out Friedlander for cheap at a lesser known venue before he makes it big.

Stand-up comedian, actress, voice actress and writer, Maria Bamford, is joining the Just For Laughs festival this summer for a solo show. Bamford’s streaming series Lady Dynamite just premiered on Netflix and has appeared in Arrested Development, Louie and Fresh Off The Boat. She brings her quirky sense of humour to the MTELUS theatre on July 27.

The rawest, most shocking, foul, and filthy comedy show of the festival returns as Robert Kelly hosts The Nasty Show where no topic is off limits. The gala includes Brad Williams, Nikki Glaser, Mike Britt, Ms. Pat and Montreal-native Derek Seguin who will push all the comedic boundaries.

K. Trevor Wilson, the self-proclaimed “Man Mountain of Comedy,” may be known for performances on Jimmy Kimmel Live and hilariously roasting other comedians on Jeff Ross’ Roast Battles. Wilson is slated to appear in his 6th consecutive Just for Laughs festival.

The Letterkenny star and Toronto-native will appear on the same show as Nick Swardson and Chris D’Elia, root for the home team as Netflix films his set for their upcoming comedy special.

Get seats close enough to the stage and you could be seen on Netflix in 2019 as well!

Tiffany Haddish has exploded on the path to stardom. While filming movies and TV shows, she’s somehow found time to host a JFL gala. She’ll be taking the audience on a journey of life experiences growing up in L.A. and is bringing an impressive lineup of All-Star caliber comedians with her including Fortune Feimster, Tony Rock, Lil Rel Howery, Gina Yashere, Mae Martin, Derek Seguin (he’s all over the fest this year) and Nath Valvo.

Get a double-dose of hilarity during the Just for Laughs Twin Parade. This year’s parade focuses on the theme of space and everyone in the parade is either a twin, triplet, or quadruplet. Maybe even quintuplets!

The 12-time Just for Laughs veteran is back with his subtly-titled new show, The Best Of, Ultimate, Gold, Greatest Hits World Tour.

Carr is gathering a selection of his best jokes along with brand new material for what he is calling “the ultimate comedy show.” His new tour will fuse everything we love to laugh at and be shocked by into one unparalleled night of entertainment.

Stick with us on this one comedy fans, it may seem like an odd duo but it’s totally worth it.

Remember that classic Chappelle’s Show episode where Dave and John team up to explore different culture’s dance moves? It’ll be like that, but live.

After playing several intimate pop-up shows across the US, Chappelle and Mayer’s Controlled Danger tour uses Montreal as their first-ever Canadian performance.

The show features a solo musical set by John Mayer, and a solo comedy set by Dave Chappelle. Truly the best of both worlds. The event kicks into high gear for the second half of the show when both performers join together for songs, stories, improvised dancing, and more.

Melissa Villaseñor is an American actress, stand-up comedian, and impressionist. She was cast as member of Saturday Night Live in 2016 and is rocking a solo show at OFF-JFL at the quaint Montreal Improv.

Her impressions are so perfect you might think there’s 100 different people on stage.

The Montreal-born radio host returns to JFL with his new special 60 Minutes with Joey Elias and he’s bringing local comedienne Jacy Lafontaine with him as an opener. Lafontaine has gained popularity around Montreal and her Quebecois accent plays beautifully into her racy jokes.

Elias on the other hand, is one of the most impressive comedians at the entire festival when it comes to material. He doesn’t have any.

He works exclusviely with the crowd and somehow, at the end, he hilariously ties everything together. It’s almost like magic.

Two hilarious veterans from the Montreal comedy circuit have netted their own special with Rad Dads! The new dads have traded in their old lives of degeneracy for father-of-the-year mugs. Join the two pops as they discuss what life in the dad lane is like.

In his first year as co-owner of the entire festival, Howie Mandel returns for the fourth time to host his gala with a lineup of top comedic superstars.

Go from seeing Scott Rogowsky on HQ Trivia every night on your phone to seeing him live.

Drawing from the late-night tradition of Carson to Conan, Scott Rogowsky hosts Running Late With Scott Rogowsky. He’s joined by his sidekick/dad, Marty Rogowsky as they welcome a mix of comedians, musicians, authors, actors, and otherwise interesting people to the couch for a unique live talk show experience that needs to be experienced to be experienced.