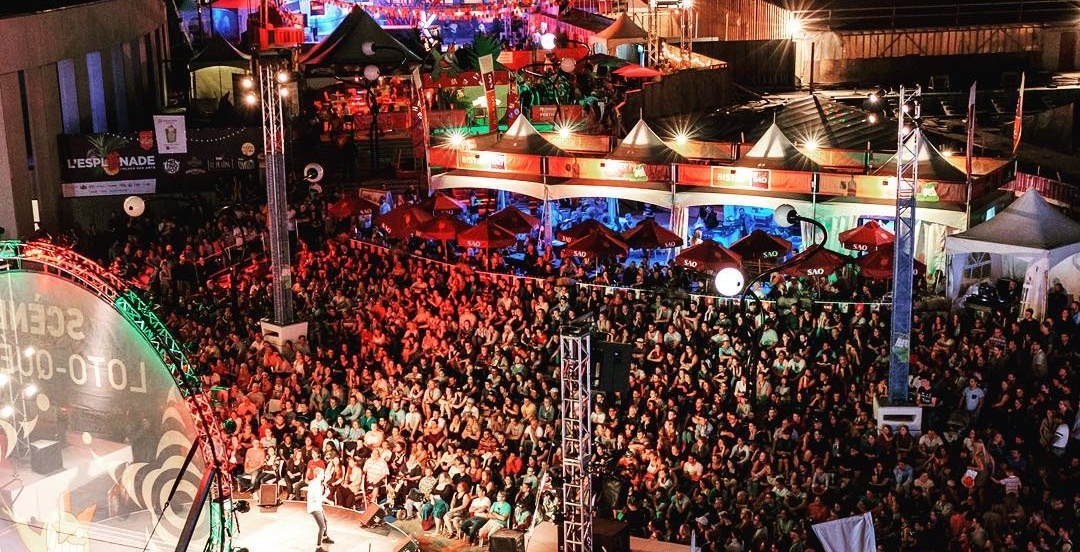 The Quartier des Spectacles is trading in last week’s Jazz Fest instruments for this weekend’s comedians as the city gears up to host Just for Laughs, the largest international comedy festival in the world.

The majority of the free shows will be in French and are anchored at the Quartier des Spectacles.

Here are the 12 best free shows that will have you chuckling all over the city’s entertainment district.

Alexandre Barrette loves to laugh at himself and he brings the audience with him. He approaches his show ‘Imparfait’ with perfectly timed self-deprecating humour and goes into detail about the flaws of his life. The radio and television host’s newest special has sold over 100,000 tickets throughout the province. You can see it for free on July 18.

Vincent C is a comedian based illusionist. Or is he an illusionist based comedian?

Regardless, the Quebec magician is a Just for Laughs veteran and he puts a hilarious twist on classic magic routines and douses it all in humour.

Dressed in his 1920s swimsuit, Mighty Mike is an ode to old-school wrestlers and weightlifters. His comedic strength-based routine has him lifting dumbbells as if they were feathers, tearing up (4-page) phonebooks with his bare hands and of course, dancing. Get a double-dose of hilarity during the Just for Laughs Twin Parade. This year’s parade focuses on the theme of space and everyone in the parade is either a twin, triplet, or quadruplet. Maybe even quintuplets!

Julien Dionne made a name for himself as an English comedian and is now venturing towards the French side. The New Brunswick-native will be testing his Acadian French in front of a big crowd at this year’s festival.

Hosted by the hilarious Anaïs Favron, this quiz show will gather more than 30 competitors on stage for a live competition.

Unusual challenges, odd trivia questions and surprise of all kinds are on the agenda as well as fantastic prizes.

Participants can still register online to brave the crowd and test your knowledge and skills.

Derrick Frenette is a charismatic rapid-fire comedian.  His facial expressions and hair-do alone will make you laugh, but he approaches his set with a laid-back vibe and witty punchlines.

Travel back to the groovy 70s and catch the disco fever with a fusion of funk, dance, soul and comedy.

Check out a live multi-sensory experience in the company of a dozen artists who are bringing their renditions of Gloria Gaynor, Kool and the Gang, the Bee Gees, Donna Summer and The Sunshine Band with a dash of humour.

Jérémie Larouche’s new special describes his romantic encounters as a young adult and he uses a variety of media to demonstrate it. Besides stand-up, he uses puppets, music and dance in describing the absurd situations he’s been in.

Comedians Dave Morgan and Marko Métivier invite you to a unique party of two “Ms” for the price of none. Morgan and Métivier hit the stage in the form of ‘good cop, bad cop’ but for comedians. Morgan’s good-natured, charismatic side compliment Métivier’s darker anecdotes of his everyday life.

Greg Tudeski is a musical imitator who’s fusing 50 different pop songs and artists into one show. From Lady Gaga to Adele, and Jennifer Lopez to Ginette Reno, Tudeski will hop from generation to generation with a variety of pop music and comedy for all ages.