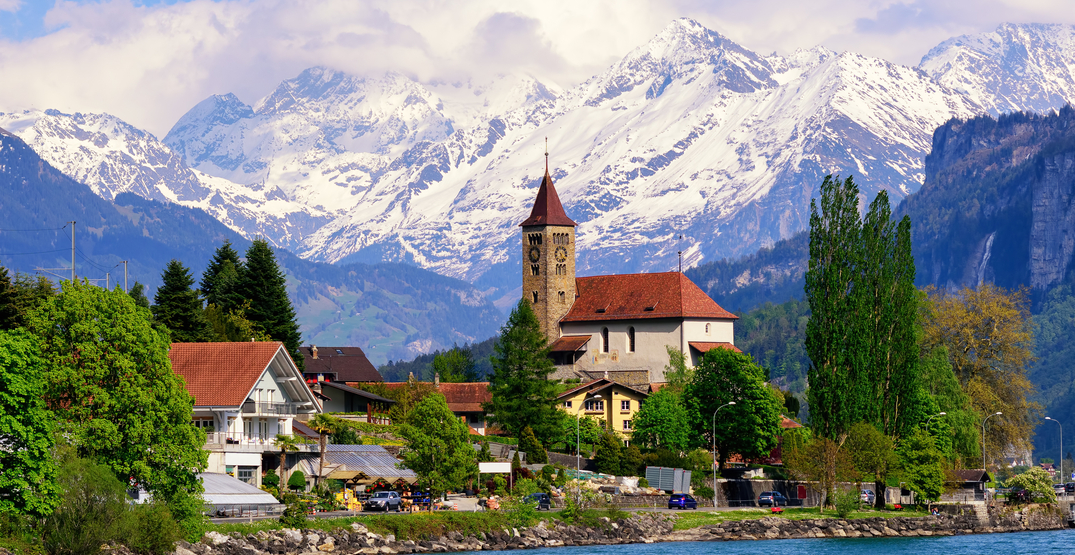 Every country in the world has something special and unique to offer, that’s why travelling is such an exciting and enriching experience.

The overall wealth and success of a country are what provides it with power and influence, however.

Globalization has a significant impact on the presence of a country on the grander world stage.

With this in mind, U.S. News & World Report recently released its extensive list of the 73 Overall Best Countries Ranking.

Switzerland captured the number one spot with its stunning natural scenery, including the magnificent Alps, as well as its position as one of the world’s wealthiest countries with a GDP of $705.5 billion ($920 billion CAD).

Switzerland has also been widely regarded for years for its neutrality regarding international relations, U.S. News notes.

Coming in second place is Canada, which moved up a spot since last year’s ranking.

Canada is the second-largest country in the world following Russia, with an extensive amount of natural beauty.

According to US News, its abundance of wilderness, as well as its hospital reputation towards immigrants, plays a significant role in the country’s overall identity.

Coming in at number three was Japan.

It is no secret that Japan is one of the world’s most technologically advanced countries.

With the industry being so prevalent, the country is home to nearly 127 million people all situated in various urban centres.

Due to its position as a technological leader, the country has a substantial GDP of $5 trillion ($6.5 trillion CAD), according to the report.

Germany claimed the number four spot on the list of Overall Best Countries.

The most populated country in the European Union, Germany, is home to one of the largest economies in the world and has seen significant growth in terms of global presence since its reunification in 1990, US News reports.

Rounding out the top five Best Countries is Australia.

Australia is considered a wealthy country, according to the data collected by U.S. News, with a market-based economy that boasts a high GDP of $1.4 trillion ($1.8 trillion CAD) as well as a comparatively high per capita income of $52,379 ($68,315 CAD).

Lebanon fell last on the list mainly due to the sectarian violence taking place within its borders as a result of the recent Syrian civil war, the report explains.

In November 2017, former Prime Minister, Saad Hariri, abruptly resigned from his post during a trip to Saudi Arabia.

Unfortunately, this has come at a loss to the country’s overall economy which is reflected in its less than desirable per capita income of only $14,689 ($19,159 CAD).

The ranking of the Overall Best Countries is derived from research surrounding global performance in a variety of metrics.

The model used to rank the countries was developed by BAV Group and the Wharton School at the University of Pennsylvania, particularly David J. Reibstein, in association with US News & World Report.

Countries were compared against 65 specific attributes that were then presented in a survey to over 20,000 people from around the world.

Participants evaluated how closely they related each characteristic with a country.

Ultimately, many believed that the results of this year’s list were not favourable.

“The Best Countries report, produced from an annual global survey of more than 20,000 people in 36 countries that includes the United States, reflects increasingly negative views of the world and within countries,” the report explains.

“Nearly half of (the) survey respondents say conditions around the world have worsened in the past year. Likewise, an increased percentage of people say the gap between the rich and poor has grown, and that nationalism is increasing.”

According to the data, the Top 25 Best Countries in the World for 2020 are:

To find the full list of all 73 countries, you can visit the US News & World Report website.