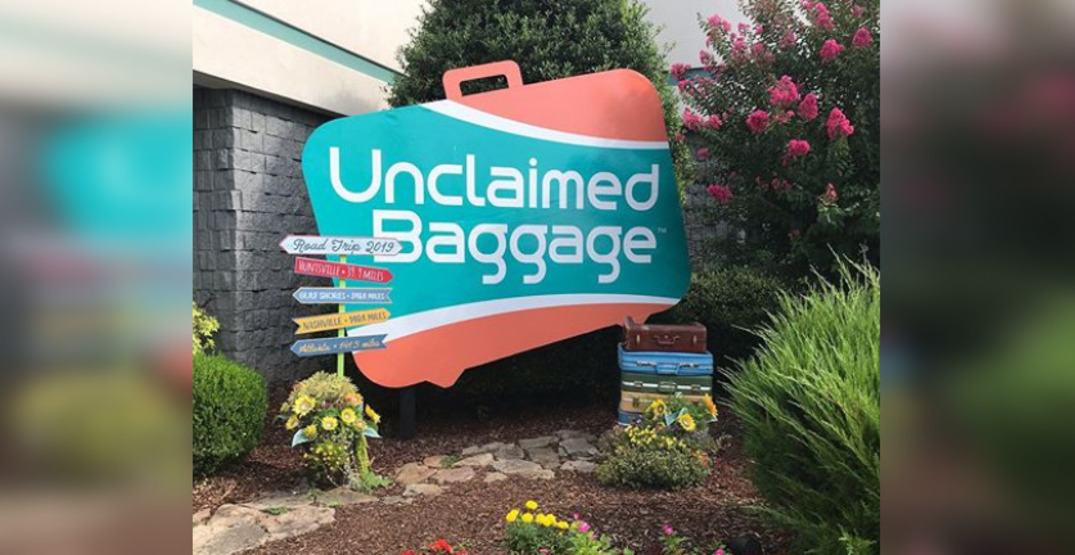 Have you ever wondered what happens to baggage that is never claimed?

A majority of it is. However, there is a small percentage that makes it to the island of lost luggage.

From there, if no one claims a bag after 90 days, airlines can sell it to a discount store located in Scottsboro, Alabama.

The Unclaimed Baggage Center, a 40,000 square-foot warehouse, is filled to the brim with various knick-knacks and items recovered from lost luggage from all over the United States.

“Although over 99.5% of domestic airline’s checked bags are picked up at the baggage carousel, lost luggage is an unfortunate part of airline travel,” the store’s website says.

Following the 3-month duration where airlines seek to return the remaining 0.5% of lost luggage, only a small amount of the bags are leftover.

“Claims are paid on these remaining lost bags and only then do the airlines sell the remaining unclaimed baggage property to Unclaimed Baggage Center.”

The brand explains that such purchasing agreements actually provide a useful service by giving a “second life to unclaimed items.”

Here’s how it works.

The unclaimed bags are delivered to the facility via tractor-trailer, where they are categorized, sorted, and given prices.

From there, clothing items are laundered and dry-cleaned at the warehouse’s in-house laundry facility, which also happens to be the largest laundering facility in Alabama.

If any bags contain jewelry, it is polished and then appraised.

Electronic items and equipment undergo testing. Then they are wiped of all personal data and information.

Basically, if it’s something that can be packed into a suitcase, it is likely sold at Unclaimed Baggage Center.

The facility sells a variety of items typically brought on vacations and business trips such as clothing, jewelry, cameras, electronics and golf clubs.

However, you may get lucky and pick up something one-of-a-kind.

“You never know what people may pack, so you could be one of the lucky shoppers to scoop up an African mask, vacuum-packed frogs, or even a snowboard,” the brand’s website states.

The company’s website has a page solely dedicated to the eclectic, and sometimes downright weird, items that have been found in abandoned luggage, appropriately named “You Found What?”

Items on this page include a camera from the space shuttle (which was returned to NASA), a Versace gown straight from the runway, a 40.95-carat natural emerald, and even a shrunken head.

The concept for the Unclaimed Baggage Center originated in 1970 when Doyle Owens had an idea.

According to the website, he journeyed to Washington D.C. in a “borrowed pick-up truck and a $300 loan” to collect the first of what would be many loads of unclaimed luggage.

Owens sold the items “on card tables in an old rented house,” and the rest is history.

His endeavour was a roaring success.

From there, the company was owned and operated by Doyle, his wife Sue, and their two sons.

It eventually evolved into a substantial business that would later transform into the first and only lost luggage store in the US.

Since the company’s creation, the Owens family and their team have been committed to sharing their success and wealth by giving back.

Every year, they have donated stock, funding, and time to various charitable efforts through their “Reclaimed for Good” initiative.

Through their various philanthropic relationships with local, national, and international organizations, Unclaimed Baggage Center finds uses for over half of their merchandise not appointed for retail.

Losing your bag sucks, and it’s not fun having to replace lost items, but perhaps you can take solace in the fact that there is potential that your personal items are bringing joy and utility to those in need.

At the very least, you can use it as an excuse to go shopping.