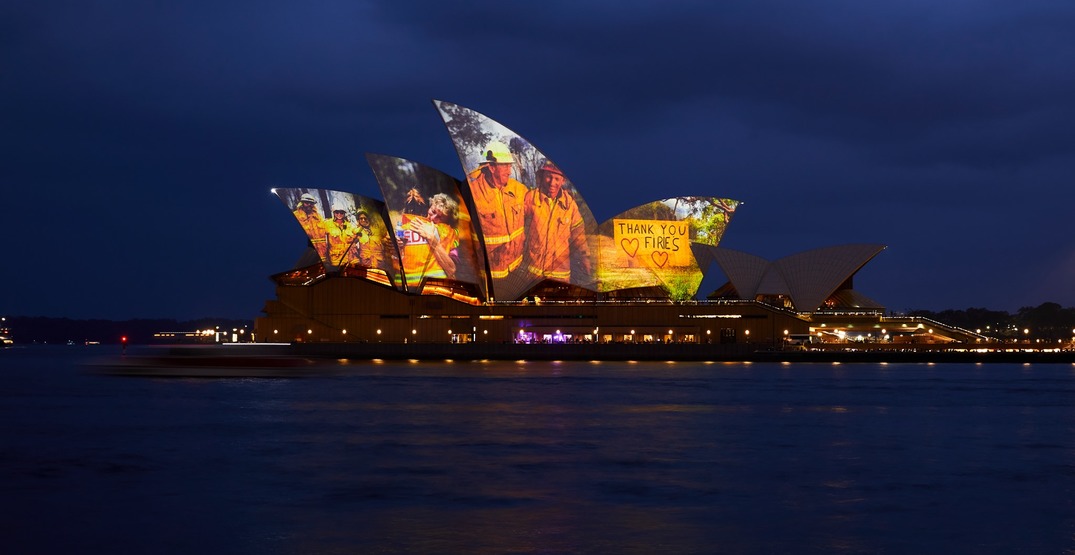 For several hours on Saturday evening, the images portrayed a message of hope and gratitude towards those risking their lives to ensure the safety of the region.

One image was beautiful in its simplicity, a hand-painted sign featuring two hearts that read, “THANK YOU FIRIES.”

“We want to send a message of hope and strength, and importantly to thank the emergency services and volunteers for their incredible efforts and courage,” Sydney Opera House explained on Facebook.

The New South Wales Rural Fire Service shared a video of the images on the building’s sails in a Facebook post on Saturday.

“While there have been many people, agencies, groups and members of the community involved in the firefighting effort, there is special recognition for NSWRFS volunteers who have worked so hard to protect communities,” the NSWRFS stated in the post.

In addition to the tribute, Sydney Opera house — in association with Live Nation Australia & New Zealand — announced that they would be putting on “Comedy Steps Up for Bushfire Relief,” an outdoor gala performance on the steps of the opera house and forecourt on March 16, 2020, to help raise money for communities affected by the bushfires.

Tickets for the event go on sale January 15.