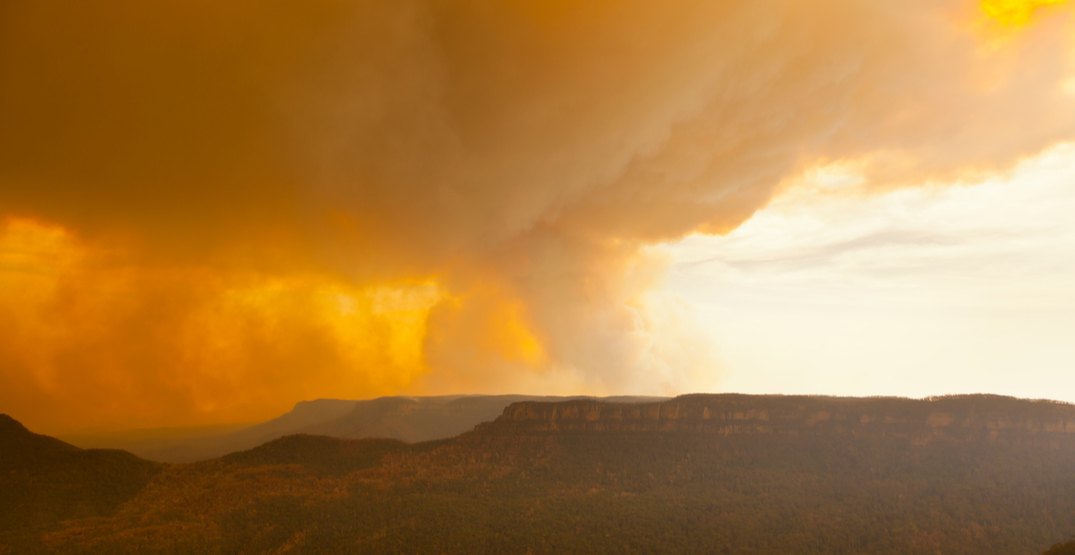 The New South Wales Rural Fire Service (NSWRFS ) issued a ‘Tourist Leave Zone’ on Tuesday as a result of the devastating bush fires still blazing across the region.

The service sent out a tweet informing visitors of the risk of widespread fire danger for the weekend of January 4 that will include “dangerous conditions, the same or worse than New Year’s Eve.”

With the widespread power and communications outages across the South Coast please share this information to as many affected people as possible. #nswrfs pic.twitter.com/JvbwrpC1fe

Those visiting the South Coast — specifically the area between Batemans Bay to the Victorian border — are instructed to vacate the area before Saturday.

Other leave zones include Batlow/Wondalga, Shoalhaven, and Khanocoban, as well as another tourist leave zone at Snowy Monaro.

A post shared by Climate Save Movement (@climatesavemovement) on Jan 2, 2020 at 9:38am PST

The leave zones have been enacted to protect travellers and locals alike from the seriously life-threatening fires burning across New South Wales.

Conditions are only expected to get worst according to a forecast for Saturday, January 4, says the NSWRFS website.

The latest fires have killed at least seven people with two others unaccounted for, according to the New South Wales Police Department.

Among those lost was a 28-year-old volunteer firefighter who died at a property in Jingellic.

The government of New South Wales has made available a new payment structure for eligible volunteer firefighters who have lost income as a result of fighting the blazes during this fire season.

According to the government website, “The payments will provide for lost income of up to $300 per day up to a total of up to $6000 per person. These payments are tax-free and will not be means-tested.”

For a majority of volunteers, these funds will be the equivalent of at least 20 days’ emergency leave for those employed at small to medium-sized companies as well as self-employed volunteers.

However, these payments are only available for residents of the region who have operated as volunteer responders to the fires for over 10 days since July 1, 2019.

“The NSW Government already provides unlimited paid leave to all state public service employees who volunteer with the RFS or the other emergency services,” NSW Premier Gladys Berejiklian said in a statement.

“We are now pleased to provide administrative support to the Commonwealth to compensate our brave volunteers for loss of income.”

The NSW RFS stated in a tweet on Tuesday that 916 homes have been destroyed this fire season with an additional 363 homes damaged. However, 8,159 homes and over 16,000 buildings have been saved.

The Bureau of Meteorology has issued elevated fire dangers and severe weather updates in the next coming days leading int the weekend.

To receive the most up to date information regarding the bush fires, continue to check the New South Wales’ Rural Fire Service website, the Australian Government Bureau of Meteorology website, as well as the official Government of New South Wales website.