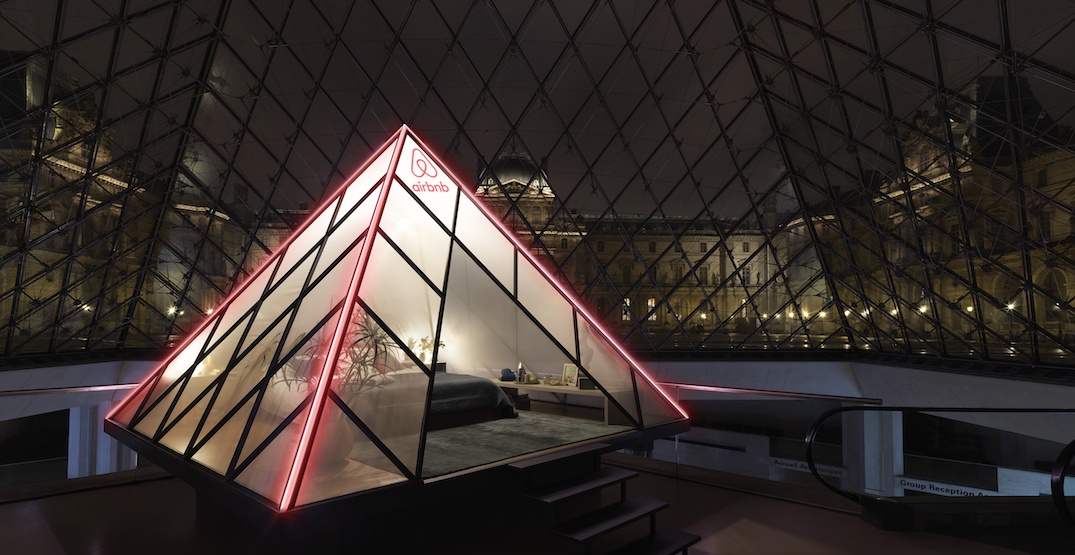 One lucky duo's home for a night. (©Julian Abrams/Airbnb)

If you’ve ever dreamt of wandering alone at night through the Louvre (and getting a coveted photo with Mona Lisa, sans touristes) then read on, art-lovers.

Airbnb and the Musée du Louvre in Paris announced Tuesday that the museum will be transformed into a magical home for one night only on April 30.

One lucky winner and their guest will be treated to a once-in-a-lifetime opportunity to see what happens inside the world famous museum at night, as a part of Airbnb’s partnership with the Louvre.

From May until the end of the year, a series of special Experiences at the museum will be bookable on the home sharing platform — think exclusive visits and intimate concerts. 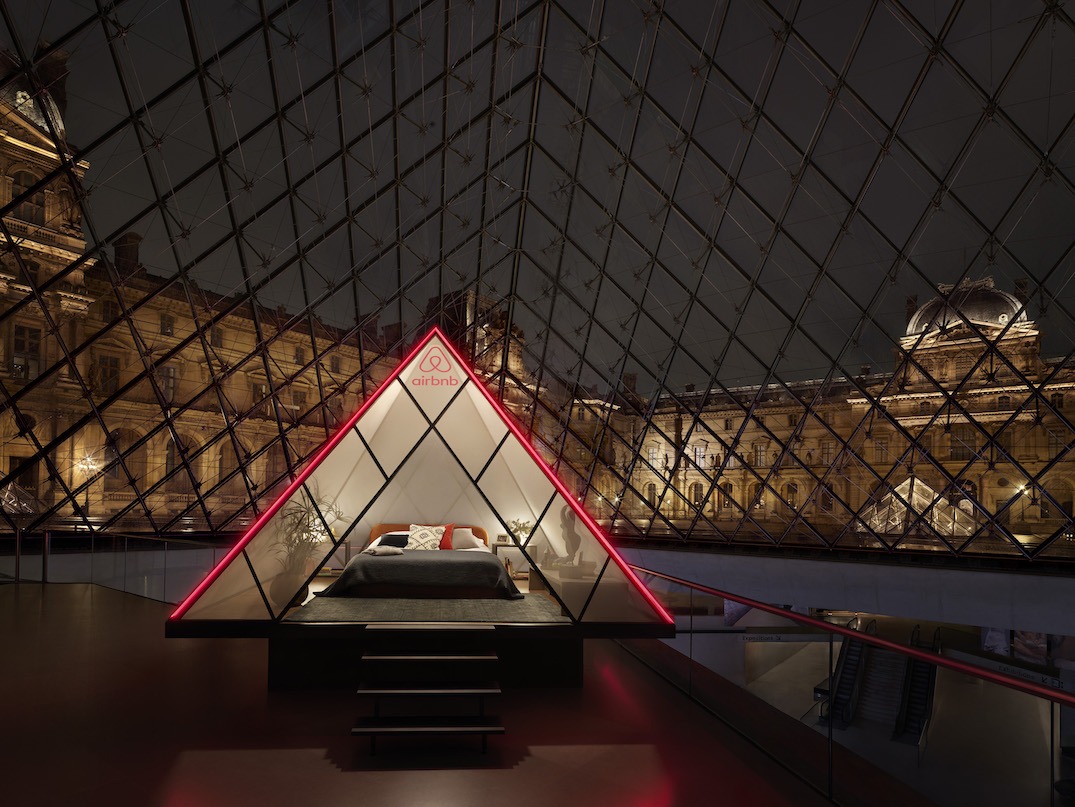 “As the sun sets on Paris, the winning duo will make their way to the museum where they will be greeted by an art historian, who will take them on a bespoke tour,” reads the press release issued by Airbnb.

Such tours have previously been given to the Obamas, Beyoncé, and Jay-Z, so to say it’s the experience of a lifetime would be a major understatement. 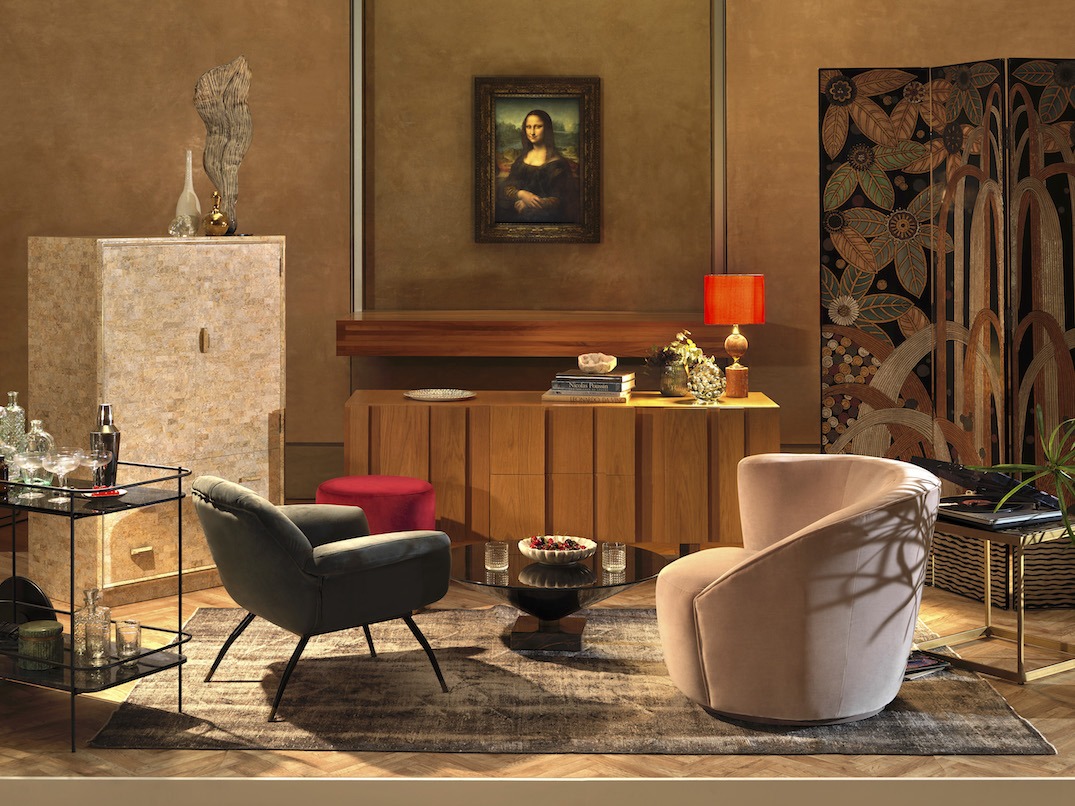 Once the lucky duo has toured the museum’s wonders, they’ll enjoy their home for the night in the presence of some epic hosts. The winners will toast with a Renaissance-inspired aperitif in the company of the Mona Lisa while lounging on luxurious Parisian sofas and listening to French tunes on vinyl records. C’est magnifique, non? 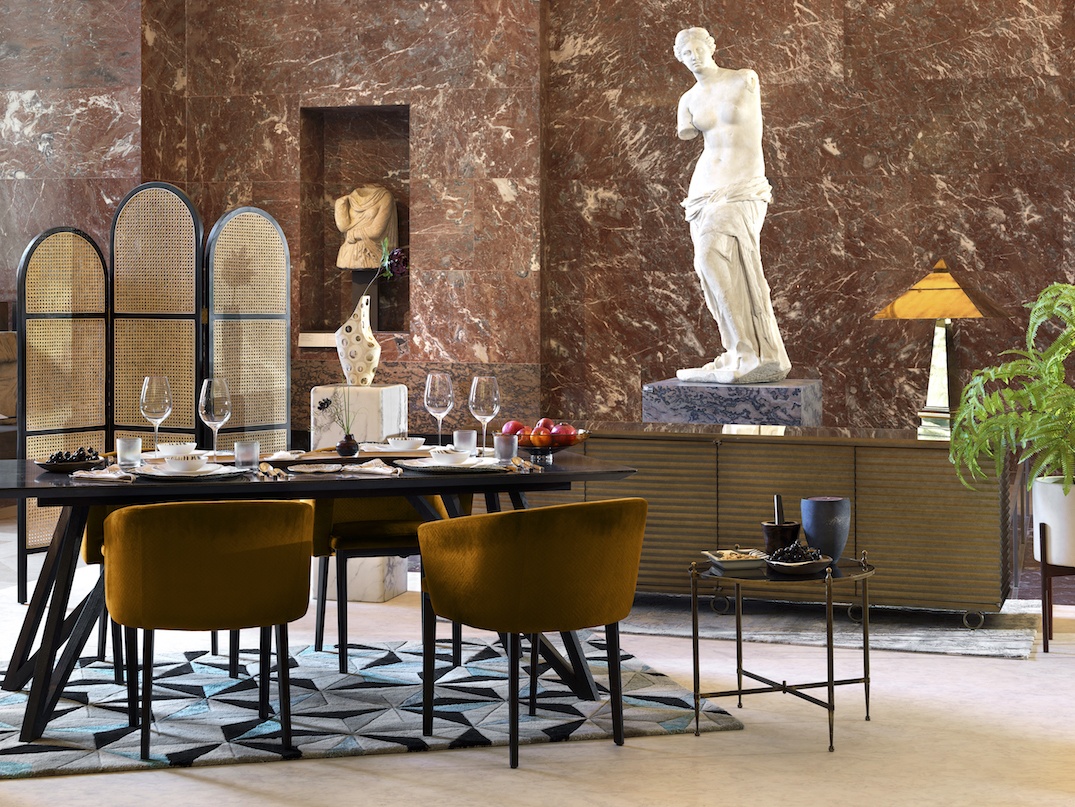 From there, Venus of Milo, the Greek goddess of love and beauty, will “host” a lavish feast in a pop-up dining room. Finally, the evening will come to a close with an intimate acoustic concert in Napoleon III’s extravagant chambers. 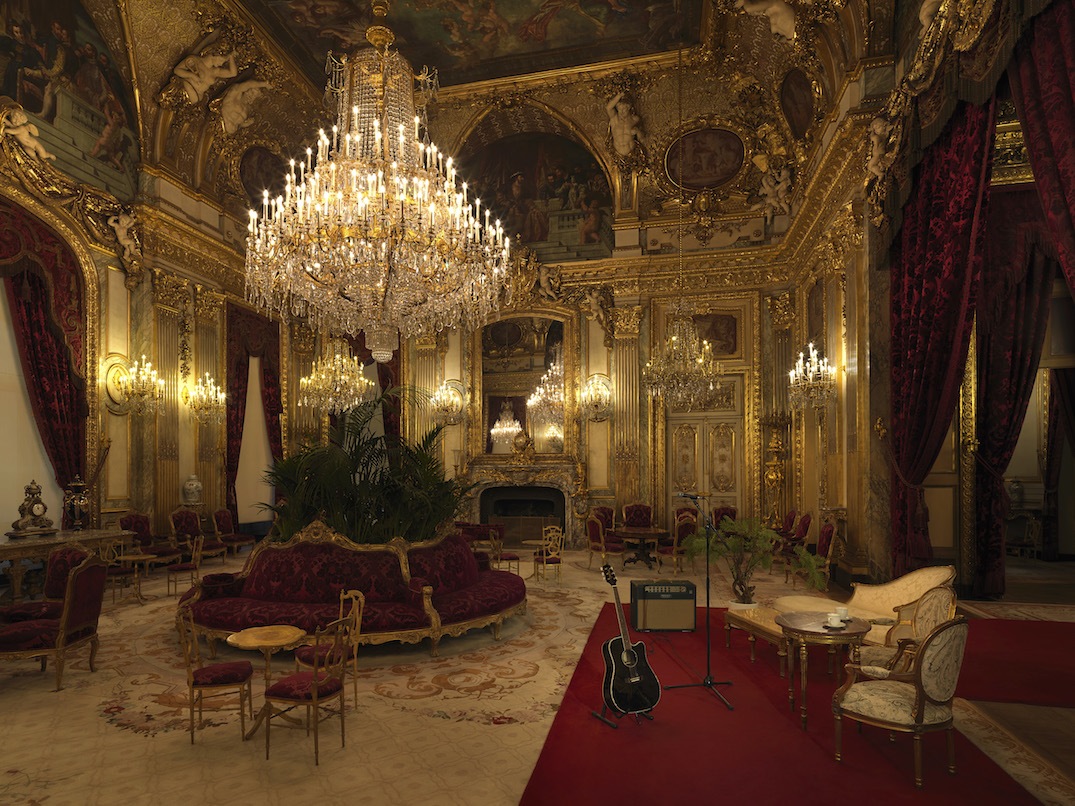 To wrap up the magical experience, guests will retire to their bespoke “mini-pyramid” (specially designed to celebrate the building’s 30th anniversary) under the iconic glass Pyramid for a sleepover among some of the greatest masterpieces in history.

To get you in the mood for a Parisian getaway, be sure to check out our guide to the city of love. 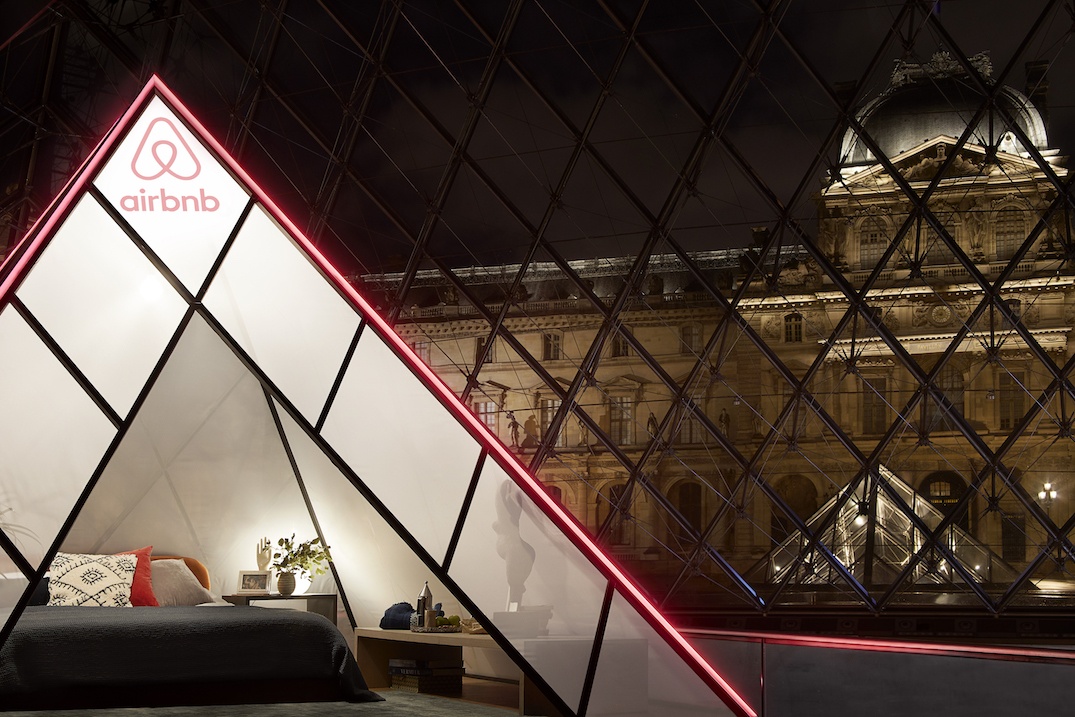 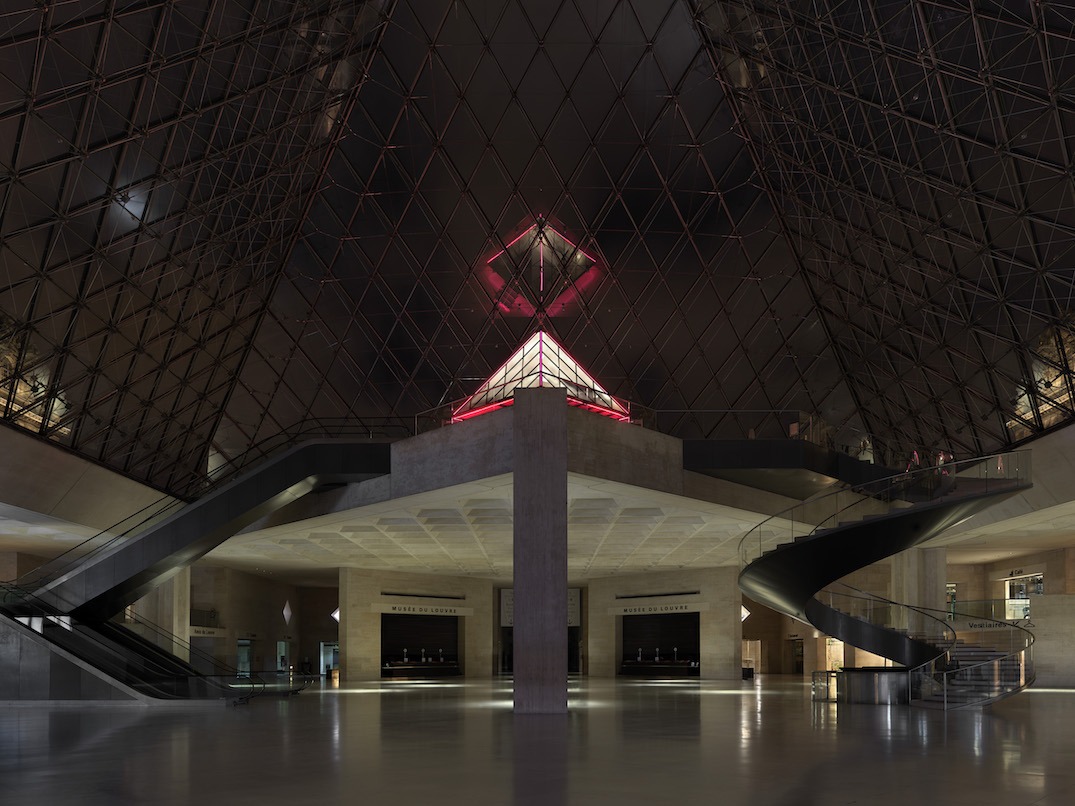 To enter, simply go to airbnb.com/louvre before April 12 at 11:59 pm (French time – GMT+1) and answer this question: why would you be the Mona Lisa’s perfect guest? One winner will be selected on April 19, 2019. All terms and conditions of the contest are available on the museum’s contest page.

Which part of the night at the Louvre experience are you most excited about? Share it with us in the comments below.