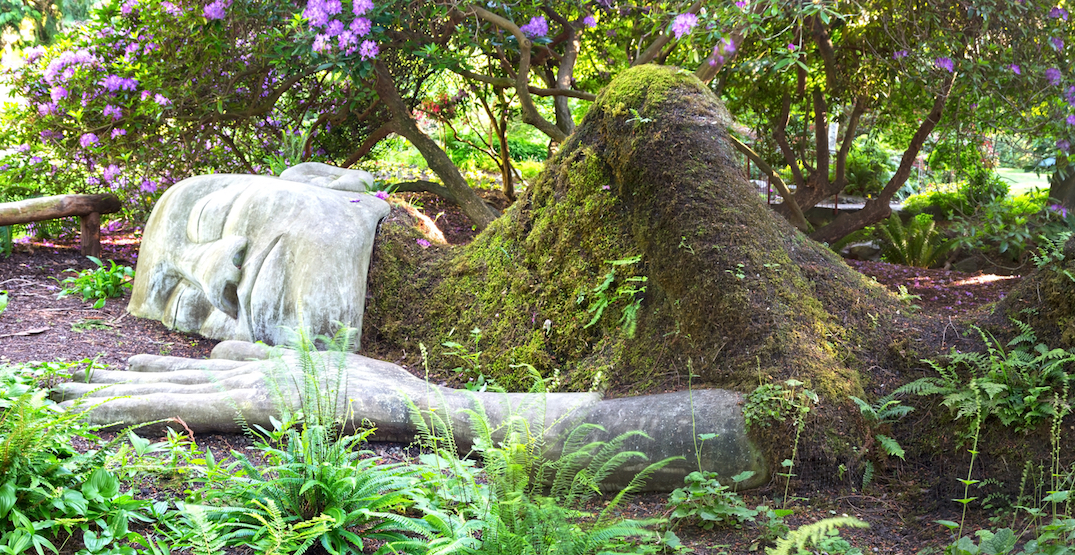 The Moss Lady in Victoria / Shutterstock

There’s nothing quite like hitting the road and taking in the sights: offbeat art, larger-than-life sculptures and just delightfully bizarre roadside attractions.

We’ve rounded up 10 of the kookiest ones you’ll find in British Columbia.

According to Guinness World Records, the world’s largest hockey stick is 40 times bigger than life-sized, weighing in at over 28,000 kilograms and stretching more than 62 metres in length. Originally built for the Canadian Pavilion at Expo ’86 in Vancouver, the jumbo hockey stick and its accompanying puck now sit outside the Cowichan Community Centre in Duncan. Game on!

A post shared by City of Prince George (@cityofpg)

Since 1960, Mr. PG has been welcoming visitors to Prince George. He was originally created up as a way to promote the area’s forestry industry, and his smiling, Pinocchio-esque face has adorned everything from t-shirts to quilts to postage stamps.

Eternally slumbering in Victoria’s tranquil Beacon Hill Park is The Moss Lady. This 11-metre-long art piece was dreamed up by gardener Dale Doebert, who found inspiration in Mud Maid, an earth sculpture in the Lost Gardens of Heligan in England. Flowering crocosmia plants make up her hair, and her moss was harvested by Doebert and his wife near Shawnigan Lake. But shhhhhhh, don’t wake her up.

A penny for your thoughts? If you have really big thoughts, you might want to head to Salmo to contemplate the world’s largest penny. Standing 2.5 metres tall, this giant coin commemorates the town’s Penny Power campaign in 1995. Its goal was to reduce the national debt by collecting unwanted pennies and donating them to the Canadian government. 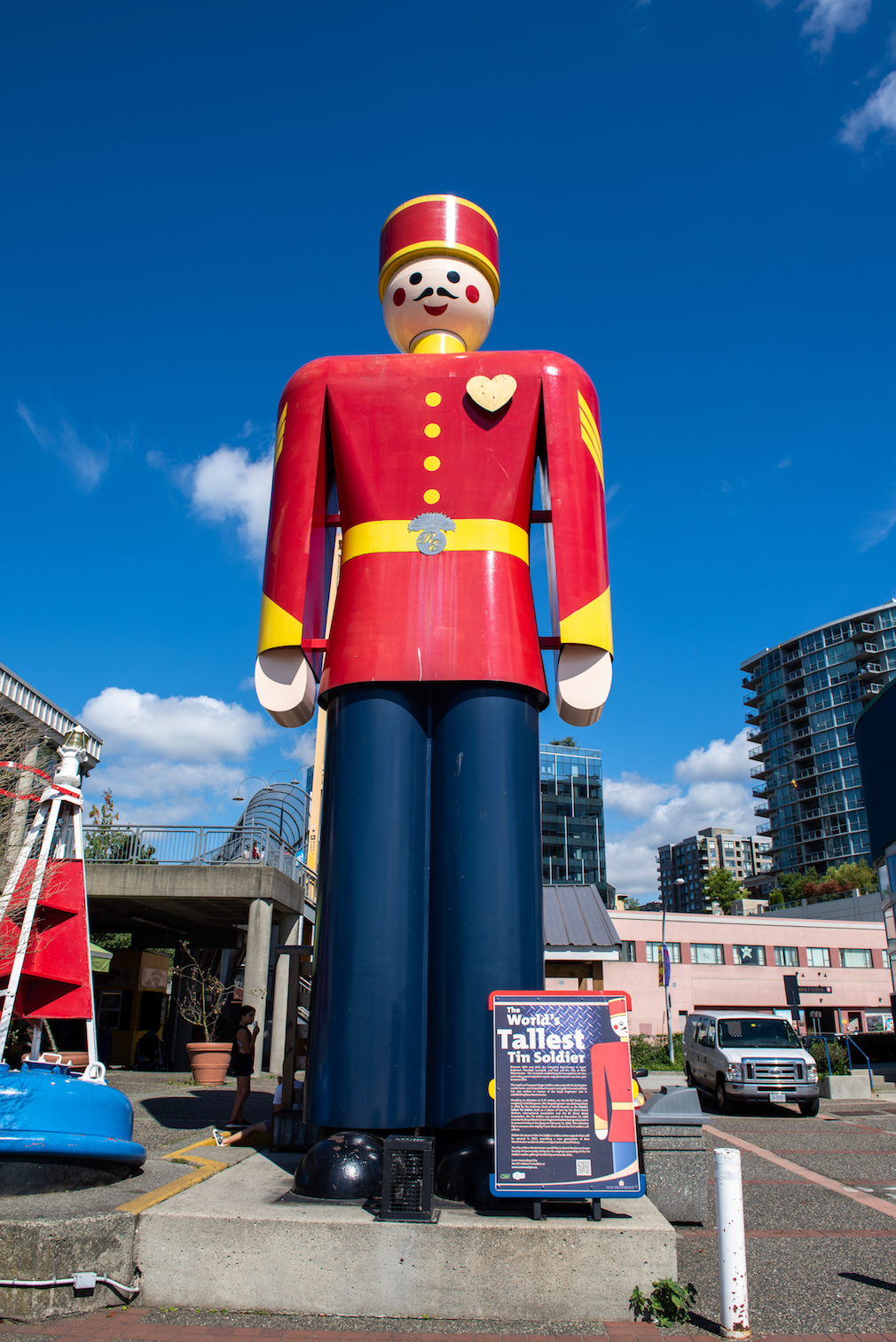 Standing guard over New Westminster is the cutest (and biggest) tin soldier you ever did see, at 9.75 metres tall and a weight of 4,540 kilograms — with size 60 boots. It honours the Columbia Detachment of Royal Engineers’ role in founding, surveying and laying out the city of New West. In the soldier’s heart is a time capsule that will be opened in 2025.

A giant statue of Smokey Bear outside Revelstoke reminds passersby that everyone has a role to play in preventing forest fires. Little-known fact: The popular mascot for wildfire prevention was named after a real black bear that barely survived a forest fire in 1950. When a song was later written about the orphaned cub, “the” was added to his name to fit the song’s rhythm better — sparking a decades-long debate about whether Smokey the Bear or Smokey Bear is actually correct.

Don your best lederhosen for a stop in downtown Kimberley to see the largest free-standing cuckoo clock in Canada. Back in the 1970s, this mining town reinvented itself as “the Bavarian city of the Rockies.” If you insert a coin in the clock, Happy Hans will come out and yodel for you. Yodel-lay-hee-hoo! 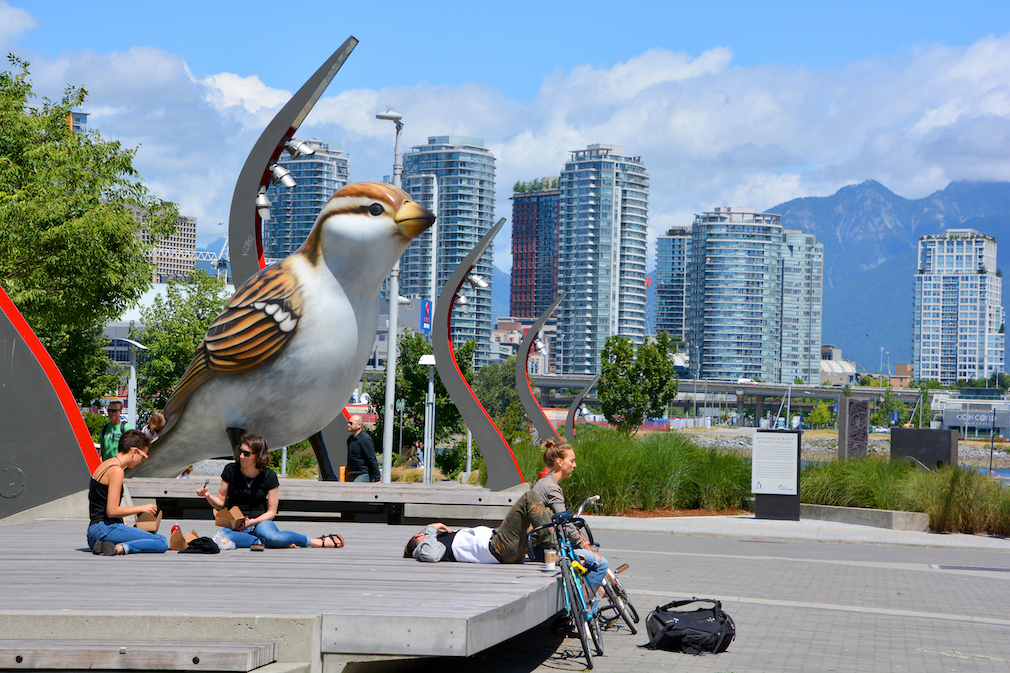 With The Birds, artist Myfanwy MacLeod is commenting on how introducing a non-native species can threaten the biodiversity of an area. The giant sculptures in Vancouver were themselves under threat — by a public determined to climb and ride bikes and skateboards on them. They ultimately suffered so much damage that they had to be sent to China and Calgary for costly repairs. 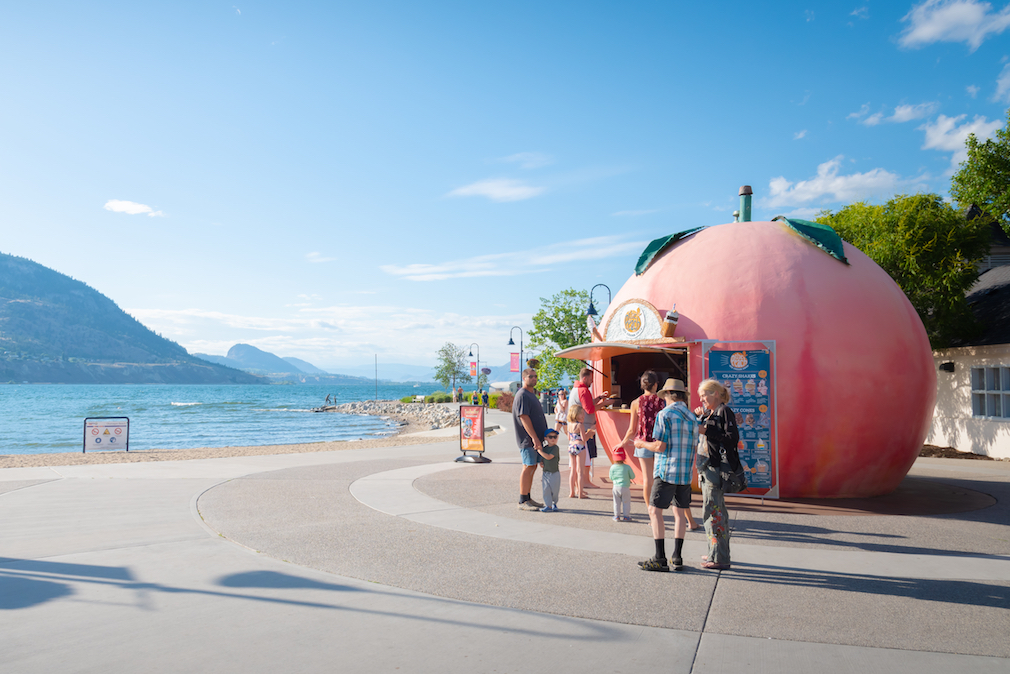 Penticton’s iconic Peach on the Beach is actually The Penticton Peach ice cream shop. This sweet spot is only open for scoops in the summertime, but the giant peach is fun for selfies all year round. Weird fact: Back in 1991, after a performance by MC Hammer at the annual Peach Festival, rioters rolled the peach into Okanagan Lake — which everyone later agreed was the absolute pits. 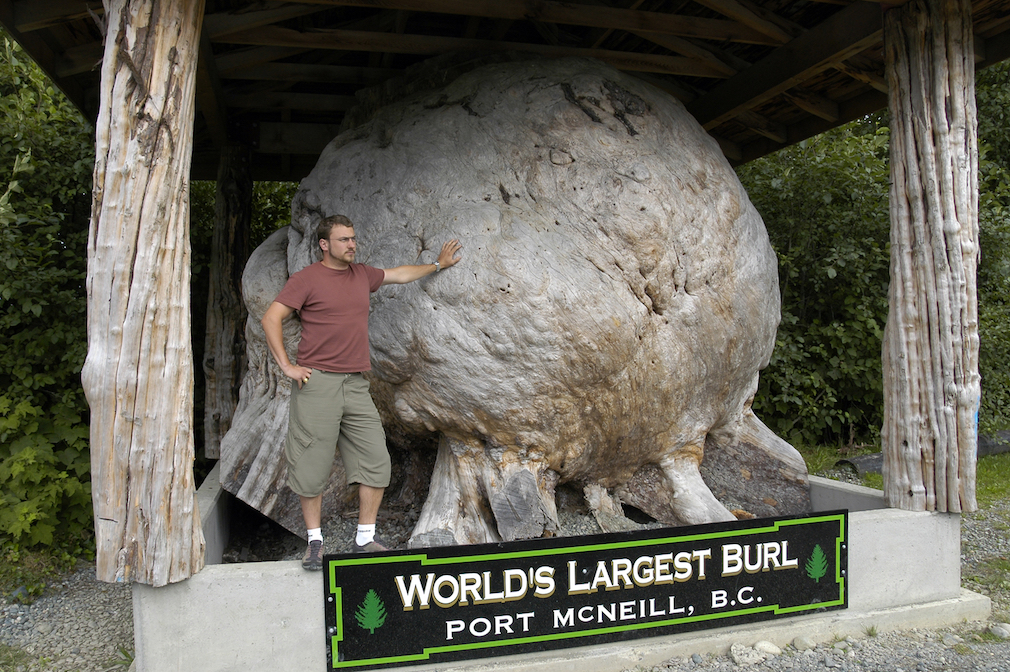 The world’s largest preserved tree burl sits in Port McNeill. For anyone who’s not up on their tree esoterica, a burl is an abnormal outgrowth on a tree. Cut from a 525-year-old spruce, the pride and joy of Port McNeill is 6 metres tall, with a circumference of 13.7 metres, and is estimated to weigh almost 30 tonnes — which is a mere sapling compared to the largest burl ever discovered. According to Guinness World Records, that one was found on a coast redwood in California and measured 9 metres tall, with a circumference of 36 metres, and weighed about 476 tonnes. Burl wood is highly prized by artists and furniture makers.