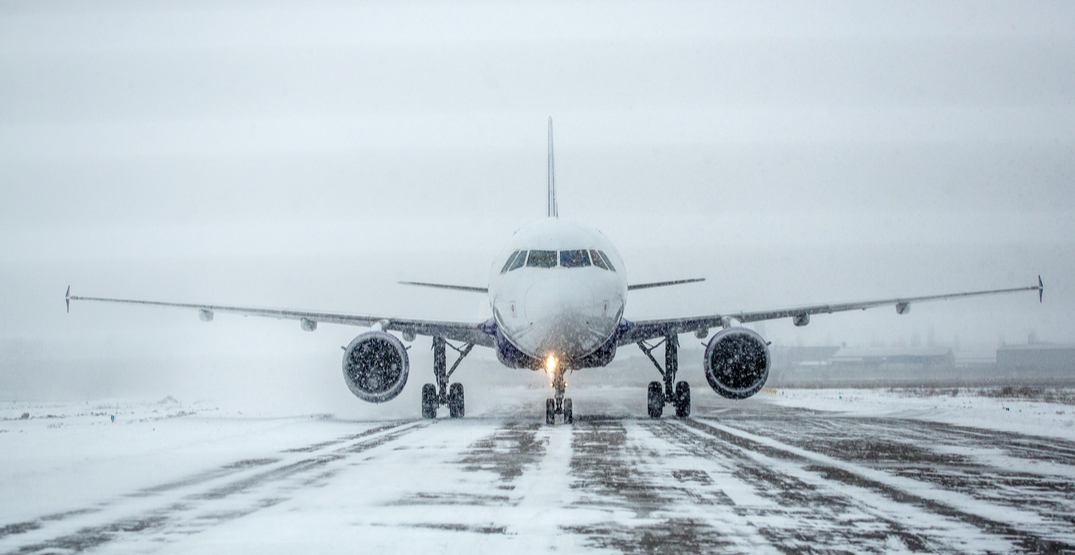 Hundreds of flights in and out of Denver International Airport (DIA) were canceled on Tuesday as crews rushed to clear heavy snow from runways.

According to The Weather Channel, over 1,100 passengers had no choice on Monday night but to stay in the airport after a substantial snowstorm hit the Metro Denver Area.

More than 475 flights were canceled on Tuesday with multiple flight delays after 7 inches of snow fell near the airport.

According to the Denver Post, there have also been 96 delays since midnight on Monday night.

“The cancelations accounted for nearly one-third of all scheduled flights at the airport for the day,” said The Weather Channel.

CNN reports that crews were using more than 20 pieces of equipment on Tuesday, including brooms, sand trucks, and snowplows, to clear the runways and keep them open.

The snowstorm, which has been dubbed Winter Storm Dorothy, caused large shutdowns of numerous interstates, including two of the most traveled in eastern Colorado.

A report released by CBS Denver states the Colorado National Guard was called in to assist with combatting the winter storm.

Officials at the University of Northern Colorado canceled classes on Monday afternoon and Tuesday as a result of the storm.

This guy says the commute to work in Boulder this morning is just fine. #9wx #COwx pic.twitter.com/N3DAS1h0vW

“We’re hoping by early afternoon that things pick back up,” Alex Renteria, a spokesperson for DIA, told the Denver Post. “The airlines are making decisions based on safety.”

One of our snow teams clearing a runway today with over 20 pieces of equipment including plows, brooms, liquid deicers, blowers and sand trucks. They can clear a runway in 15 minutes, one of the fastest times in the world! pic.twitter.com/axYtqVLfFO

DIA recommends that travelers check their flight status before leaving for the airport.

You can receive current information about Denver flights at flightaware.com.