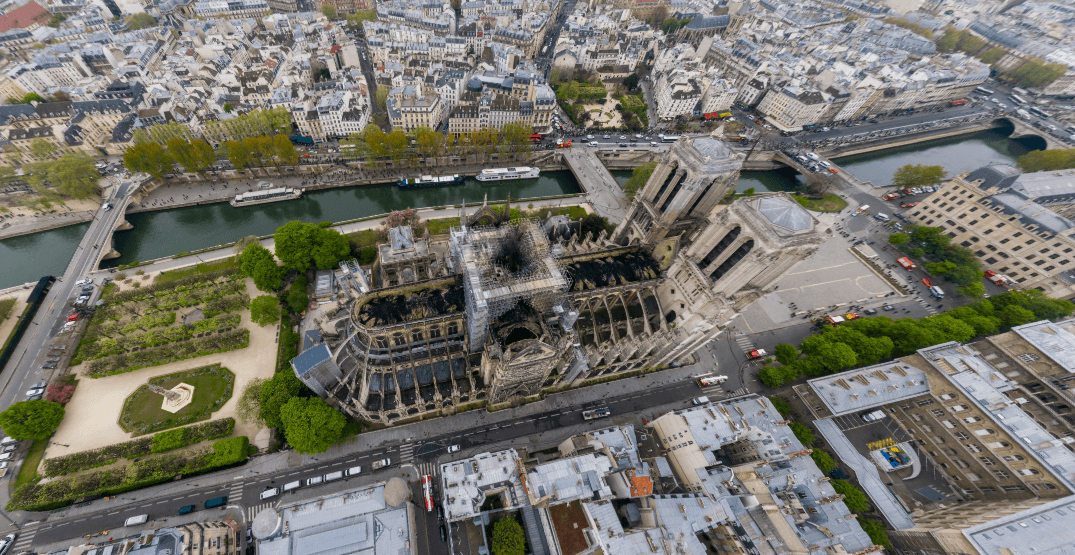 Notre-Dame Cathedral after the fire. (gigarama.ru/notredame)

Paris and the rest of the world are mourning the destruction of the iconic Notre-Dame Cathedral, which caught on fire on April 15, 2019.

The devastating photos from the fire show Paris’ most visited monument in a way that we never wanted to see, and are a reminder to never take the world’s treasures for granted.

While its main structure is still preserved, recognizable features such as the 300-foot-high central spire have been lost due to the inferno. It will take years for France to rebuild the monument. 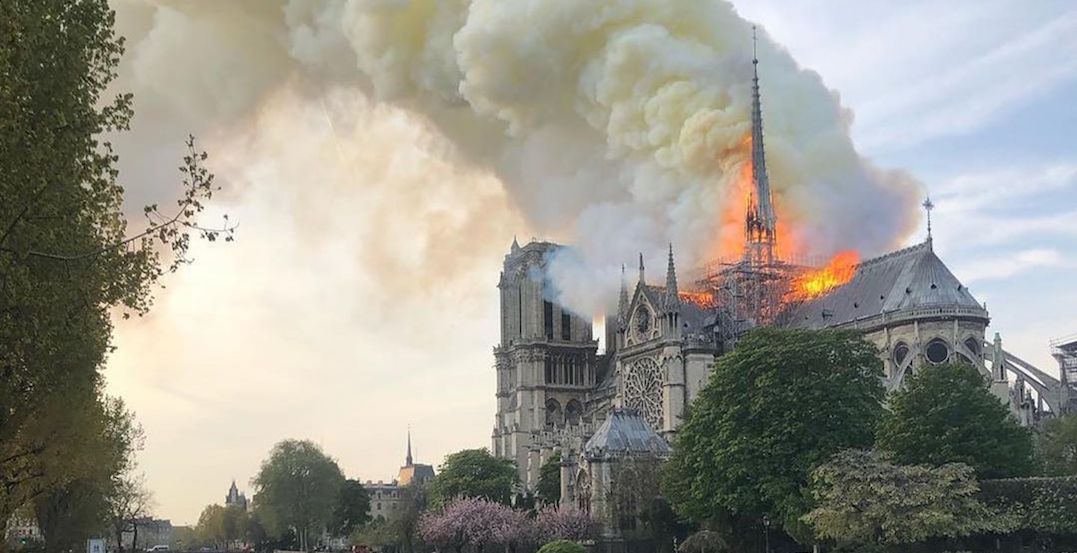 But rebuild it will, as French President Emmanuel Macron has vowed.

“I’m telling you all tonight — we will rebuild this cathedral together,” Macron said on the scene the night of the fire. “This is probably part of the French destiny. And we will do it in the next years. Starting tomorrow, a national donation scheme will be started that will extend beyond our borders.”

An international collection for the Notre-Dame of Paris is now welcoming donations from anyone wishing to help rebuild via the Fondation du Partimoine (French Heritage Foundation)’s website.

The tragedy has incited the urge for many travellers to visit Paris and its unparalleled presentation of history while we still can. There are many incredible sights to see and things to do in Paris that we are reminded not to take for granted.

The Victor Hugo novel that many associate with the cathedral — The Hunchback of Notre-Dame featuring the loveable Quasimodo — has skyrocketed to the top of the best-seller list. Many are sharing this depiction of the tragedy by artist Cristina Correa Feile as seen below.

There is a widespread focus on Paris and its historic cathedral, but exactly what is left, and what will need to be rebuilt?

While the extent of the damage to the cathedral’s exterior is unclear, it seems that the most valuable artifacts have been spared. “We managed to protect the most precious treasures in a safe place,” a Paris City Hall spokesperson told CNN.

Here is what was saved in the Notre-Dame fire, as reported by CNN.

The fate of other artifacts including sculptures, statues, and paintings is unconfirmed.