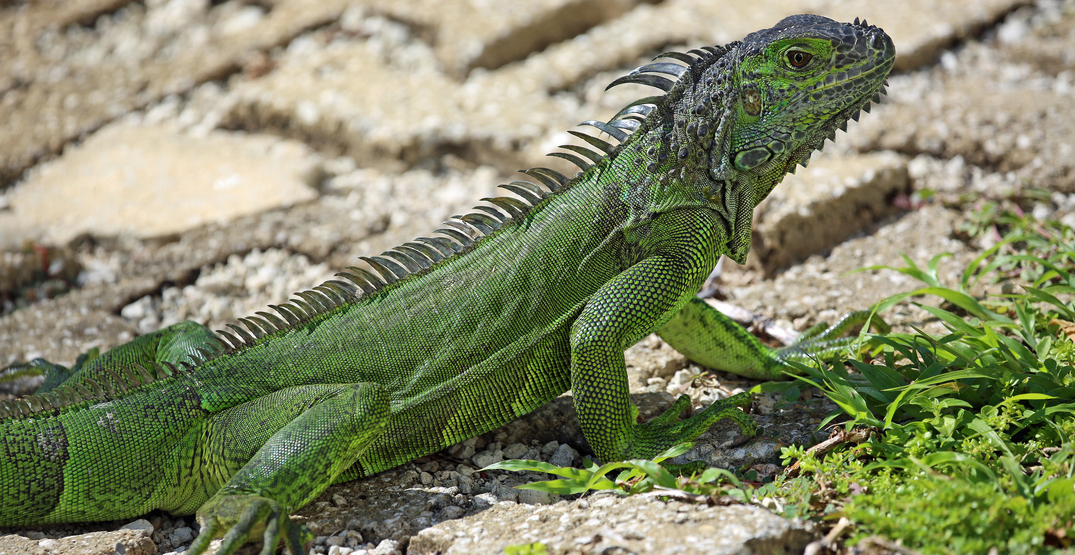 The National Weather Service issued a tweet this week advising residents in Miami not to be alarmed if they see iguanas falling from trees.

Jan 21 – This isn’t something we usually forecast, but don’t be surprised if you see Iguanas falling from the trees tonight as lows drop into the 30s and 40s. Brrrr! #flwx #miami pic.twitter.com/rsbzNMgO01

The tweet explained that iguanas are naturally cold-blooded animals. As such, they slow down and lose mobility when temperatures drop below certain temperatures.

Even though they are falling from trees, it does not mean that they are dead.

Users have taken to social media with images of the fallen reptiles.

Iguana stunned by the cold in front of my house near West Palm Beach. Last pic has my flop for scale.

I figured I’d find him– he’s a regular around my yard.

IGUANAS officially fell… as did the temp in Miami. Down to 40 now, wind chill 33. Coldest temp in more than 9 years… don’t worry, 80 is back Friday. 📸:@WPLGLocal10 h/t @SamWnek pic.twitter.com/DCNYLPGKyZ

Things we have to worry about in Florida, getting hit by falling iguanas. pic.twitter.com/rPYmQctT36

South Florida is waking up to cold temperatures and iguanas falling from the sky. Might as well make him comfy with blankie and hat while he thaws out. #FloridaWinter #iguana pic.twitter.com/1w1cgtZ8vx

Some people have decided to cash in on the lizards’ misfortune by selling their meat for consumption.

Ewww can you believe you can buy iguana meat on Facebook market for $1 !!! 🤢🤢🤢 pic.twitter.com/VMYDSQHq32

Iguana meat. Sounds like something straight out of Fallout.

In fact, the University of Florida even has a blog post solely dedicated to preparing iguana dishes.

However you choose to react — if you even decide to respond at all — just be sure, if you’re visiting Miami, to plan for iguana in the winter forecast.