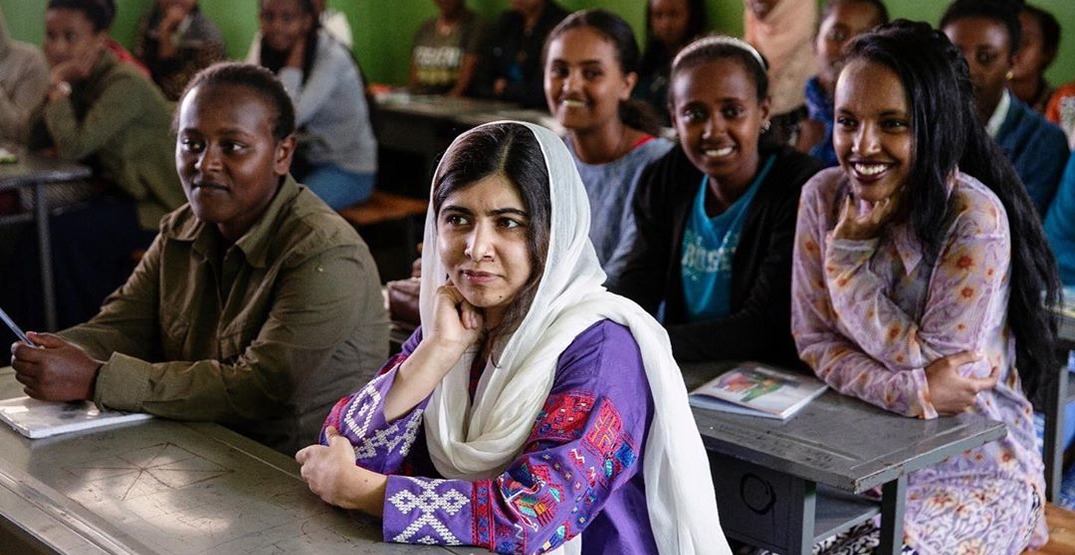 Fifteen-year-old Pakistani girl Malala Yousafzai nearly died as a result of being shot in the head on her way to school by a member of the Taliban. Yousafzai was targeted because she had taken a stand and spoke out against terrorism and advocated for the vital importance of education for young girls.

However, she proved that she was a force to be reckoned with.

After making an astounding recovery, she continued to fight for the education of girls and went on to become the youngest Nobel Peace Prize recipient in history.

A post shared by Children’s Museum Indianapolis (@childrensmuseum) on Jan 8, 2020 at 7:19am PST

Now, the harrowing and eye-opening story of Yousafzai’s life will soon be a permanent installation at The Children’s Museum of Indianapolis.

Yousafzai’s admirable tenacity and passion for education will now be featured alongside the stories of Anne Frank (a child of the Holocaust), Ruby Bridges (one of the first coloured children to integrate schools in the southern United States), and Ryan White (an AIDS activist in the 1980s) in an exhibit entitled “The Power of Children.”

“The exhibit highlights stories of courage, perseverance and tolerance,” according to the official press release.

“The most amazing part is that these are all accomplishments made by ordinary children who faced extraordinary hatred.”

Of course, Yousafzai is no stranger to hatred.

She faced scrutiny and contempt towards her from the time she began blogging about life under Taliban rule as a child.

However, what made her a target was advocating for girls’ education.

In October 2012, a gunman wearing a mask boarded Yousafzai’s school bus and proceeded to shoot her in the head. He also shot two of her schoolmates.

But, instead of keeping her quiet, this traumatic experience only caused Yousafzai to become more vocal with her cause.

She went on to co-found the Malala Fund, a non-profit organization whose mission is to create a world in which every young girl has the power to control her future.

At just 17 years old, Yousafzai became the youngest person ever to be awarded the Nobel Peace Prize for her relentless fervour for making education accessible to every child.

“Our goal is to provide a safe environment for families to have critical conversations about real-world issues,” Dr. Jeffrey H. Patchen, president and CEO of The Children’s Museum of Indianapolis, said in a statement.

“Malala’s courage to fight for her beliefs can help young people understand they don’t have to succumb to racism, discrimination or bullying. They each have a voice and the power to make a positive difference in the world.”

The Power of Children exhibit will feature the entirety of Yousafzai’s story from the struggles she faced attempting to receive an education, to the groundbreaking movement that she has created.

The museum will create a representation of her home in the Swat Valley and provide information regarding her life, demonstrating how she utilized her family’s computer to broadcast her message.

Above all, the exhibit will present Yousafzai’s legacy while also featuring other girls who have advocated for the right to go to school.

“Malala embodies the true spirit and resilience of the valiant people of Pakistan. Her bravery and courage in the face of adversity has inspired millions around the world to stand up for the cause of education,” said Dr. Asad Majeed Khan, Ambassador of Pakistan to the United States in a statement.

“Today, Malala is a role model for the world’s youth. While we pay tribute to Malala, I want to share that girls in Pakistan are emerging successfully across all walks of life. The Government of Pakistan remains committed to the social and economic empowerment of girls.”