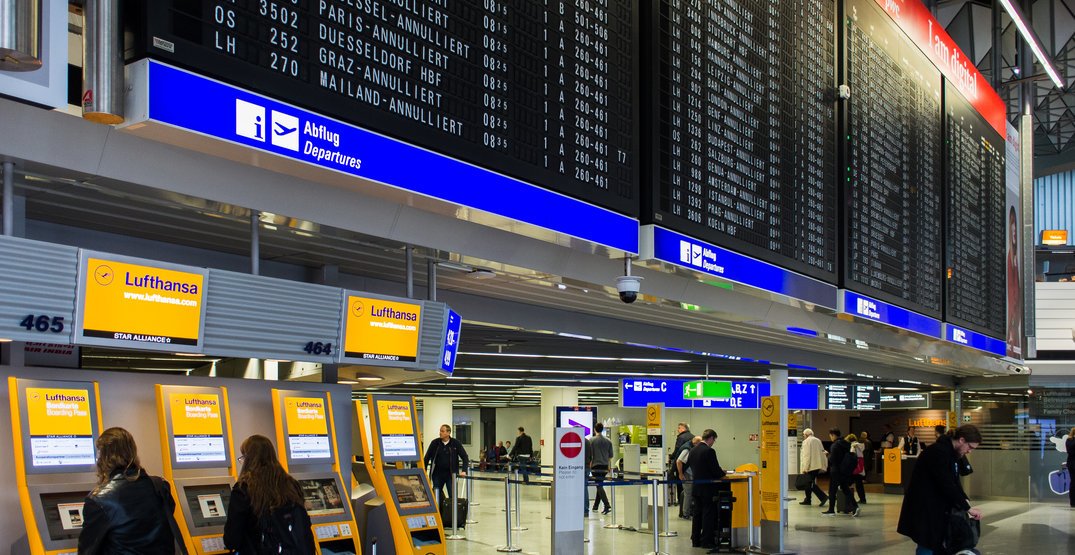 With cabin crews on a two-day strike, German airline Lufthansa has had no choice but to cancel some 1,300 flights.

The company lost a last-ditch legal bid to halt the strike and, as a result, the impact of these flight cancellations will affect roughly 180,000 passengers.

The airline has apologized to passengers for the inconvenience, while the Independent Flight Attendants Organisation (UFO) claims that the strike was unavoidable as labour negotiations with Lufthansa are at a standstill.

NPR’s Rob Schmitz reports, “Lufthansa and the union representing the flight attendants have been at odds for months over the union’s legal status, and a last-minute effort by the airline to halt the strike failed after a court in Frankfurt confirmed the walkout was legal.”

According to The Local Germany, the flight attendants accepted an olive branch from Lufthansa CEO Carsten Spohr and agreed to preliminary talks over the weekend. However, the strike is not anticipated to end early.

The UFO union claims that the strike would impact all departures for Lufthansa aircraft from German airports. With Munich and Frankfurt being two of the country’s busiest airports, a large number of planes remain on the ground.

The walkout is the largest call to action from the union since a strike that lasted a week back in 2015, which resulted in many cancellations for Lufthansa.

Although he has declined to specify the exact amount of money that the strike is costing the airline, Lufthansa’s finance chief Ulrik Svensson has stated that these types of protests cost “between 10 and 20 million” euros (between 14.5 and 29 million CAD) per day.

The airline has cancelled 700 flights on Thursday and 600 on Friday. These flights make up around one-fifth of its planned flights spanning the 48-hour period.

In an attempt to rectify relationships with disgruntled passengers, Lufthansa has offered those travelling between German airports to exchange their tickets for train tickets online while others were offered alternative flights.

On their website, the airline claims that it “condemns the strike call in the strongest possible terms” and encourages passengers to utilize the self-service options for ticket refunds, rail ticket vouchers, and rebooking services.

UPDATE: Lufthansa asks passengers affected by the strike to make use of the self-service facilities for own rebooking, refund of their tickets and issuing rail vouchers. Please find more information about rebooking and care costs here: https://t.co/gAMBf1DB2Y pic.twitter.com/py1gydL8D9

In a statement released prior to the strike going into effect, the flight attendants’ union condemned Lufthansa for not cooperating with them earlier to avoid the labour impasse stating, “Instead of averting the strike, plans were changed on a massive scale and additional standby services were acquired for the day of the strike.”

The union had already staged a day-long warning strike last month at four subsidiary airlines of Lufthansa, prompting dozens of flights to be cancelled at Germanwings, Eurowings, SunExpress, and Lufthansa CityLine.

The airline has long argued that the union no longer possesses the right to represent their staff following an internal leadership dispute, and has challenged the legal status of the union in court.

Other airlines operating under Lufthansa, including Brussels Airlines, Austrian Airlines, and Eurowings will not be affected by the strike, according to the BBC.