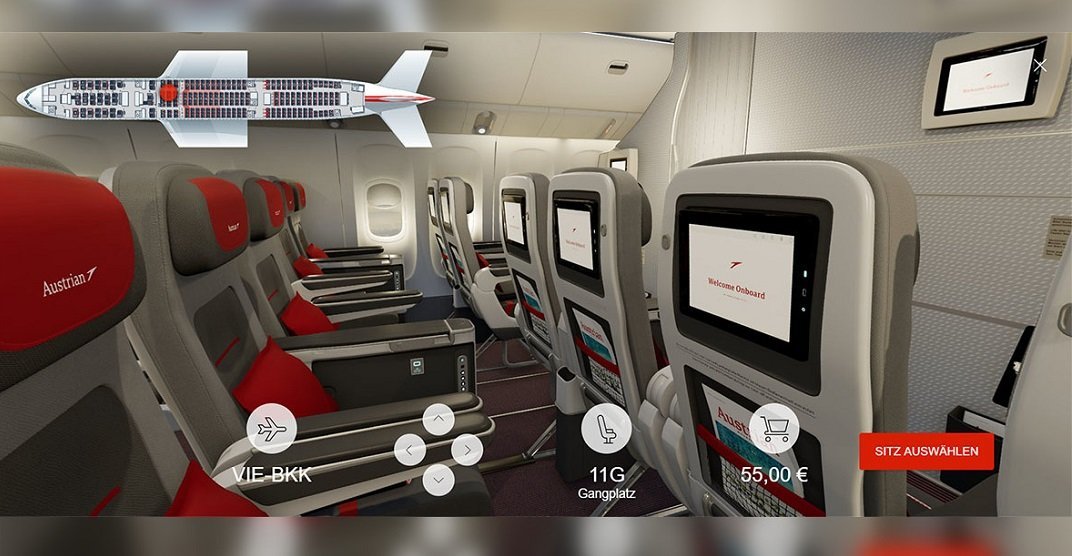 Planning a trip is always exciting, but executing the logistics of itineraries, accommodation, and flights can sometimes be a pain.

Austrian Airlines‘ new feature allows passengers aboard Boeing 777 aircraft to virtually view their preferred seats and reserve them directly through the normal booking process via their new 3D seat map for a Goldilocks feel that is just right.

The airline is based out of Vienna and possesses 85 aircraft.

The collection of planes is mostly made up of A320-200s, primarily utilized for travel around Europe. However, they also hold six 767s and six 777s for longer-distance international travel, which is where these 3D seat maps will be initially implemented.

Previously only available in a two-dimensional format, the airline has been working to develop this updated version in a joint effort with Spanish agency Renacen.

The new innovative service allows passengers to gain insight into what they will see and experience in the cabin of the aircraft as part of the booking process and is available for all travel classes, Economy, Premium Economy, and Business Class.

The airline said in a press release, “With this innovation project, the Austrian home carrier is a pioneer within the Lufthansa Group.”

It has not been stated when the technology will be carried out across other aircraft or through the entire Lufthansa Group.

The company forecasts that the function will also be accessible via the Web Check-In Portal by the end of the year, with further expansion and development of the feature anticipated.