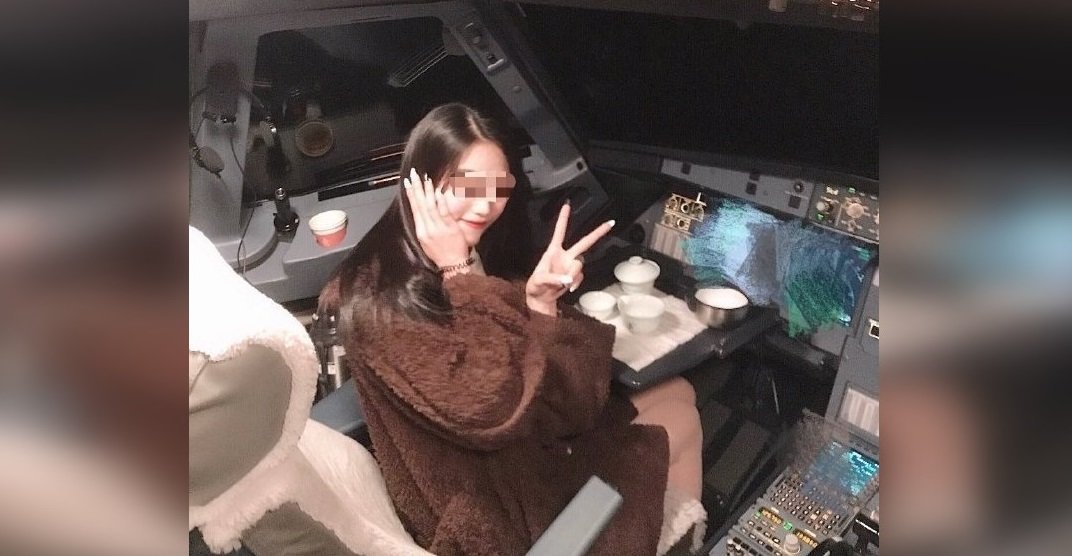 A Chinese pilot has been fired after a photo of a woman sitting in the cockpit of an airplane blew up on social media, sparking mass upset over broken safety rules.

The photo was posted on a social media network similar to Twitter called Weibo. The woman photographed is shown in the pilot’s seat, striking a pose and wearing civilian clothes with the caption, “[I am] super thankful to the pilot! I am really so excited.”

A Chinese aviation blogger identified that the image was taken aboard an Air Guilin aircraft mid-flight and denounced the airline for violating flight safety protocol.

Although the original photo has been deleted from the woman’s Weibo account, the damage is already done, and the image went viral, with the aviation blogger’s post currently standing at over 23,000 likes.

Air Guilin has confirmed that the incident occurred during a flight from the southern city of Guilin to the eastern city of Yangzhou on January 4.

In an official statement on Monday, the airline said that it had suspended the unnamed pilot from their duties “for life” because they violated civil aviation rules. Other members of the flight crew had been banned indefinitely, with further investigations taking place.

A captain of Air Guilin was banned from flying for life after allowing a young lady to sit and take a selfie inside the cockpit while the aircraft was flying. https://t.co/WaeIRqNWz0 pic.twitter.com/mnBL2ElBC5

Air Guilin’s statement went on to say that it has a “zero-tolerance policy towards any unprofessional and improper acts that could endanger air safety,” and that it has vowed to enhance its safety guidelines to prevent future events of this nature from happening.

The photo sparked outrage across Chinese social media, with many claiming that the pilot’s irresponsibility put the passengers’ lives at risk while others critically questioned how an aviation professional could not comprehend the basics of air safety.

The woman in the photo has since been identified as a student of Guilin Tourism University taking a flight attendant course, according to the state-run newspaper People’s Daily. 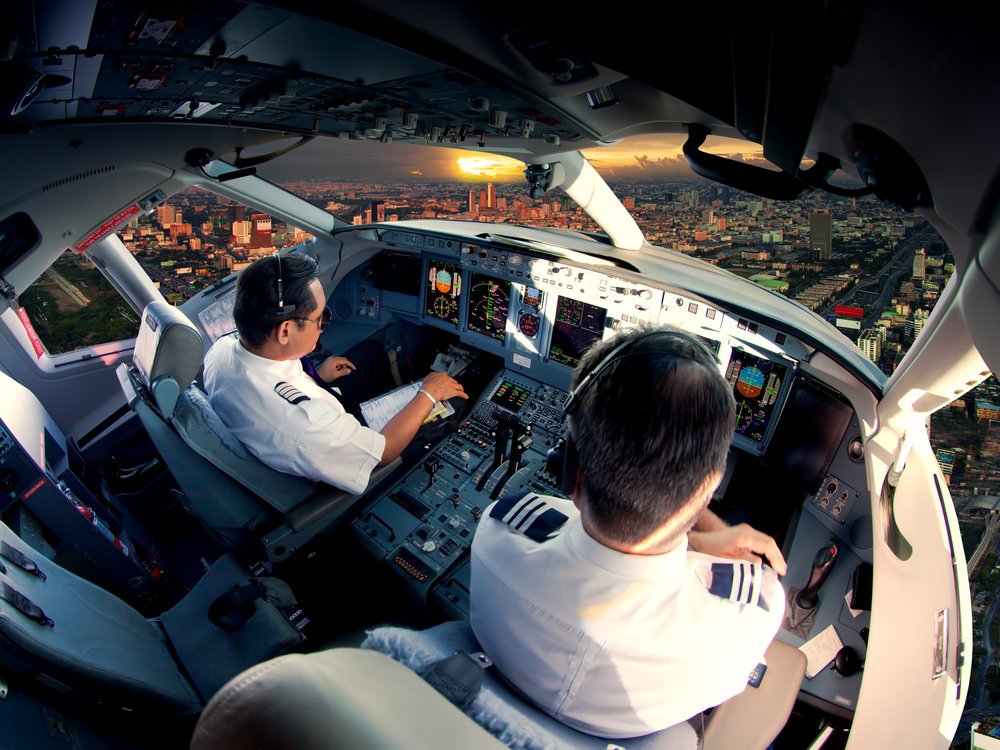 The view from the passenger aircraft cockpit. Pilots at work. The airplane climbs over the cityscape and skyscrapers at sunset (Skycolors/Shutterstock)

What is perhaps most concerning is that this is not the first instance in which pilots in China have violated air safety rules by inviting guests into the cockpit mid-flight.

A similar incident took place in 2018 when a pilot was issued a six-month suspension when it was discovered that he had invited his wife into the cockpit three separate times during a Donghai Airlines flight, according to People’s Daily.

Following the 9/11 terrorist attacks, airlines around the world have enacted stronger security measures surrounding who is authorized to enter a cockpit.

Former managing director of the US National Transportation Safety Board Peter Goelz informed CNN back in 2015 that automated locks have been installed on aircraft across the United States to prohibit uncertified persons from gaining access to flight control systems.

If there is one profession that cannot afford any distractions, it is a pilot. Passengers should feel at ease knowing they are in the hands of a trustworthy and qualified professional. All the flashing lights and buttons are alluring, we know, but the only people who should be able to access the cockpit are flight crew and pilots. No exceptions.