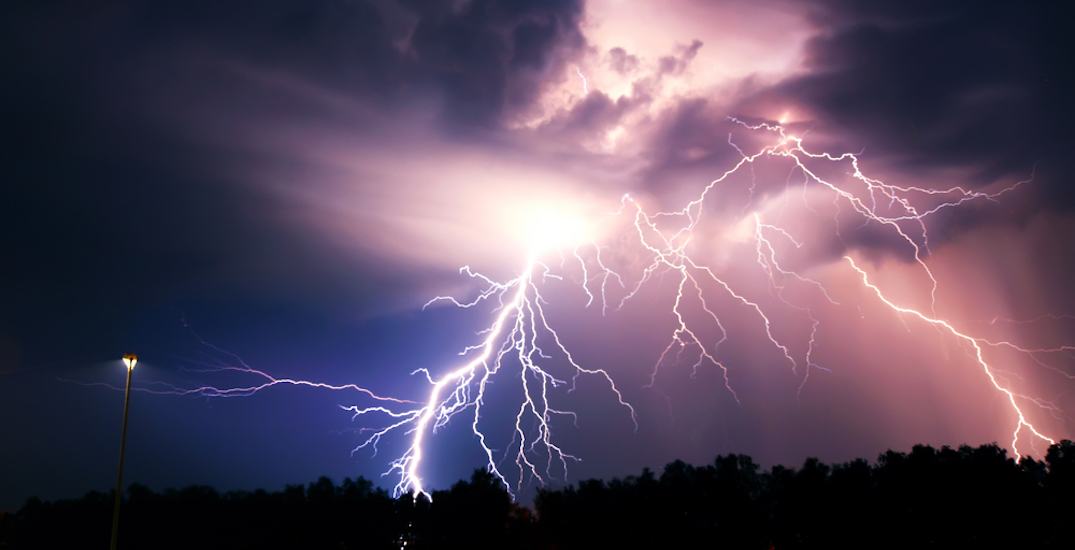 Santa Claus and co. received some unexpectedly early Christmas lights in the North Pole thanks to a rare series of lightning strikes.

The lightning strikes were the latest events added to a rare list of Arctic occurrences this summer.

The strikes joined the list of raging wildfires, losses of sea ice, and a heat-wave that caused roughly 55 billion tons of ice to melt from a Greenland Ice Sheet in late July and early August.

The North Pole lightning was detected by The National Weather Service of Fairbanks, a mere 300 miles from the North Pole between 4 pm and 6 pm on August 10.

According to the weather agency, it was “one of the furthest north lightning strikes in Alaska forecaster memory.”

A number of lightning strikes were recorded Saturday evening (Aug. 10th) within 300 miles of the North Pole. The lightning strikes occurred near 85°N and 126°E. This lightning was detected by Vaisala’s GLD lightning detection network. #akwx pic.twitter.com/6jdxeMPBdH

Although a variety of factors come into play for the northern light show, weather officials say the unusually warm Arctic temperatures, a lack of sea ice, and the wildfire’s smoke triggered the lightning’s unexpected strikes near the top of the continent.

A total of 48 individual strikes hit the land, 300 miles from the North Pole, according to Alaskan weather officials.

Climate scientist, Daniel Swain, said the lightning strikes were “pretty wild” in a series of tweets.

“Lightning above the Arctic Circle is not nearly so rare, as it does tend to occur each summer in parts of interior Alaska and northern Siberia, for example,” tweeted Swain. “But lightning within 300 miles of the North Pole itself is…quite something.”