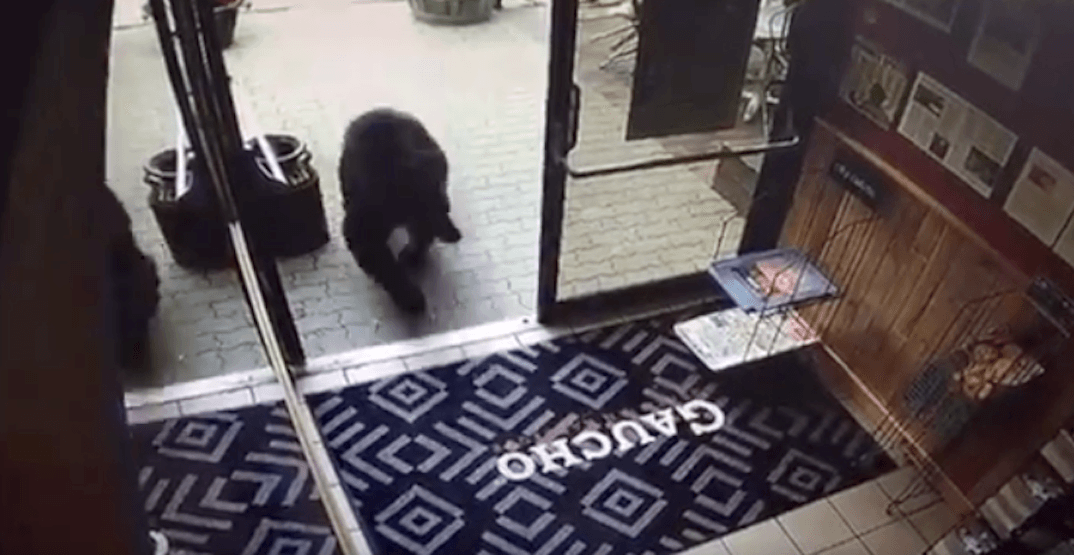 “So a black bear walks into a  Brazilian BBQ restaurant…”

It may sound like the start of a bad joke, but the proof is in the video posted to Gaucho Brazilian BBQ’s Twitter page.

According to the tweet, a black bear did stroll on in through the Canmore restaurant’s front doors on Sunday, July 7.

The bear is seen standing at the front of the restaurant for a moment before turning around and fleeing — perhaps realizing that it didn’t have enough to pay for the Brazilian fare.

Given the praise seen in the replies to the video, it’s pretty clear why the bear chose that restaurant to wander into…

That’s 3 blocks from our condo, a Brazilian steak house that smells amazing all the time,, the bear has great taste. 🤠

Take a look at the short video to see for yourself exactly how Canadian things can really get up in the Rocky Mountains.

A bear tried to come into the restaurant today but we told him, “No shirt, no shoes, NO SERVICE!” #Canmore pic.twitter.com/fUfOdpkXfF