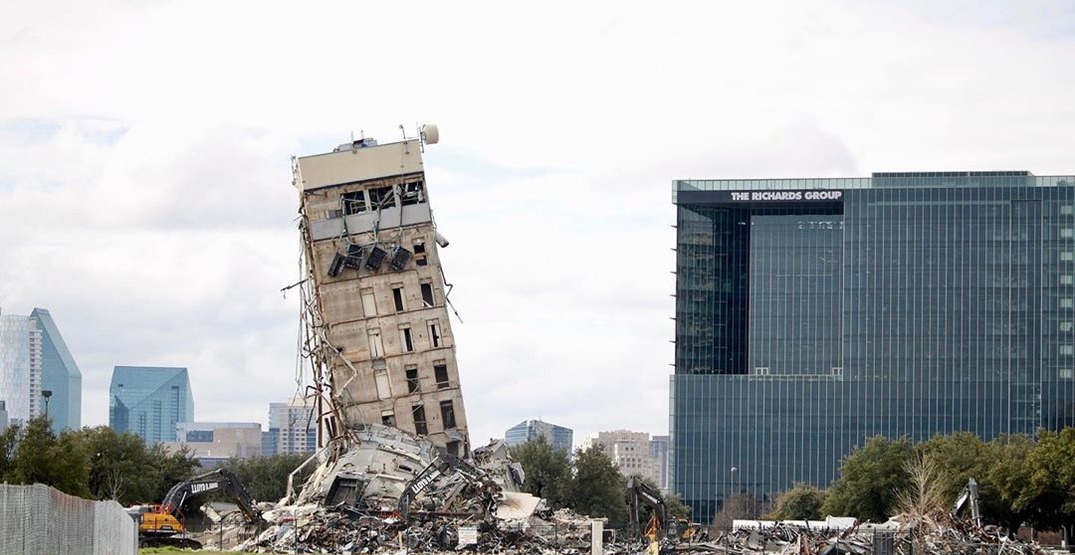 Following an attempt to demolish it by implosion on Sunday, a building in Dallas, Texas, has been taking the Internet by storm.

The tower — since dubbed the Leaning Tower of Dallas — became a social media sensation, with many users capturing and posting photos of themselves ‘holding’ the tower up or pointing at it in the foreground.

Following the failed demolition project, the building remained standing, albeit lobsided, and now bears a striking resemblance to another leaning tower across the pond, Italy’s Leaning Tower of Pisa — hence the nickname.

One user wrote, “Whenever a new landmark is established right next to your home, you have to take a picture with it!”

“I actually screamed when I saw it. Not sure why this makes me happy, but it REALLY DOES! #leaningtowerofdallas,” wrote another.

The adoration for the structure has been felt so deeply that many don’t want the rest of the demolition process to continue.

Justin Mitchell, a devoted fan of the leaning tower, went so far as to start a change.org petition to “save this landmark from destruction” through making it a UNESCO World Heritage Site as well as a Texas Historical Landmark.

“Over the past few days, the Leaning Tower of Dallas has become the city’s largest cultural icon. After making national headlines, we are finally famous for something other than the JFK Assassination,” Mitchell explains.

“We need to act FAST! We need to reach out to local officials to save our new historical landmark. You wouldn’t tear down the Leaning Tower of Pisa or the Great Pyramids of Giza and replace them with condos, would you?”

A variety of reasons are listed on the petition to save the beloved building, including its cultural and historical significance, the prevention of more overpriced housing, potential income from tourists coming to see the structure, and “sticking it to shitty developers.”

Dank memes and adding character were also included in the list of reasons.

The #LeaningTowerOfDallas is a lesson on fortitude and perseverance. I almost got bodied physically and mentally by Monday, but today I’m still standing. 💪🏾😉 pic.twitter.com/lj2q1NSFvI