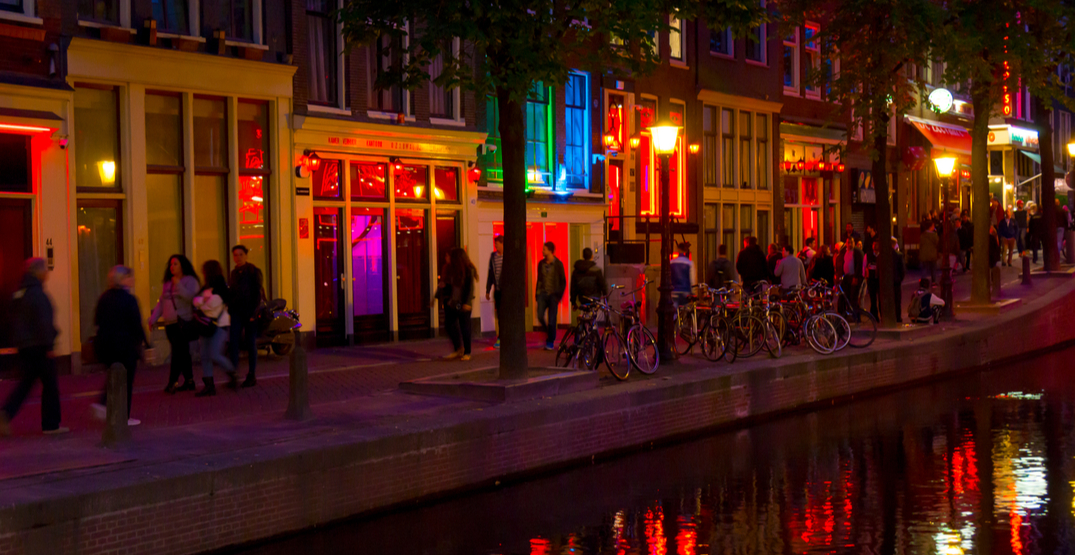 For years, two particular attractions have drawn travellers to visit Amsterdam, the general acceptance of recreational cannabis use, and the mysterious and alluring De Wallen neighbourhood, perhaps more commonly known as the Red Light District.

However, as of April 2020, the Municipality of Amsterdam says it will “tighten up the exemption policy for guided tours” of the Red Light District.

According to the new policy — originally written in Dutch — despite already existing measures having been put in place, “residents, entrepreneurs, and sex workers are still experiencing great nuisance from guide groups.”

Therefore, extra precautions will be enacted to reduce these inconveniences for the residents while improving the quality of life for those living and working in the city center.

The Red Light District comprises of a series of alleyways offering a variety of 18+ activities, including legal prostitution and several coffee shops that sell cannabis.

According to Lonely Planet, over 290 red-lit window brothels exist within the district, and the sex work industry generates roughly €650 million (~ $930 million CAD) annually.

With the new policy updates, guided tours are required to take place between 8 am and 10 pm with groups of no more than 15 people.

Tours of the prostitution windows are entirely prohibited, as is recruiting participants.

Drugs and alcohol are also not permitted during the tours.

The municipality hopes that these regulations for group tours will reduce noise from crowds, create more available space on streets, and, perhaps most importantly, ensure a “more reliable working environment” for sex workers.

Regarding cannabis, in an August 2019 study that surveyed over 100 foreign visitors to the Wallen/Singel area between the ages of 18 and 35, 65% of respondents use cannabis and visit the areas coffee shops.

The survey, issued by Mayor Femke Halsema, investigated the most popular reasons for young people to visit Amsterdam.

A post shared by Amsterdam Coffeeshop IBIZA (@amsterdamcannabis) on Nov 8, 2019 at 3:05pm PST

Interestingly, banning these coffee shops would provide a reason for those that choose to indulge in the devil’s lettuce not to visit the city at all (11%) or less frequently (34%).

The survey also inquired whether visitors would be willing to pay an entry fee to visit the Wallen/Singel areas, to which 32% said they would stop coming, and 44% stated they would come less often.

Between the two, the coffee shops pose a much stronger appeal overall for international tourists than the Red Light District, with only 1% of participants claiming that window prostitution was the primary reason for their visit and 72% citing coffee shops.

The survey’s results have inspired the city and Halsema to reduce the attraction of cannabis tourists while also establishing a clear separation of the hard and soft drug markets.

Although it may seem as though cannabis and the Red Light District are the most popular reasons to visit Amsterdam, according to the survey, what attracts visitors is much more wholesome in nature, with walking or cycling around the city as two of the largest appeals.