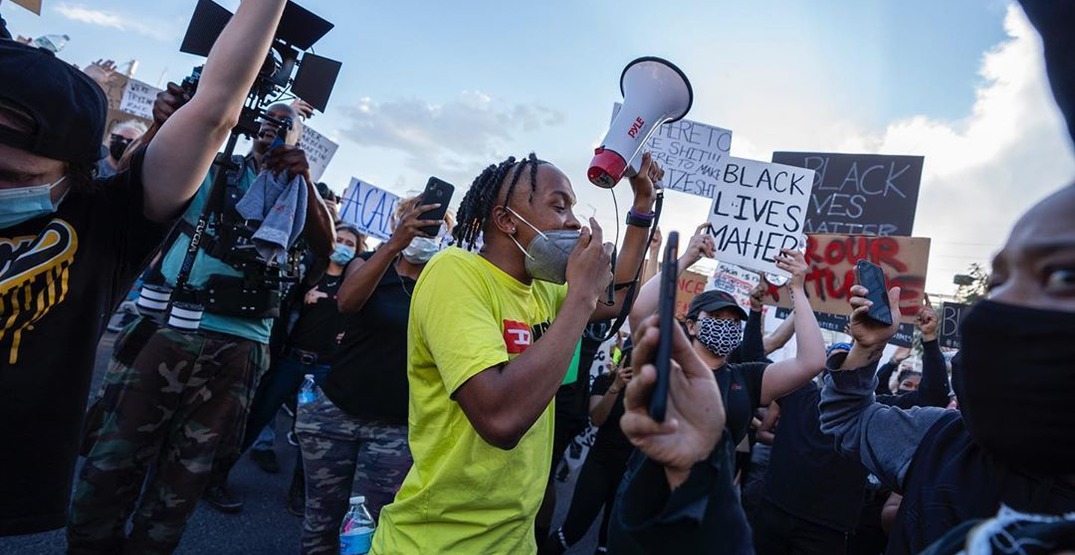 Authorities in Las Vegas are moving forward with the City’s reopening efforts despite tensions between police and protesters escalating and becoming violent on Friday and into this week.

Nevada Governor Steve Sisolak announced on May 26 that the state was ready to enter Phase 2 of the “Nevada United: Roadmap to Recovery” reopening strategy starting on May 29. During Phase 2, public and private gatherings will be permitted for groups of no more than 50 people, up from the original 10.

Gyms and fitness facilities, dining areas in restaurants, aesthetic establishments such as hair and nail salons, and body art and piercing venues will be permitted to reopen — all with a set of stringent health and safety protocols.

As of Thursday, Las Vegas casinos and gaming establishments are also allowed to reopen their doors.

Like most other regions of the United States, residents of Las Vegas have been expressing their outrage over the killing of George Floyd as well as the systemic racism and oppression that exists within the country.

The situation surrounding Friday’s protests took an aggressive turn after what began as a peaceful event turned violent leading to 80 arrests, including two photojournalists, one of which is a photographer for local publication the Las Vegas Review-Journal.

Ellen Schmidt and Bridget Bennett (a freelance photographer and former Review-Journal employee) face failure to disperse charges and were released from custody early Saturday after posting a USD $1,000 cash bond, the publication reports.

They deleted this video off YouTube because it shows what really happened Friday Protest in Las Vegas. The police attacked citizens, they attacked me, and they were the only gang out there. They terrorized our community and locked us in cages. Never forget who Metro really is 💯 pic.twitter.com/GgaIfShQLI

And conflicts continued to escalate into this week.

According to a press release from the Las Vegas Metropolitan Police Department, at approximately 11:30 pm on June 1, officers responded to a call to assist with a group of protesters that were throwing rocks and bottles at police.

As officers were taking one individual into custody, a gunshot was fired from across the street that reportedly hit LVMPD Officer Shay Mikalonis, who was transported to UMC Trauma by medical personnel. Homicide detectives were able to identify the suspect from video surveillance as 20-year-old Edgar Samaniego, who has since been taken into custody. Officer Mikalonis remains in critical condition.

Sisolak issued a formal statement with his condolences for the officer and his family, calling on the public to pray for them as well as “the victims of violence and for peace and justice in our community.”

I ask everyone to pray for the officer’s family, for the victims of violence and for peace and justice in our community. I am committed to working with community leaders & all those interested in solutions that lead to real social justice reform and unity. https://t.co/Amcp6mK7FI

Protests proceeded the following night but in a more peaceful manner and with what appeared to be governmental support.

In a statement issued by Sisolak on Tuesday, he explained that he would be activating additional members of the Nevada National Guard in response to “local request” as a means of providing additional support for State and local police.

Today, in response to a local request in Southern Nevada, I activated additional members of the @NVNationalGuard to provide support for State and local law enforcement. pic.twitter.com/s3VewYGR47

“The Nevada National Guard units will not be on the front lines, making arrests or doing crowd control,” he explained. “Their mission is to act as support personnel and they will focus on protecting critical facilities, preserving public safety, and allowing individuals to exercise their rights to peacefully demonstrate.”

Yesterday, the governor also issued a statement in support of legal observers who have been attending the protests to lend their legal expertise.

Today, I released the following statement in support of legal observers providing guidance and advice at protests. Thank you to the attorneys, including @johnpironv, who are volunteering to provide this valuable service as part of our system of justice. pic.twitter.com/lws5FOwMB8

The statement describes how these volunteer lawyers could be found wearing red T-shirts that read “Legal Observer.”

“If you have any questions about how to lawfully express your rights or what conduct is lawful, please seek out one of these volunteers,” Sisolak explained.

Similarly, the Nevada Attorney General’s office issued a tweet outlining citizens’ rights to demonstrate and protest. “Know your rights,” the tweet states. “Every resident of Nevada has basic free speech rights and rights that protect you when you have contact with law enforcement.”

The tweet continues to encourage those demonstrating to do all they can to ensure safe physical distancing and to wear masks when they can.

Know Your Rights | Every resident of Nevada has basic free speech rights and rights that protect you when you have contact with law enforcement. Also, remember to do your best with social distancing and wear a mask when you can. @LVMPD@WashoeSheriffhttps://t.co/4ZGpGroUZR pic.twitter.com/nEqBR6k68t

A post shared by BLACKLIVESMATTERLASVEGAS (@blacklivesmatterlasvegas) on Jun 3, 2020 at 11:52pm PDT

A post shared by BLACKLIVESMATTERLASVEGAS (@blacklivesmatterlasvegas) on Jun 3, 2020 at 4:00pm PDT