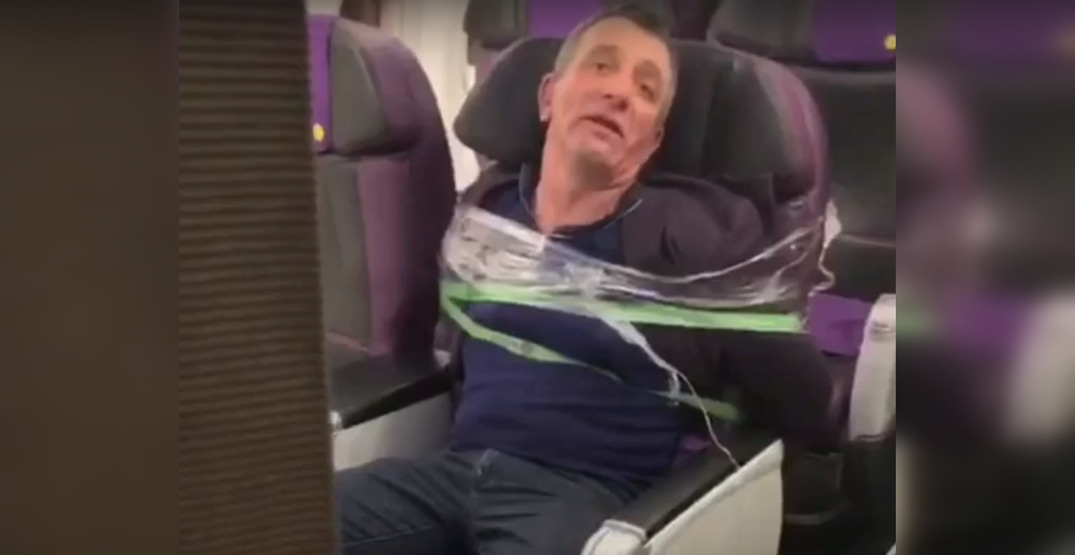 West Siberian SU on transport of the IC of Russia/VK

An allegedly heavily intoxicated airline passenger was bound to a seat with duct-tape after attempting to enter the cockpit mid-flight on Sunday, December 15, 2019.

The S7 flight was between the Russian cities of Mineralnye Vody and Novosibirsk.

According to a statement — published in Russian — issued by the Ministry of Internal Affairs of the Russian Federation, the flight crew of the aircraft issued a message to the deputy department of the line department (LO) at Tolmachevo airport.

The crew requested assistance from police officers on the ground due to the unruly conduct of one of the passengers.

Once onboard, officers found the man secured to one of the plane’s seats.

The passenger had displayed visible signs of intoxication during the flight and reportedly used inappropriate language towards the flight attendants as well as other passengers.

“He reacted aggressively to the comments of the airline employees, trying to enter the cockpit. To avoid serious consequences, the crew was forced to limit [his] movements,” the statement reads.

“The public order offender was taken to the police on duty, where he continued to behave defiantly [and] used obscene language against police officers on duty.”

The investigation department of the LO of the Ministry of Internal affairs of Russia has since begun conducting a criminal case against the detained passenger.