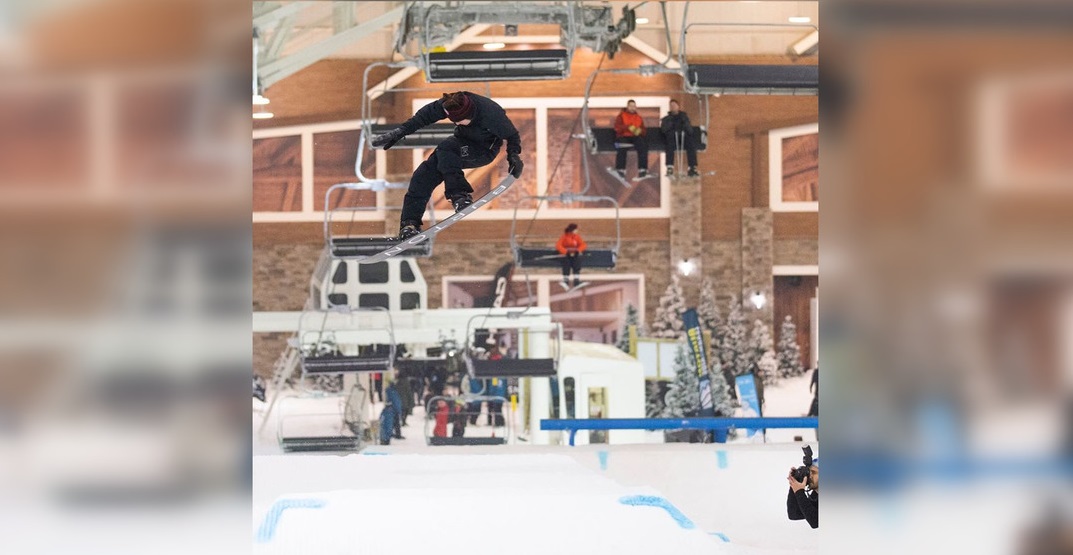 For all of you avid skiers and snowboarders who don’t want the winter fun to stop once the snow melts, do we have news for you!

North America’s first and only indoor ski resort is now open for business.

According to the company’s website, Big travelled long and far from the Yukon Territory searching for Jersey pizza, shredding, fun, and, of course, endless winter.

Big SNOW American Dream is operated by New Jersey-based SNOW Operating and is the first of its kind within the United States and Canada.

Whether you’re a first-timer or seasoned pro, Big SNOW is receptive to anyone and everyone.

It’s “the most fun you can have indoors.”

Inside is a constant temperature of 28°F (-2°C) year-round to maintain optimal, consistent snowy conditions for the centre’s more than 5,500 tons of snow.

The snow itself is maintained via “special snowmaking machines” that distribute a fine mist of cold water into the air above the slopes.

The resort is the latest attraction at the East Rutherford, New Jersey, complex, which also contains the Nickelodeon Universe theme park as well as an ice-skating rink.

Multiple packages and lesson tiers, including private lessons, a beginner’s guide, and children’s programs, are offered for guests.

“We could not be more excited to be bringing Big SNOW to the public this December,” said Hugh Reynolds, vice president of marketing and sales at SNOW Operating, in a statement. “Big SNOW is a game-changer for skiing and snowboarding in the United States… Our goal is to introduce more than a quarter-million new skiers and snowboarders to the sport in the next year. It’s going to be truly amazing.”