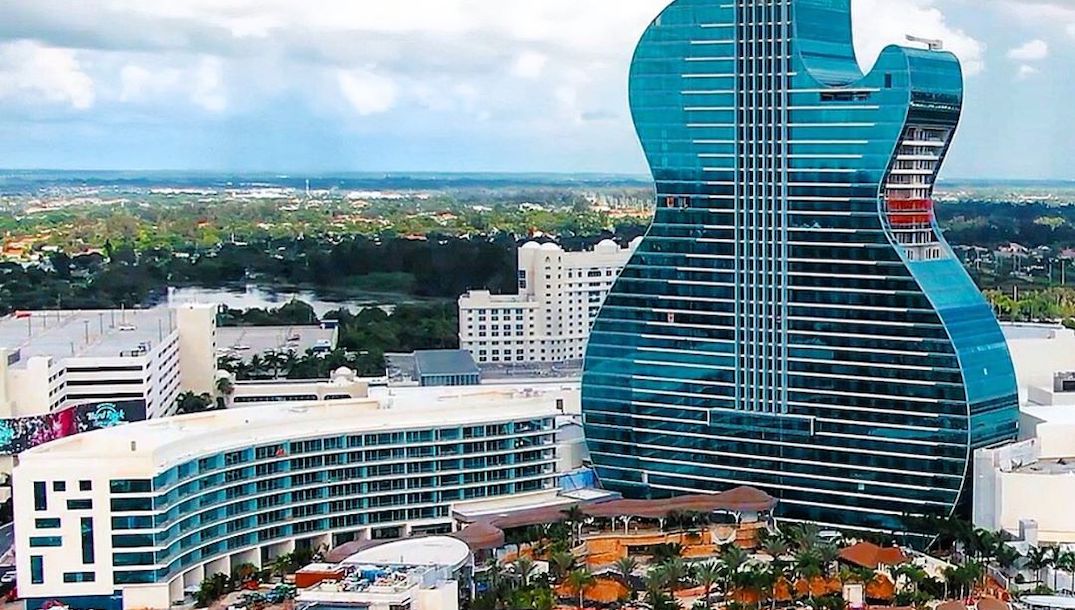 The stunning glass hotel is located in Hollywood, Florida (not to be confused with Los Angeles), where Seminole Hard Rock underwent a massive expansion.

Renovations included the 450-foot Guitar Hotel, a poolside Oasis Tower, a 13.5-acre lagoon, and a state-of-the-art concert venue, to name a few.

“Boasting the sun-filled and sunset-laden South Florida skies, the Guitar Hotel is truly an architectural marvel that redefines the South Florida skyline,” the website reads.

Luxury rooms with floor-to-ceiling windows will allow guests to view the hotel’s surroundings. The Guitar Hotel was designed to resemble two guitars placed back-to-back — just like that Drake song. Architects even included guitar faces and strings.

The seven-story lagoon-adjacent building will feature exclusive swim-up suites and a private swimming area. While its name has less to do with your favourite guilty pleasure band than proximity to the swimming pool, it’s still an ideal venue for guests enjoying the Hard Rock resort’s musical offerings.

Combined, the Guitar Hotel and the Oasis Tower will add 800 luxury guest rooms and suites to the resort, raising the grand total to 1,200 rooms. Room prices have not yet been listed on the Seminole Hard Rock website.

This mega-pool area will span 13.5 acres and create three distinct waterfront areas: a sandy Florida-style beach, a tropical lagoon with waterfalls and palms, and a waterway the length of three football fields for stand up paddleboarding and canoeing.

The Bora Bora experience will even offer accommodation in submerged villas with VIP butler service.

Those wishing to luxuriate will also find a 42,000-sq-ft spa. The vast wellness centre also features a salt suite, dipping pools, couple’s suites, a fitness centre, and a salon.

Alternative ways to treat yourself can be found within the 26,000-sq-ft shopping promenade. 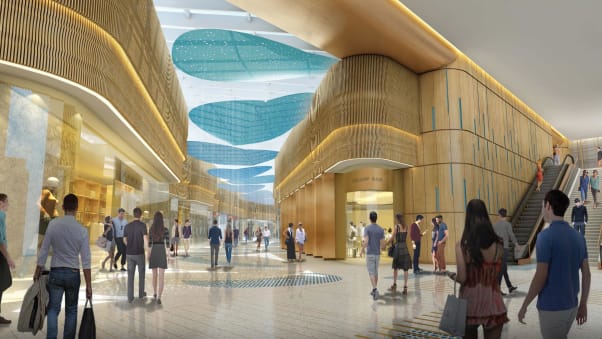 “Dining will raise the bar,” with 16 unique concept restaurants in the works to please a variety of tastes. Ample nightclub, day club, bar, and lounge options will also be scattered throughout the property to ensure vibrant nightlife and day life.

For those who want to roll the dice, the casino gaming floor is also getting a facelift. Approximately 200 table games and 3,000 slot machines will be added to Seminole Hard Rock Hollywood.

For those who mix work and play, the expansion will also include meeting spaces and a 38,000 carpeted exhibition hall to hose conventions and trade shows. 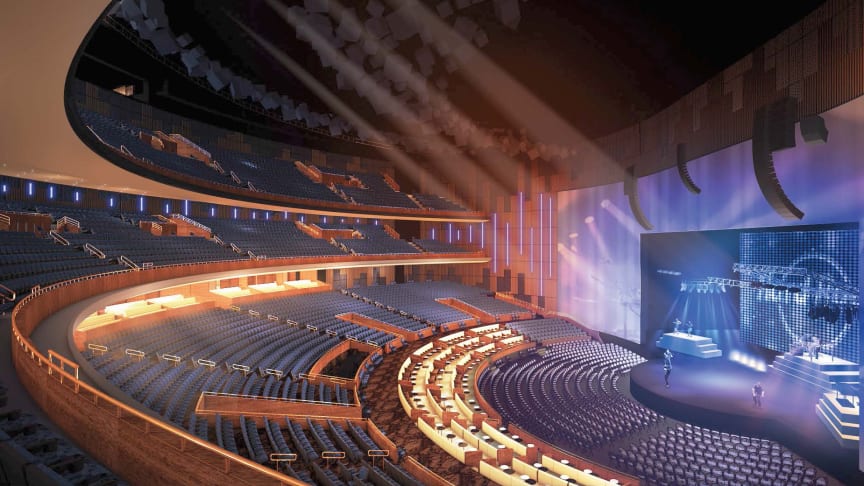 Keeping rock ‘n’ roll at the heart of the expansion, Hard Rock Live will also open its doors in October. The new 6,500-seat concert venue aims to be the epicentre of South Florida entertainment. It will be equipped with state-of-the-art technology in order to support A-list celebrity performances. Hard Rock Live also plans to host award shows, sporting events, and nationally televised programs.

“Acoustically pure with unobstructed sight-lines, the venue will be a stand-out option for entertainers and tours across the country as well as drawing internationally acclaimed acts,” the site description reads.

Other forms of entertainment will be free of charge for guests including The Oculus, a free show involving sound, light, water, and choreography that represents the Hard Rock’s bold energy. 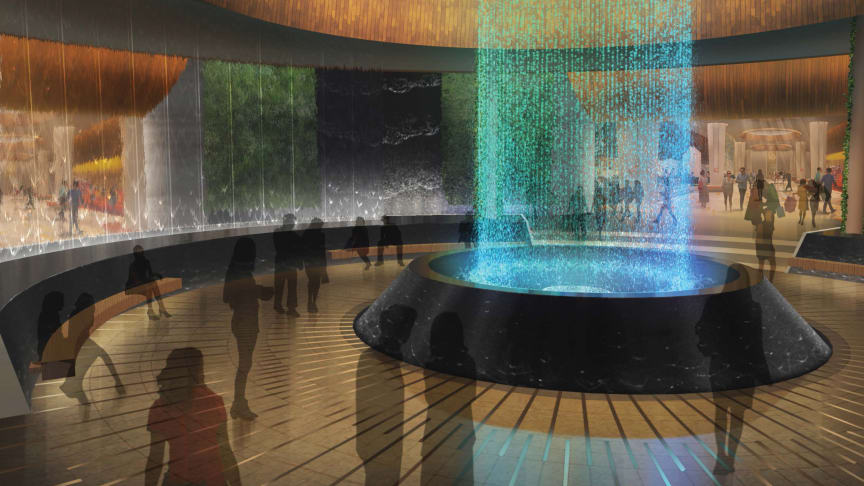 As opening weekend festivities at Seminole Hard Rock Hollywood kicks off, Maroon 5 will be performing at the new Hard Rock Live venue on Friday, October 25.