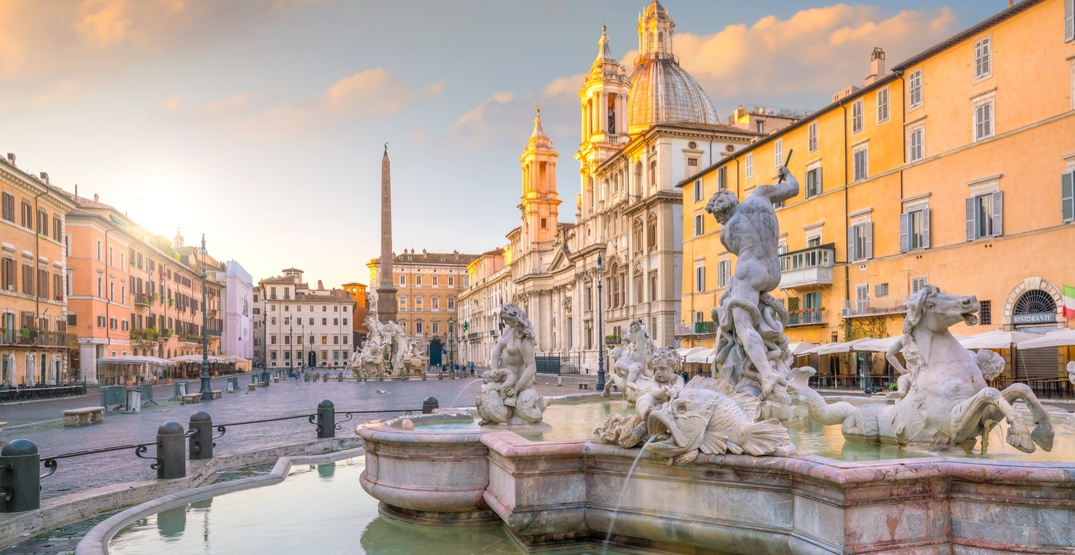 It couldn’t be a better time to check those European travel hotspots off your bucket list, with travel to Europe being the cheapest it’s been in three years.

And lucky for you, our Travel Guides have already done all the planning for you by providing where to go, eat, drink, and sightsee in some of the continent’s top cities!

According to data collected by travel search engine KAYAK, median airfare to Europe from Canada is down 10 percent nationally, which means it’s time to grab your suitcase, your best travel buddies, and get the adventure started.

“Flying to Europe, from Canada, has been notoriously expensive with roundtrip airfares typically well above $1,000. But, for the first time in three years, we are finally starting to see those prices come down with median airfare as low as $500 to some European cities,” says Steve Sintra, Canada Country Manager for KAYAK. “Factoring in the European Union’s plan to tighten travel security regulation in 2021, now is the time to start checking those European hotspots off your bucket list.”

Reykjavik and Dublin are the clear winners when it comes to price decreases over the years, with median airfare between $500 and $750 depending on which Canadian province you are flying from, and when you book.

Other common travel hotspots from Canada include Paris, London, Lisbon, Rome, and Athens, accompanied by first-timers like Dublin and Barcelona – all of which are experiencing price drops between six and 14 percent.

The travel dates for the cheaper fare prices are May 24 to September 2, 2019, and if travel dates are flexible, KAYAK recommends saving your vacation dates for August, given that prices start to creep down after the summer rush, with August 31 being the least expensive week for travel to Europe.

Here is a breakdown from KAYAK based on destination and province: 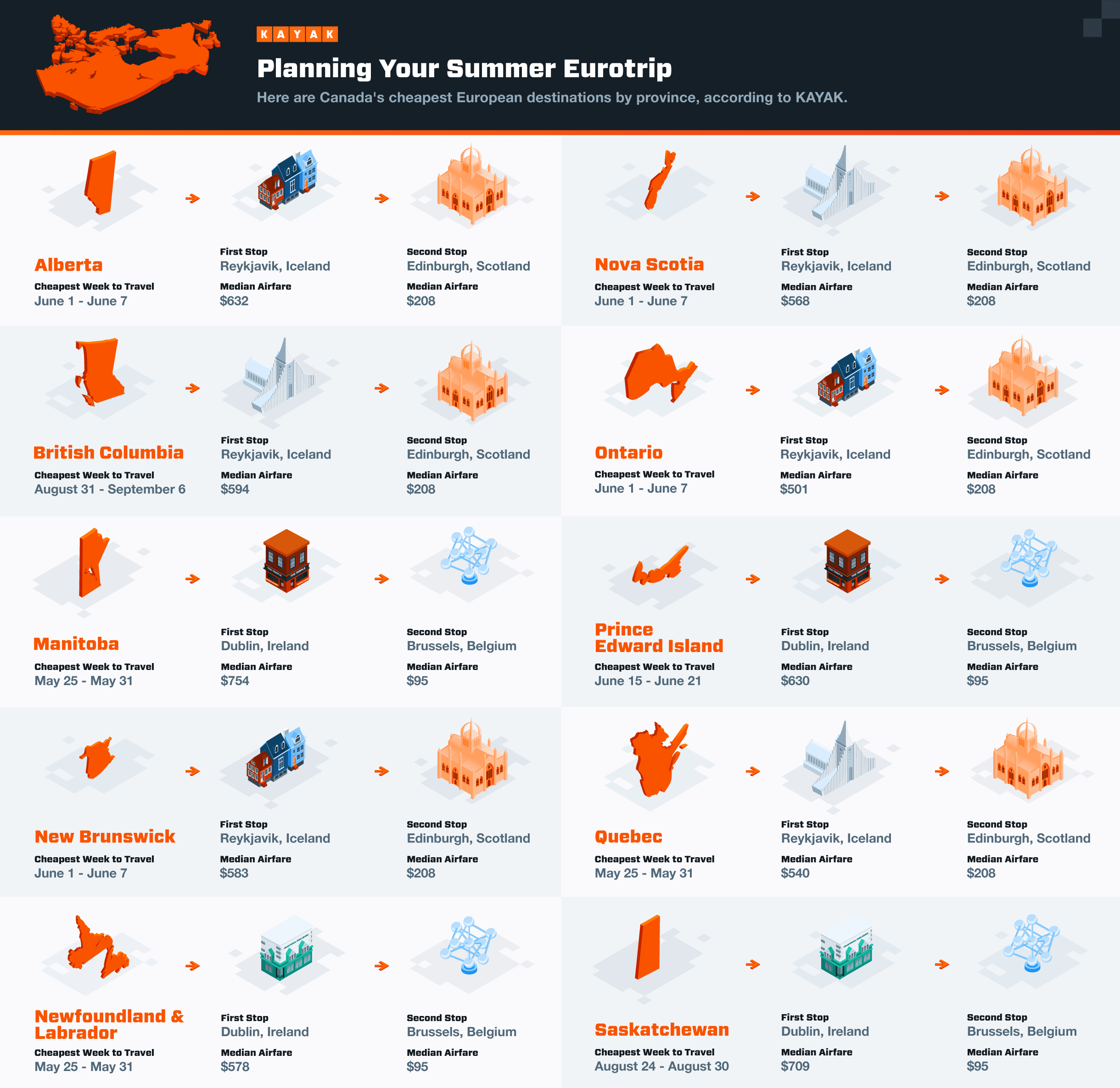 So who’s down for a little Euro trip!?