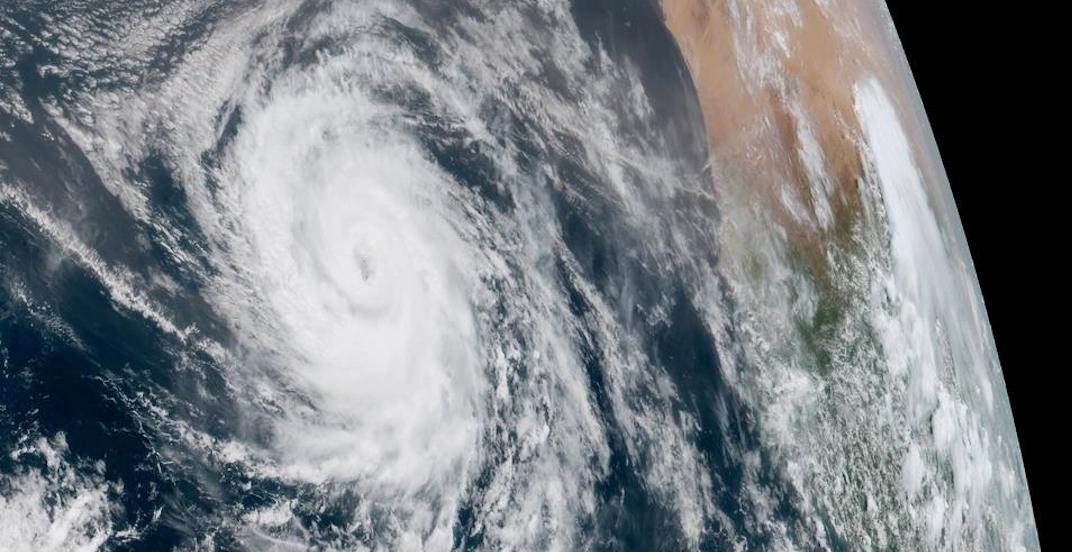 The federal government is warning Canadians to avoid all travel to a stretch of the US East Coast that is expected to be hit by hurricane Florence.

This includes areas from Edisto Beach in South Carolina to Duck North Carolina, including Pamlico Sound and Albemarle Sound.

During this time, the governors of North Carolina, South Carolina and Virginia have issued mandatory evacuation orders for many coastal counties in their states.

NEW: Florence is now a category 4 hurricane. Data from a NOAA Hurricane Hunter indicate that Florence has continued to rapidly strengthen and has maximum sustained winds near 130 mph (195 km/h) and a minimum central pressure of 946 mb (27.93 inches) https://t.co/tW4KeGdBFb pic.twitter.com/wfLt6fJPl2

Global Affairs says Canadians should also avoid travelling to parts of the Caribbean, including Dominica, Guadeloupe and Martinique, because tropical storm Isaac is headed in that direction.

Additionally, as super typhoon Mangkhut bears down on parts of southeast Asia, Global Affairs is warning Canadians to avoid non-essential travel to the Babuyan Islands in the Philippines.

Federal officials are asking Canadians in the affected areas to sign up for the Registration of Canadians Abroad service, which will allow the Canadian government to reach them in case of an emergency.

Last week, a Norwegian cruise ship bound for Bermuda abruptly changed its course to Halifax due to hurricane Florence in the Eastern Atlantic, which left many passengers outraged over the itinerary change.