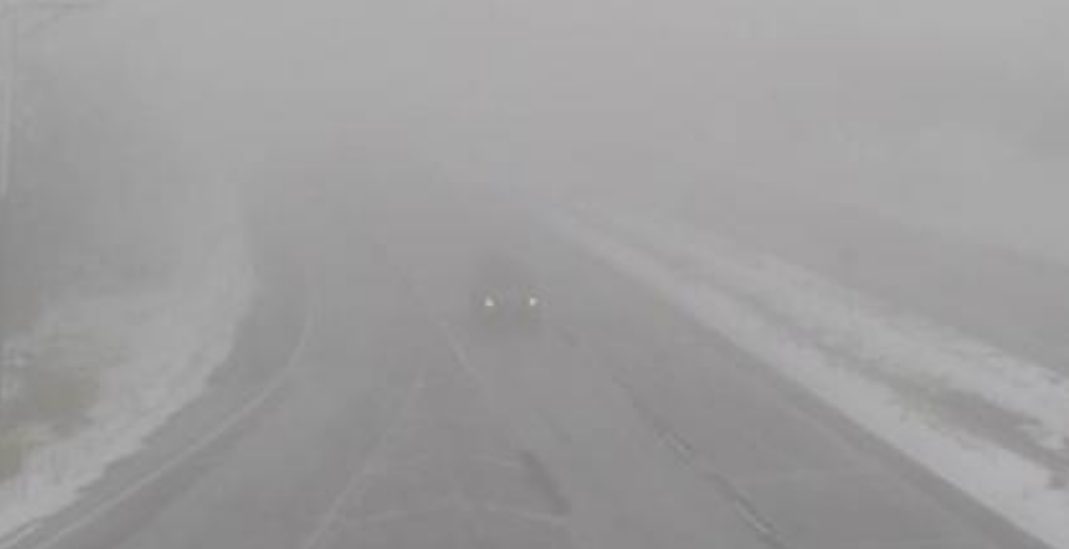 It seems like summer has made an early departure, as Environment Canada has already issued snowfall warnings for parts of BC.

Further up north, a special weather statement has been issued for Peace River, Fort Nelson, and Williston, all warning of “early season snowfall” that’s set to arrive on Tuesday.

The early blast of snow comes from a cold front that’s moving southward from the Northwest Territories to Northern BC.

Rain is expected to quickly change over to snow as the front passes.

Snowfall is expected to vary, although “current indications are suggesting that anywhere from two to 10 centimetres of heavy, wet snow will fall.”

Anyone travelling through the area, including Pine Pass and Highway 97, are advised to prepare for changing weather and road conditions.

Environment Canada states that “as the event draws nearer, forecasts will be refined and, if necessary, snowfall warnings will be issued.”